Discovering all the places you've dreamed of visiting? International health insurance is a must. Photo: Getty Images

Embarking on a new adventure, far away from everyday routine, has long been celebrated.

It’s also long been considered to have positive health benefits. In his ‘The Conquest of Happiness’, the English philosopher Bertrand Russell remarked, ‘If I were a medical man, I should prescribe a holiday to any patient who considered his work important.’

And it’s not just short trips abroad that have been known to revive the soul; relocating or living abroad may be even more beneficial.

Is there any truth to the idea that a change of scenery has beneficial effects? Could adventure and exploration, in fact, be ‘the best medicine’?

In partnership with international health insurance provider Cigna Global, we look at the evidence.

The science is reasonably unequivocal as to the effects of travel on the brain: The ‘positive effects of travel experiences on perceived health and wellness have been demonstrated by multiple studies’, as stated in a 2013 literature review by researchers from Washington State University and Texas A&M.

Over the last decade, a number of studies have lent weight to this conclusion.

Significantly, a paper published in the Personality and Social Psychology Bulletin showed that travelling and experiencing different cultural environments, a key component of living abroad, led to more developed creative thinking skills. The mere act of recalling living experiences abroad, it found, led to a greater range of responses to a series of problems.

Additionally, a 2018 paper published in Organisational Behaviour and Human Decision Processes demonstrated through six studies that living abroad can improve decision-making skills. As the abstract to the paper states, ‘living abroad leads to a clearer sense of self because it prompts self-discerning reflections on whether parts of our identity truly define who we are or merely reflect our cultural upbringing’.

Even just anticipating an upcoming change of scenery can have positive mental effects. In 2020, a survey by NORC at the University of Chicago found 97% of respondents reported feeling happier as they planned a holiday, with the effects lasting over time – anticipation of pleasurable experiences, it seems, can be just as much of a mood-booster as the experiences themselves.

Planning your next summer holiday? Remove worry and make sure you’re covered with international health insurance from Cigna Global

Of course, any overseas adventure will at some stage involve some language learning, and that too has been proven to improve cognitive skills. A 2012 paper in the journal NeuroImage demonstrated that learning a second language led to an increase in the brain’s ‘grey matter’ in the areas controlling language.

Of course, more developed thinking skills will result in overall increased wellbeing – but does embarking on an overseas adventure have positive effects on physical health?

While the science here isn’t as developed as in the area of cognitive skills, studies do seem to show that this is the case.

In 2013, the Global Commission on Aging and Transamerica Centre for Retirement Studies, in partnership with the U.S. Travel Association published a study that found that, across genders, retirees who travelled at least once a year had a significantly decreased chance of suffering a heart attack, than those who remained at home – the mental stimulation involved playing some as yet undefined role in physical robustness.

Furthermore, a 2000 paper in Occupational Medicine found that travel often resulted in weeks of better sleep and fewer complaints of physical ailments. As bodies, such as the CDC, find that we’re increasingly not getting enough sleep, this is a particularly significant benefit.

Time abroad can recharge and refresh you – especially if you’re fully covered in case of accident or emergency. Learn more about Cigna’s international health insurance plans 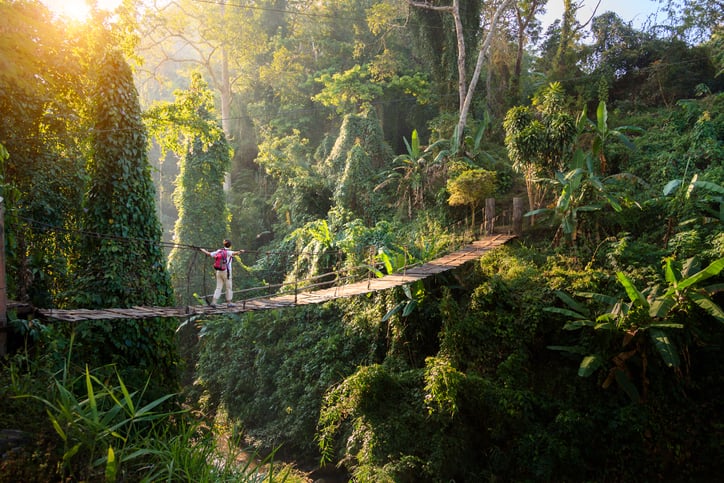 Adventure-bound: It’s a great big world out there – make sure you’re fully covered when exploring it. Photo: Getty Images

Good for the hip pocket?

As the science indicates, travel can, in fact, improve physical and mental health – but you might also be surprised to find that it can have benefits in terms of employment and earning opportunities.

A 2018 survey by RAND Europe found that 80% of European scientific researchers who had opted to live and study abroad said that it improved their networks and work opportunities, and just under 40% said they had found a job as a result.

Support for your next adventure

What are you waiting for? Venturing overseas has been shown to be good for body and mind.

In fact, it could be exactly what you need in terms of improving cognitive skills, decreasing the risk of heart attacks and improving your sleep – and imagine the wonderful experiences you will have!

When making the leap, make sure that you have international health insurance with a reputable provider.

With international health insurance, in case of an accident or emergency, you will have access to private hospitals as well as a global network of specialists for treatment. A good provider will also fly you home for treatment should you need it.

When evaluating international health insurance providers, consider Cigna. With a history extending two hundred years, Cigna has wide-ranging expertise about the variety of situations that travellers can find themselves in.

For the last sixty years, Cigna has been building a network of hospitals and specialists to treat customers in trouble, and now offers 24/7 phone access in English to policyholders. With Cigna, no matter where you are, or what time it is, you can access someone who can help and speaks your language.

In addition, until the end of May, Cigna is offering a free health and well-being policy upgrade to help you on your way abroad. It includes annual routine physical examinations, preventative cancer screenings, dietician consultations and telephone wellness coaching, to make sure that many issues you may face can be avoided.

Heading abroad is medicine, in a manner of speaking. It can improve mind and body and lead to opportunities that you never dreamed of – that’s why it’s so important that you’re fully protected when you set off.

Are you ready to try living abroad? Discover more about how Cigna helps you enjoy peace of mind as you make your move

Even before first moving to Germany in 2011, I myself was no stranger to the German rail network—having used it extensively on trips here before to sightsee and visit family. The experience was almost always pleasant, relaxing, reliable, and yes—efficient.

That was a long time ago.

Almost a quarter of German inter-city trains, including the inter-city express (ICE) didn’t make it to their destination on time in 2021. In April 2022, just 69 percent of these trains were on time. That marked the lowest rate since July 2015.

READ ALSO: Why so many long-distance trains in Germany were delayed in April

The state of train travel in Germany in 2022 leaves me wistfully nostalgic for the days of years ago when it all seemed to work better—and I’m not alone.

A few weeks ago, Brian Melican wrote of his recent trip on Deutsche Bahn (DB)—Germany’s state-owned rail company—from Cologne to Hamburg on the way home from his holiday in the UK. It came complete with a lack of air conditioning during Germany’s hot July, a closed bistro car, and a two-hour delay. 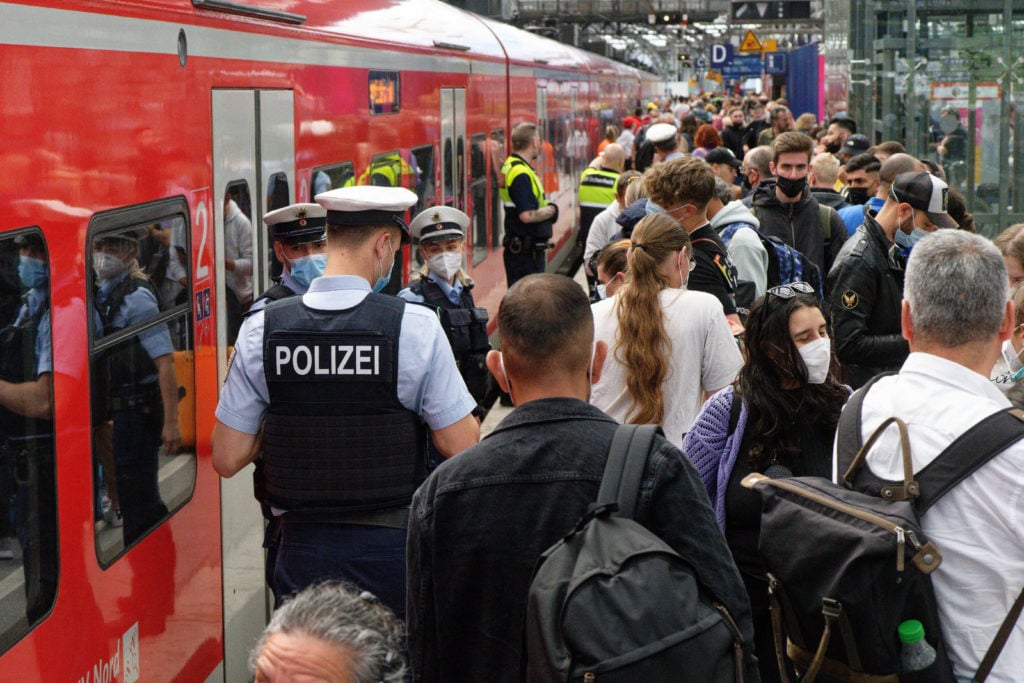 “It says a lot that, during two weeks’ holiday traveling around the UK – a country assumed both at home and abroad to have deplorable trains – the worst of the journeys were here in Germany,” Melican wrote. “Sure the services I took in Britain were delayed, but the rolling stock was better maintained, refreshments were reliably available, and the ‘Delay Repay’ scheme far more generous.”

The article hit a nerve, with readers writing long and detailed accounts to The Local Germany of their recent frustrating experiences on DB.

“We lived in Germany previously and felt the train system was the best in the world,” wrote Local Germany reader Debra Grace, noting how she and her husband were impressed by DB’s punctuality, comfort, and customer service.

That was until they moved back to Germany recently.

“We decided to take a train trip to central Austria to meet friends. It was a disaster. Our departures both going and returning were so delayed that we could not make our connections [in Munich],” Grace wrote. “My husband has sworn never to take the train again. It’s a shame. It used to be fun and 100 percent reliable.” 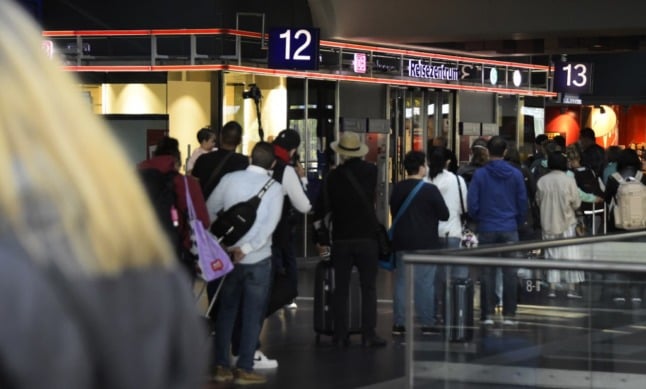 Local reader Karl Wilder wrote to us about a train trip from Berlin to Paris via Mannheim. Such a trip would normally take eight hours, but ended up taking 20 instead.

Wilder’s trip was interrupted twice, once in Hanover and once in Frankfurt, with no explanations given. DB rebooked him on four separate connections—none of which had a seat.

The delays and changes also included an abrupt and unexpected overnight stay in Frankfurt in which DB ran out of hotel vouchers, telling him to find a hotel for less than €80—in typically expensive Frankfurt and at a moment’s notice—and send in the receipt later.

Reader James Derheim booked a Rail and Fly offer to take the train from Rothenburg ob der Tauber in Bavaria to Frankfurt airport. In Würzburg all trains were stopped due to a fire near Aschaffenburg. He asked customer service for a possible alternative.

“How can I get to Frankfurt airport?” Derheim asked.

READ ALSO: Yes, train travel across Europe is far better than flying – even with kids

How did it get so bad?

“This summer has seen a bunch of problems – some short term, some much longer term – all come to a head at the same time,” says Jon Worth, the Berlin-based founder of the #CrossBorderRail project and experienced European train traveler.

Both Worth and DB itself have highlighted pandemic-related staff shortages, as well as 2022’s hot weather making it harder to maintain infrastructure. The €9 ticket has also affected the reliability of regional trains due to overcrowding, with a knock-on effect for inter-city services.

But the problem goes deeper.

“Germany has not been investing enough in its network for two or three decades. Bridges, tracks, signals are all in a bad state in many places. DB has been pretty good at making the best of a bad situation for the past 20 years, but it seems this is reaching its limit,” says Worth.

“For financial reasons, rolling stock has been cut back to the bone – there’s simply no spare capacity. So it’s hard or even impossible to put on an extra train if one fails. A better resourced railway – Austria or Switzerland for example – can handle something like this better.” 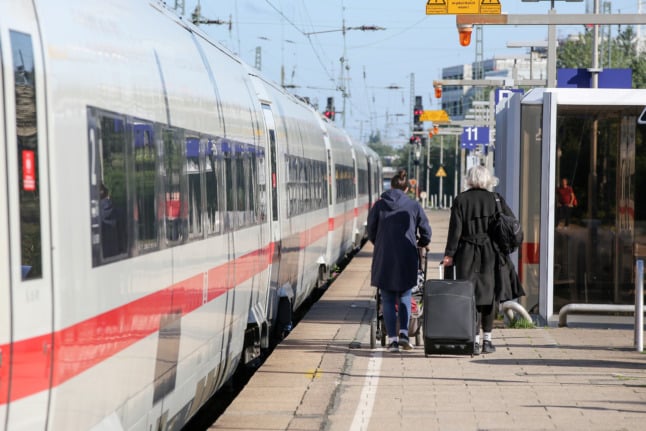 Unfortunately for avid rail travellers, it’s not likely to get better soon.

Part of that is because DB plans on making some improvements over the next few years.

The new traffic-light government has committed over €60 billion for infrastructure improvements over the next decade, as part of their goal to promote more environmentally friendly transportation.

Of this, €1.5 billion is going towards purchasing 43 news high-speed trains, bringing DB’s high-speed fleet up to 450 trains. But other improvements require construction and maintenance on the line itself.

That work is likely to delay trains in the meantime.

DB says it also plans to simplify the booking system to discourage passengers from booking particularly tight connections in case there is a delay, and make some tickets more flexible so that people can take an earlier train if they do make a tighter connection on time.

The operator also plans to deploy an extra 1,000 staff to its currently 8,000 employees working its long-distance service. Of these extra staff, 750 will work onboard the trains themselves, and 250 will be assigned to particularly crowded platforms.

DB is aiming for an 85 percent punctuality target by the time many of these improvements are ready in 2030.

With an eight-year delay on the cards, it seems that once again travellers will need to have something that’s in increasingly short supply on the German rail network: patience.