How to explore Germany by train with the €9 ticket

Germany is set to bring in a €9 monthly travel ticket over the summer. Here's how you can make the most of it and see some stunning parts of the country while enjoying the regional rail network.

The coalition government agreed on the €9 monthly travel ticket as part of a special financial relief package aimed at easing the cost of living and energy crisis. It will be valid from June until the end of September, costing €27 in total (€9 per calendar month).

One of the best things about this heavily reduced ticket is that it's valid throughout the country in the various local transport networks on buses, trains, the U-Bahn and trams.

That means that anyone who buys their ticket in Frankfurt can also travel on regional trains and buses in Bavaria or Mecklenburg-Western Pomerania. Only long distance trains - such as ICE or IC - are excluded from the offer.

And, it's being launched during the summer - the perfect time to get out and about and see Germany.

Even Autobahn-lovers might dare to leave their car behind. According to a representative survey commissioned by the Tagesspiegel newspaper recently, 29 percent of Germans said they could imagine themselves going on holiday with the cheap ticket, while seven percent are still undecided.

How can I make the most of it?

The Allianz pro Schiene group (Pro-Rail Alliance) says that the rail network in Germany totals over 38,000 kilometres. And according to German newspaper Welt who did their homework, it's possible to travel all over Germany on regional trains with the €9 monthly ticket.

One of the best ways to see Germany is by train, taking in the lakes, hills and rivers as well as villages and cities. 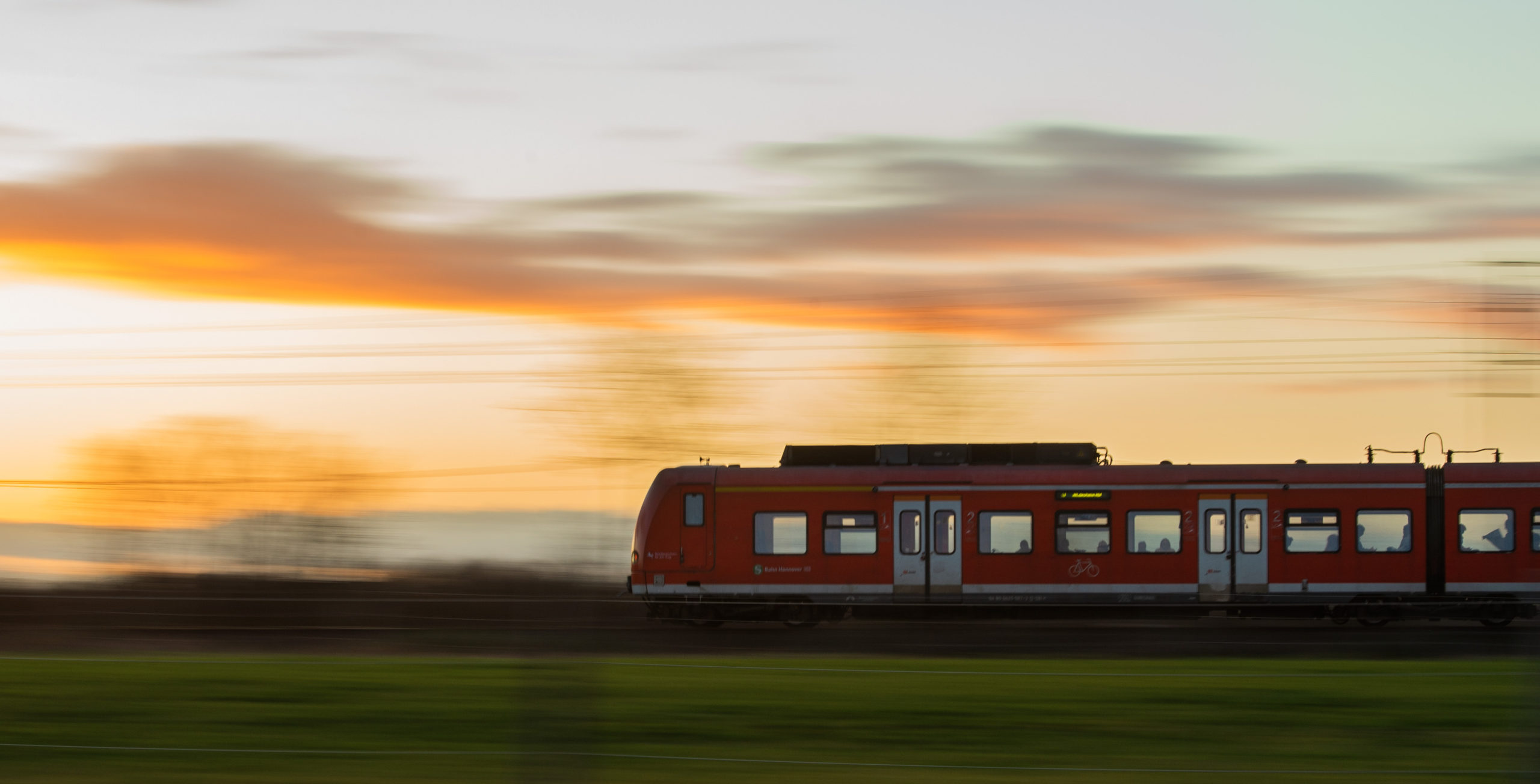 A train between Hildesheim and Hanover near Sehnde in the Hanover region. The reduced transport ticket can be used in all regional trains in Germany. Photo :picture alliance/dpa | David Hutzler

"If you study the timetable carefully and have a little time, you can cross the whole of Germany on regional trains," said Welt in their recent feature on rail travel.

"This is because extremely long lines have been built in recent years, some of which run through half of the country. In the process, you get to know regions that you might not have had on your holiday radar before."

Here's a look at some of the journeys you could enjoy with the €9 ticket - but make sure to check for any construction work when you plan to travel that may mean you'll have to take a detour on your journey.

Along the Rhine and Lake Constance (Bodensee)

Last year, the train from Badischer Bahnhof in Switzerland's Basel to Ulm took about three hours without having to switch trains. But with the timetable change, there's no longer a direct route. Now you have to change trains in Friedrichshafen, making the journey a little longer.

But train fans will get over this, because the route in the very south of Germany offers a stunning landscape: the wild Rhine with the waterfalls near Schaffhausen, Lake Constance with the backdrop of the Alps and the lovely Upper Swabia blessed with baroque buildings. At the end of the almost 300-kilometre journey, the highest church tower in the world, Ulm Minster, greets you.

Lots of tunnels in the Black Forest

From the Baden metropolis of Karlsruhe to Lake Constance and back again, this journey has been possible for over 150 years thanks to the Schwarzwaldbahn. With a vision for hardly any bridges and many tunnels, builder Robert Gerwig literally "glued" the route to the mountain.

The real special features are the two reversing loops to conquer the height difference of about 400 metres between Hornberg and Sommerau. This was made possible by an engineering trick: the aerial distance of 11 kilometres between the two Black Forest towns was extended to a railway line length of 26 kilometres. The journey from Karlsruhe to Constance takes three hours.

By train through the Allgäu

Now over to Bavaria. The southern state has many beautiful regional train rides - such as the line from Freilassing to Berchtesgaden with the National Park, or the Mittenwaldbahn, which runs through the Karwendel Mountains. The line from Munich to Füssen is no less beautiful. The BRB departs once an hour in the direction of the Königsschlösser.

In the Bavarian metropolis, the Alpine peaks still loom on the horizon, but with every kilometre covered they dominate the scenery more. The journey through a real picture-postcard takes just under two hours. At the end you are spoilt for choice - there's hiking on the Lechweg or you can visit Neuschwanstein castle.

Checking out the Lahn

This line connects the states of Rhineland-Palatinate and Hesse and, since it has never been thoroughly modernised in large parts, is a remnant from railway times of the past, particularly the Lahntalbahn between Niederlahnstein and Wetzlar, the Hessian section of which is designated as a cultural monument.

The winding but extremely charming route with its historic tunnels does not allow higher speeds, which is why it takes almost 90 minutes to travel the almost 90-kilometre-long route. But in return, travellers have the meandering Rhine tributary in view. The route is popular with cyclists because the Lahntalradweg can be easily reached by train. 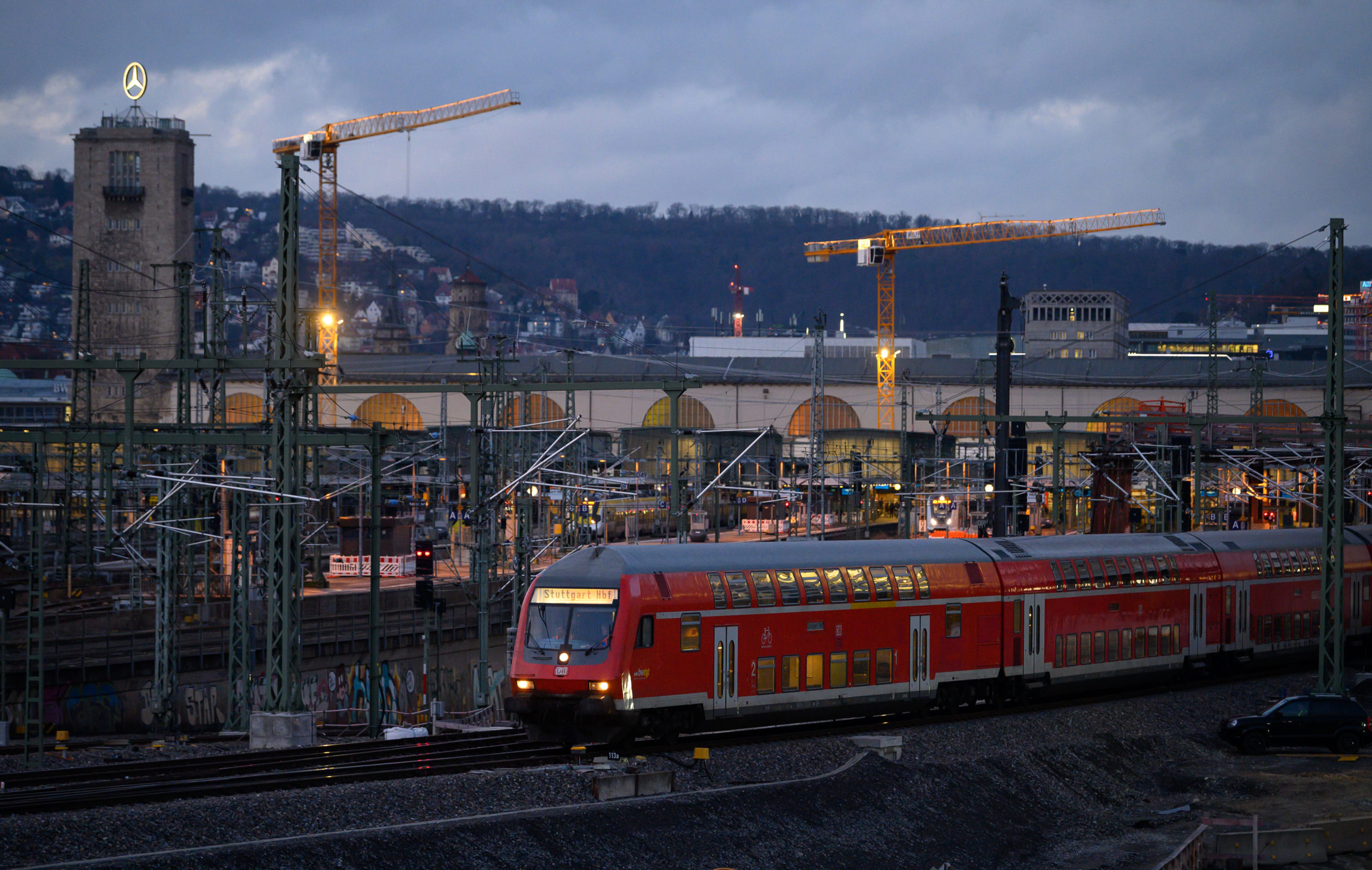 Along the Moselle by train

It doesn't always have to be the Middle Rhine Valley (or Rhine Gorge) with dozens of castles in a rocky landscape that captures railway fans' imaginations. Its little sister, the Moselle river, is no less beautiful. The track on the right bank of the Moselle, where a small train used to run until the 1960s, is now used as a cycle path, but on the left bank of the Moselle, the regional express runs at regular intervals.

Steep vineyards, charming wine-growing villages and the river awaits the passenger on the 90-minute journey from Koblenz to Trier. It is worth getting off in Bullay to take a detour on the Moselle Wine Railway to Traben-Trarbach. It's only 13 kilometres long, but there's no more comfortable way to explore the wine-growing, hiking and cycling-friendly region.

READ ALSO: Riding the Radweg - a guide to touring Germany by bike

Enjoy the sights in the Vogtland

The Elstertalbahn with 30 stations and stops is the railway line with the most bridges in Europe, and a faithful companion of the White Elster river. Between its source near Cheb in the Czech Republic and the Otto Dix city of Gera in Thuringia, the river presents itself as a natural idyll with rare flora and fauna.

The landscape is perfect for long hikes or cycling tours. For example, a section of the 400-kilometre-long Thuringia Trail runs through the floodplain of the White Elster. Along the 140-kilometre route there are countless historical and cultural sights that tell of the Vogtland's long history - such as the lower castle of Greiz, the over 1,000-year-old Veitskirche church in Wünschendorf or the Elster Valley Bridge, built of twelve million bricks.

From Dresden to the Elbe Sandstone Mountains

The journey from Dresden to Bad Schandau takes only 44 minutes, but the route through the Sächsische Schweiz region is certainly one of the most beautiful in Germany. The tracks nestle up against the Elbe, and pretty villages lie on both banks. Behind them tower the cool-looking rocks of the Elbe Sandstone Mountains, which inspired painters like Caspar David Friedrich.

If you want to extend the short journey by S-Bahn to a day-long excursion, hike from Bad Schandau to the Schrammsteinen and take the Weiße Flotte back to Dresden. From there there is a connection to a regional express to Hof in Bavaria. 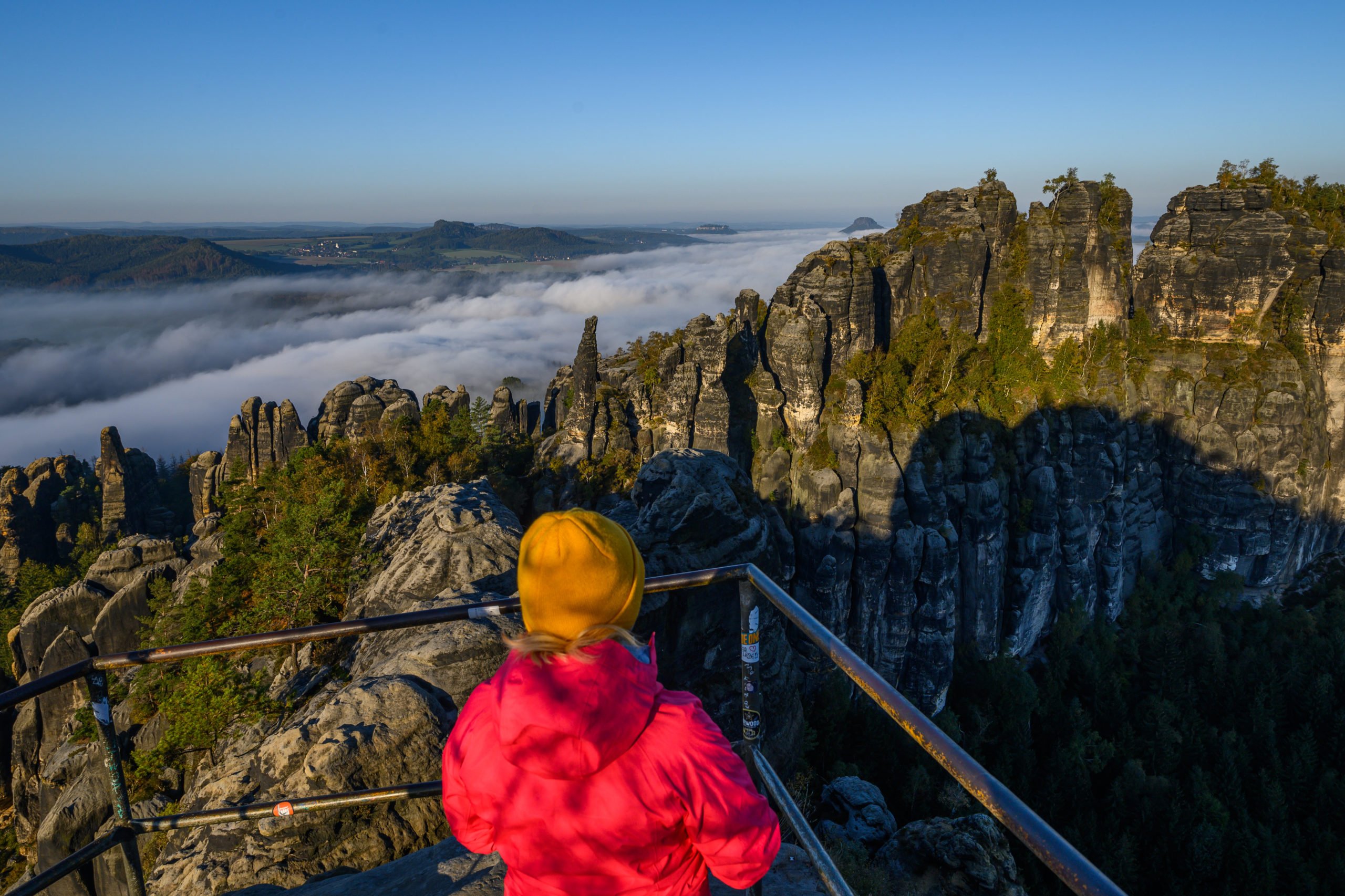 A hiker at the Schrammstein lookout in the 'Saxon Switzerland' region in the spa town of Bad Schandau. Photo: picture alliance/dpa/dpa-Zentralbild | Robert Michael.

From the Elbe to the North Sea and Baltic Sea

North Sea or Baltic Sea? That is the question. At least, it is if you choose Hamburg as the starting point for a journey with the €9 ticket. The Syltexpress from Altona to Westerland should be familiar to many people, but even Baltic Sea destinations can be reached by regional train.

This is made possible by the Hanse Express, which runs every two hours in the direction of Rostock. Along the route, little gems such as Boizenburg on the Elbe with its small bridges, or the stately Schwerin Castle attract visitors. If you want to continue on to Rügen, you have to change trains in Rostock. However, it usually only takes a few minutes for the next regional express to leave for Germany's largest island.

The "super lines" of Brandenburg

Regional trains are designed for medium distances - whatever this term may mean. But Brandenburg's famous "Superlinien" are not satisfied with short distances, sometimes they even reach several hundred kilometres.

Every two hours, for instance, a train runs from Lutherstadt Wittenberg to Stralsund without any changes - that's 342 kilometres. And the double-decker wagons of the RE2 cover as much as 367 kilometres on their way from Cottbus to Wismar, passing places like Lübbenau in the Spreewald or Wittenberge, the gateway to the Elbtalaue, as well as big cities like Berlin. All-in-all it's a must for people who want to check out more of what Germany's train routes have to offer.