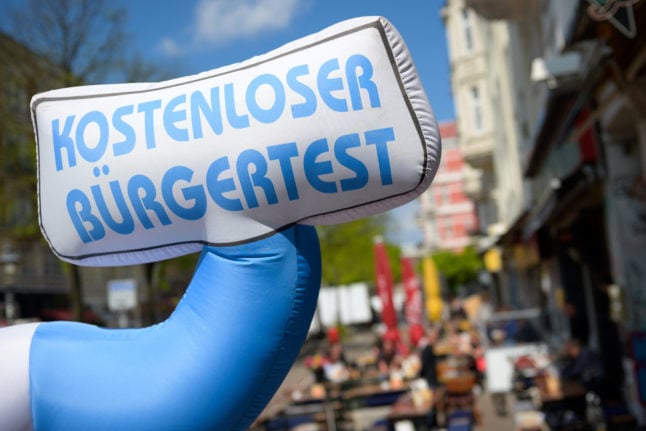 It’s a figure that everyone wants to hear. But unfortunately the numbers do not provide the complete picture of what’s going on. That’s because at the moment only a handful of German states report new cases over the weekend.

Instead, they submit the details later. For that reason, the figures are skewed.

German data journalist Olaf Gersemann tweeted the news, but added that back in 2020 “there were no widespread registration strikes in the federal states on weekends” unlike today.

What other trends can we see?

However, once again the incidence does not provide the whole picture of the development of infection because of various factors, including delays in reporting and the testing behaviour of the population.

In its weekly report published on Thursday April 28th, the RKI said that caution was needed when interpreting case numbers. They said that due to holidays, such as the recent Easter break and May 1st, there could be “associated lower test activity, as well as the subsequent reports”.

However, the RKI did point out some encouraging trends.

“The peak of the current wave has clearly passed and many hospitalisation indicators also continue to decrease,” said the RKI.

“The number of persons with a Covid-19 diagnosis treated in an intensive care unit has fallen slightly, as in previous weeks, and stood at 1,446 cases on 27.04.2022,” said the RKI in its report.

But they added: “Nevertheless, the infection pressure remains high with more than 750,000 cases reported to the RKI within one week.”

The RKI also said that the strain on the health care system is continuing “mainly due to the limited availability of medical staff”.

Experts said that the Omicron sub variant BA.2 is the dominant strain in Germany, accounting for around 97 percent of Covid infections according to a recent sample. 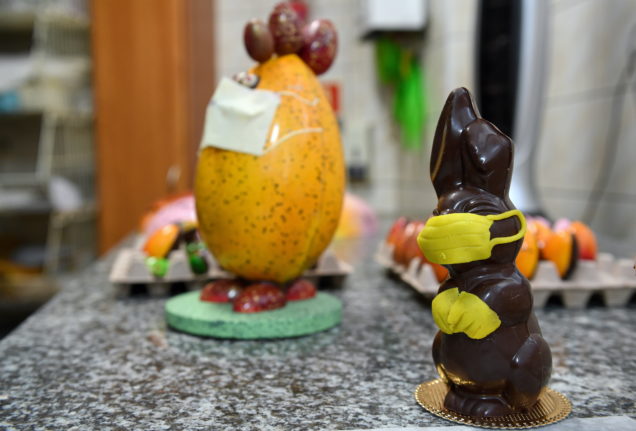 Over the last few months, the spring has often been cited as the time when the Covid situation in Germany would start to ease up again and, on the basis of this prognosis, measures to roll back nationwide restrictions came into force on March 20th – albeit amidst wide-spread criticism from state leaders and scientists.

But on March 24th, Covid infections within 24-hours reached a record high of over 300,000 and 7-day incidences continue to be in the thousands for all federal states, suggesting that the outlook for spring is not as positive as previously hoped for.

What are the prospects for Easter currently looking like?

On Monday, German news site Focus Online published an interview with Statistician Christian Hesse, who forecast a continuation of the upward trend in incidences in the coming weeks as the new Omicron variant BA.2 continues to spread amid lesser restrictions.

The spread of the Omicron sub-variant “is accompanied by a changed and less cautious contact behaviour of parts of the population,” explains Hesse. “This could be due to the fact that fear of Covid has been somewhat eclipsed by fears of war.”

Even if the majority of the population continues to behave cautiously, “that is not enough, because the majority of new infections are caused by a minority of frequenters and super-spreaders,” he says.

As a result, Hesse expects Covid infection numbers to continue to rise in the next few weeks leading up to Easter. This view is also shared by the head of Charité hospital in Berlin, Christian Drosten, who told die Zeit last week: “Currently we are also in a high incidence phase. And it will stay that way until Easter if we don’t intervene.”

Why are the infection numbers increasing so much?

According to Hesse, the Omicron variant BA.2 is largely responsible for high infection numbers: “According to a Japanese study, the Omicron subtype BA.2, which is now dominant in our country, is 1.4 times more infectious than the main Omicron line BA.1 under otherwise identical conditions.”

Added to this new, more contagious variant, is the fact that many restrictions have been rolled back since March 20th. However, most federal states still have a transitional period in place and are able to introduce tighter restrictions if the situation worsens considerably in their states.

The exact parameters of the so-called ‘hotspot regulation’ are due to be thrashed out by the state health ministers in a conference on Monday, which may see the threshold for putting tougher restrictions in place lowered to halt rising infection numbers.

Despite the fact that the chances of catching Covid are higher than ever before, there are also some positive trends.

The hospitalisation rate is now 25 percent lower than during the winter wave in January 2021, and the ICU occupancy rate is less than half as much as during the peak of the Delta wave in mid-December 2021.

The number of patients requiring artificial ventilation has dropped to 38 percent, which, according to Hesse, is an indicator that the Omicron BA.2 variant causes much milder courses than Delta.

The risk of death with symptomatic Omicron infection has also decreased slightly, to 0.09 percent. 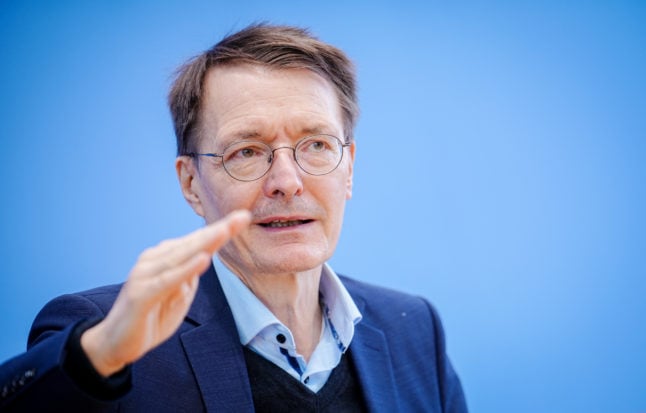 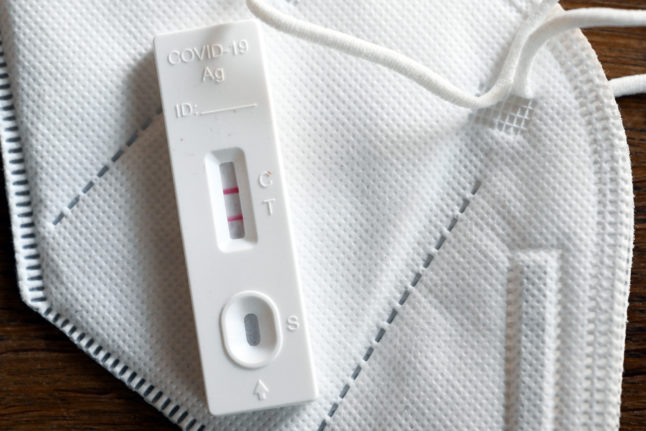