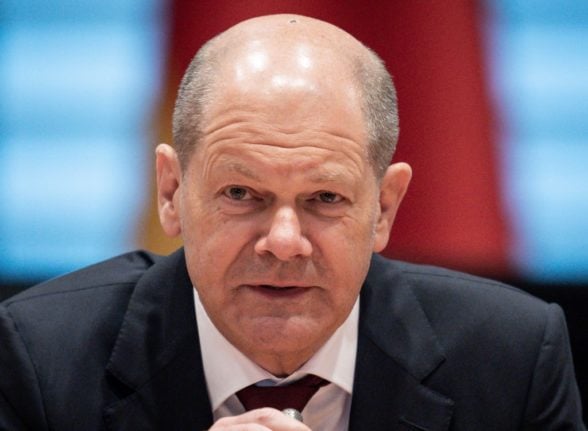 German Chancellor Olaf Scholz speaks at the start of the cabinet meeting at the Chancellery in Berlin on April 27th, 2022. Photo by Michael Kappeler / POOL / AFP

“I make my decisions quickly and in coordination with our allies,” he told Bild on Sunday. “I am suspicious of hasty action and Germany going it alone.”

Scholz has come under fire over the last weeks for not taking rapid action or doing enough to provide desperately sought armaments to Ukraine.

The German parliament on Thursday passed a motion urging his government to accelerate the deliveries of heavy weapons to Kyiv.

While pressed by some to step up the pace on weapons deliveries, Scholz was at the same time facing pressure from other critics who want Germany to stop boosting Ukraine militarily.

They warned that the action risked escalating the conflict into a nuclear war and could also cost more Ukrainian lives.

But Scholz, speaking at a May Day rally on Sunday, rejected the call as from another time.

“I respect every pacifism and attitude,” he said. “But it must seem cynical to Ukraine’s citizens when they are told to defend themselves against Putin’s aggression without weapons. That is out of date,” he added. 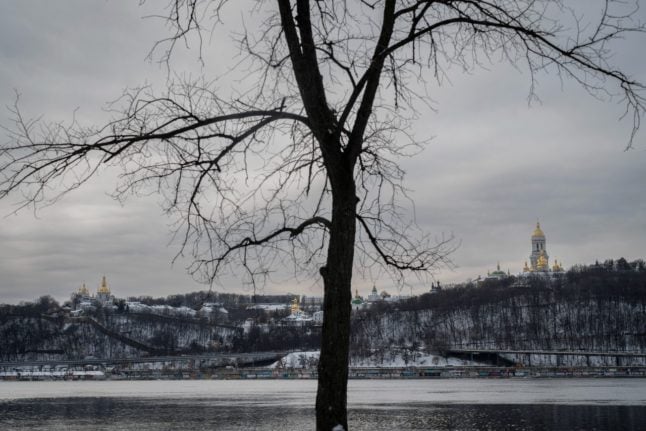 Berlin announced in March it would buy 35 of the warplanes made by Lockheed Martin to replace its ageing Tornado fleet, in the wake of Russia’s invasion of Ukraine.

But the defence ministry has raised concerns about “delays and additional costs” in the nearly 10 billion euro ($10.5 billion) purchase, according to a classified letter to parliament’s budget committee.

Risk factors range from upgrading work needed at air fields that will host the F-35s, to security requirements, and potential problems with approval for flight operations in Germany, it said.

A defence ministry spokesman said there would “close cooperation” and “clarification” of issues with parliament.

There will be an emergency meeting Monday at the defence ministry, which will be attended by budget committee members from the three parties in Germany’s ruling coalition, parliamentary sources told AFP.

The committee is supposed to release the first tranche of funds for the project on December 14.

The document seen by AFP was prepared by the finance ministry for the committee, and was based on assessments from the defence ministry.

According to the document, it is doubtful whether the necessary upgrades to Buechel air base, which will host the jets, can be completed by 2026, when delivery is set to begin.

The current timeframe is “highly ambitious”, it said. In addition, the security requirements from the US side are complex, which could lead to further delays and cost increases, it said.

There is also a danger that approvals for flight operations for the F-35s in Germany cannot be secured on time as necessary documents are not available, it said.

This would mean that flights could only be operated with restrictions, said the document.

It pointed to other factors that could lead to cost increases, including inflation, fluctuations in the exchange rate between the dollar and the euro, and rising production costs.

The cost of the jets is to come from a planned 100 billion euro investment in the armed forces, unveiled following Russia’s invasion of Ukraine in a bid to overhaul Germany’s underfunded military.

Chancellor Olaf Scholz said last week that he wants the contract for the F-35s, considered the world’s most modern combat aircraft, finalised by the end of this year.