EXPLAINED: Why tenants in Germany could see bigger rent increases this year

It's no secret that the cost of living is going through the roof, and for a certain group of tenants, the impact on their monthly rents will be tangible. Here's what to know about inflation-linked rents - and what you can do about them.

With the ongoing energy crisis and the war in Ukraine, the cost of living is increasing at a rate not seen in Germany for more than four decades. According to the latest estimates, inflation has hit 7.6 percent, reflecting huge rises in the price of property, fuel, food and other everyday expenses.

Recently, supermarkets such as Aldi and Edeka have announced several rounds of price hikes, with customers feeling the squeeze on commonly purchased items like butter and meat products. Energy costs are also rising rapidly, affecting not only the cost of heating and electricity but also the cost of other goods due to the impact of energy prices on German industry.

At the same time, tenants are facing fierce competition for rental housing, with rents going up rapidly in many parts of the country. For a certain group of tenants who have agreed to so-called Indexmiete clauses, rapid and potentially unaffordable increases in rent are also expected.

Speaking to Tagesschau on Monday, Jutta Hartmann of the German Tenants' Association revealed that a number of people with this type of rental contract were seeking help and advice in the face of significant increases in their rent.

It appears that clauses that previously seemed reasonable or beneficial have suddenly become untenable in light of exploding prices.

What is an Indexmiete clause?

An Indexmiete clause stipulates that rents rise every year in line with inflation. This is a different way of calculating rent increases from the Mietspiegel, a system whereby landlords link their rents to the market rates in a specific area.

Landlords using an Indexmiete clause will use the data in the Consumer Price Index (CPI) released by the German government to calculate the new rents each year. To do this, they'll compare the current CPI - which lists the average cost of goods and services - to what it was in the same month the year before. The difference between the two values will then be used to determine how much the rent should increase, or even decrease. 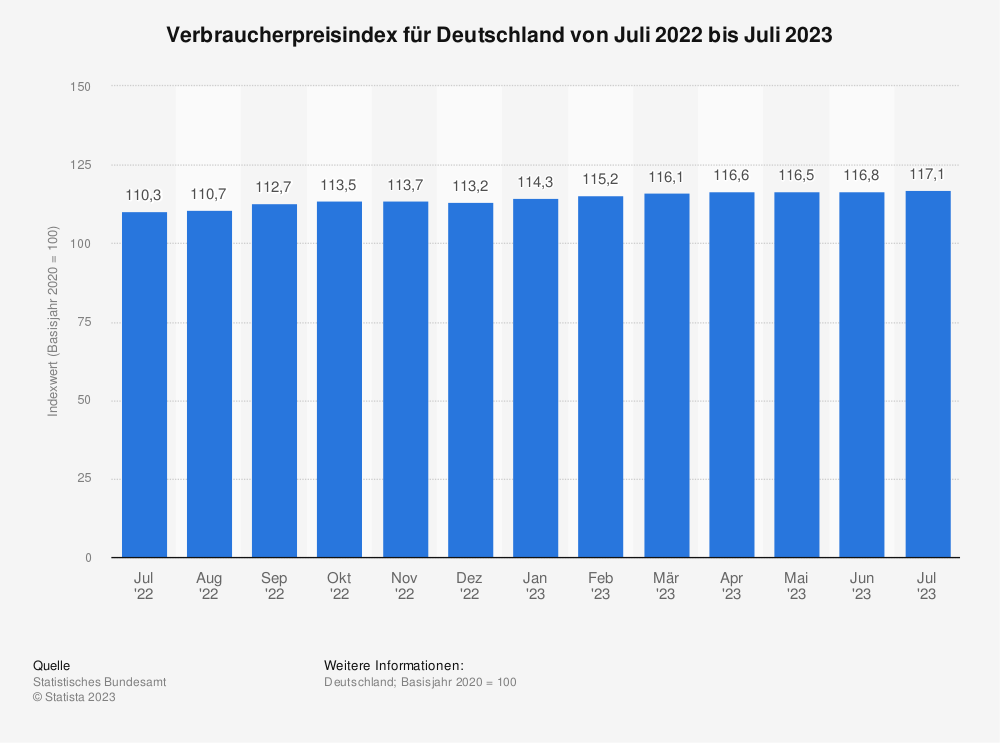 There are often some advantages to this, the main one being that if inflation is low but the housing market is volatile, rents for tenants may well go up by less each year than the rents of their neighbours. Another key advantage is that the landlord can only raise rents once per year and won't be able to gain financially from doing modernisations or refurbishments that can sometimes be used as an excuse to drive up rents.

With the Indexmiete, it's also easier to understand and predict increases in rental costs.

However, if inflation rates are particularly high, this same type of contract can severely disadvantage tenants. That's because there's no cap on the amount that rent can increase in these circumstances - in the same way that there's no cap on inflation.

The other downside for tenants is that landlords can use the Indexmiete clause to set the initial rent above other rents for similar properties in the area. That means that someone could start off paying more than others and then see their rent go up significantly each year.

How many people pay index-linked rents?

Though there are no official estimates on this, the signs are that this type of contract is on the rise.

According to the Berlin Tenants' Association, inflation-linked rents were "always a niche product" in the rental market, but the tide is beginning to turn.

"The number of such tenancy agreements is on the rise, and especially recently," Lukas Siebenkotten, president of the national Tenants' Association, told Süddeutsche Zeitung. "We have feedback from tenants' associations in places like Hamburg that up to half of all tenancy agreements being concluded at the moment are index-linked or graduated tenancy agreements."

Though they are still in the minority compared to traditional contracts, an increasing number of landlords could choose to switch if the inflation rate stays at a high level.

How do I know if my rent is linked to inflation?

If you're on an Indexmiete, it's likely you'll already know about it as there will have been a clause included in your contract. At the very latest, it will be clear as soon as you get you first notification of an increase in rent, as this will likely make reference to the Consumer Price Index rather than to the rental costs of similar properties in the area.

If you're still unsure, ask a German-speaking friend or advisor from the Tenants' Association to check over your contract to find out or send an email to your landlord or letting agent to clarify the situation.

Can people on an Indexmiete challenge rent increases?

According to the Tenants' Association, it can be tricky to do so.

"The tenant can only hope for goodwill on the part of the landlord - as a tenant you have no right to ward off the increase," Hartmann told Tagesschau. "A last option would be to move out of the flat if it becomes too expensive. As a tenant, you are currently defenceless and at the mercy of the landlord."

Nevertheless, it can be helpful to seek advice if you feel like the rent increase is higher than it should be - and it's also important to remember that there may be other legal protections to fall back on. 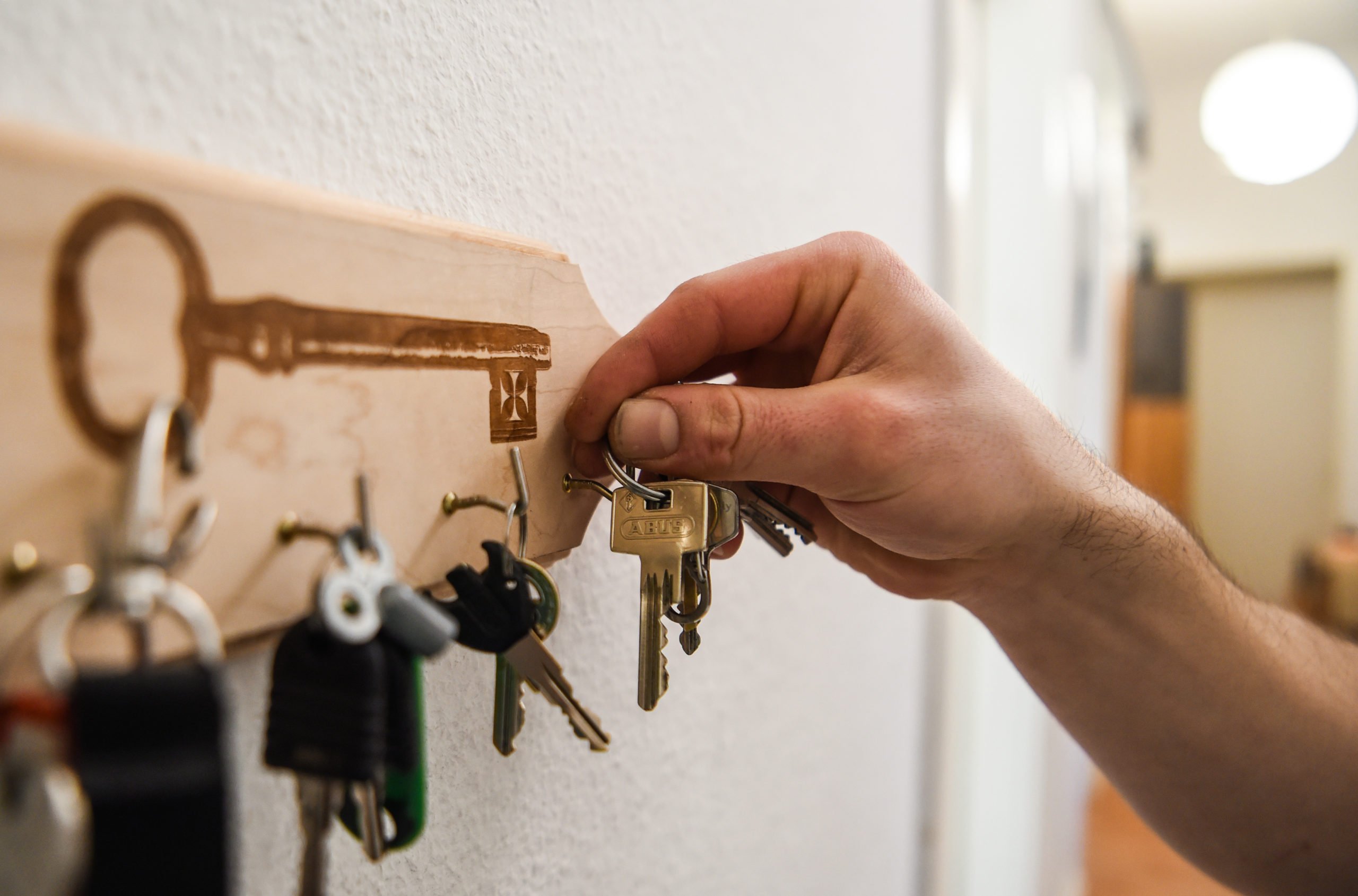 One key example is a cap that states that rents must rise by no more than 20 percent over three years, which could be useful if inflation continues to rise. In Frankfurt am Main and other places were the rental market is competitive, this cap has been reduced to 15 percent.

The traffic-light coalition wants to reduce this still further to 11 percent nationwide, which would equate to an increase of less than four percent per year - well below the current inflation rate.

There are also important rules that have to be followed in this type of contract: the landlord must inform the tenants in writing with at least one month's notice if the rents are going up, and this can only be done at least a year after the move-in date. As mentioned, rents aren't allowed to rise whenever prices go up, but are based on a comparison between, for example, the CPI in March 2022 and the CPI in March 2021.

That means that tenants shouldn't be expected to bear the brunt of more than one increase over the course of a year.

Should I accept an Indexmiete clause in my rental contract?

That all depends on the current economic environment and whether the rental property feels like good value to start with.

With the inflation rate the highest it's been in more than 40 years, people with Indexmiete clauses in their contracts are likely to see dramatic hikes in rent over a relatively short period of time.

However, it's also important to note that rents can also go down slightly if the inflation rate drops once again.

In other words, deciding whether to accept a clause like this is partially a case of economic speculation - and you may well get it wrong.

It's worth noting that, if you're already living in a property, the landlord cannot suddenly switch to the Indexmiete system without your consent.

If you haven't yet moved in, you're also within your rights to question the contract and ask for changes, though of course there's no guarantee this will happen.

"I would recommend everyone to consider very carefully if they want to do an index-linked rent and if there is not the possibility to get a normal tenancy agreement," tenants' rights expert Hartmann told Tagesschau.