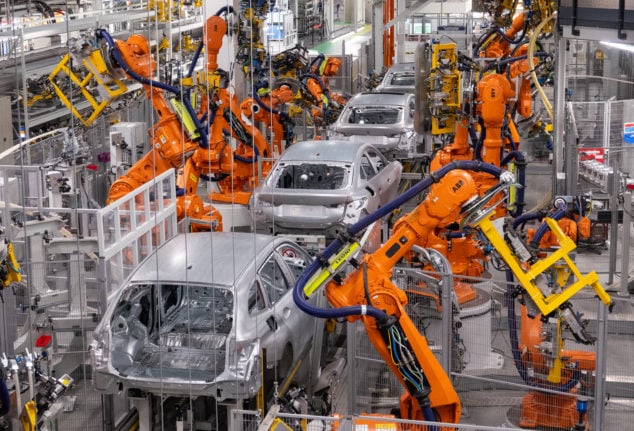 Germany, which is highly dependent on Russian gas for its energy needs, has so far resisted calls for a European boycott in response to the war in Ukraine.

Closing the taps in “mid-April” this year would limit growth to 1.9 percent in 2022 and push Germany into a recession in 2023, causing the economy to shrink by 2.2 percent, according to the forecast.

The impact of a boycott would “not be overcome” over the next two years, the institutes (DIW, Ifo, IfW Kiel, IWH and RWI) said in a joint statement.

Europe’s largest economy could yet suffer a “setback” at the end of 2023 into 2024, as demand for energy rises in the European winter, before “gradually” returning to growth.

Even without a boycott of Russian gas, the war in Ukraine is “slowing down” Germany’s recovery from the economic shock of the coronavirus pandemic, the institutes said.

The group slashed its forecast for growth in 2022 to 2.7 percent, from its previous estimate of 4.8 percent made in October last year.

At the same time, it raised its 2023 growth forecast to 3.1 percent from 1.9 percent, in a scenario where energy deliveries continue.

Before Moscow began its war in Ukraine, a third of Germany’s oil imports, 45 percent of its coal purchases and 55 percent of gas imports came from Russia.

The country has set about weaning itself off Russia energy imports, accelerating investments in renewables and building liquefied natural gas (LNG) gas terminals to diversify its supplies.