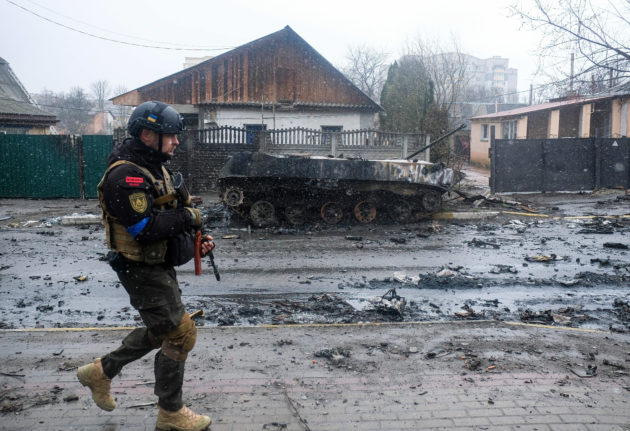 Many of those murdered during Germany’s singular historic crime, the Holocaust, were deported from what is today Ukraine; many others never even made it that far, summarily shot like the tens of thousands at Babyn Jar near Kyiv in 1941.

Now, eighty years on, civilians have once again been executed in the Kyiv suburbs and there may have been attacks with chemical weapons further east. While Germany is not the perpetrator this time, it is complicit.

The problem is gas.

For despite all the tough talk and sanctions, Germany is still, like several other European nations, transferring eight-figure sums to Moscow in return for gas deliveries on a daily basis. We are doing this because half of the gas in our network is piped in straight from Russia and, as we have conspicuously, criminally neglected to build the infrastructure we would need to replace it, we seemingly have no choice but to keep financing a Kremlin regime bent on harrowing its neighbour.

I write “seemingly” because there are several different points of view here. In discussions about how quickly we can wean ourselves off the Russian supply, there are those who say that we could manage this by the end of the current year – albeit with some hardship. Others, meanwhile, posit a worst-case scenario in which, if Russian gas is cut off (either by a European embargo or, indeed, by Putin himself in a pre-emptive move), the German economy grinds to a standstill almost overnight.

One of the more pessimistic assessments comes from chemicals giant BASF. The company requires gas not just for energy, but also as a raw material for its products, and calculates that a 50 percent cut in the gas supply would force it to close its Ludgwigshafen works entirely, jeopardising 40,000 jobs. What is more, the firm claims, its wide range of chemicals products are essential in all manner of other industrial applications, meaning its closure would have knock-on effects throughout the German, European, and indeed global economy.

BASF corporate communications have been very successful in making sure that anyone who reads a paper now knows this line of argument, and BASF boss Martin Brudermüller recently upped the ante, warning in an interview with FAZ that boycotting Russian gas would mean “destroying the German economy”. To that I say: bullshit. Firstly, the only economy getting ‘destroyed’ here is the Ukrainian one; ours is facing difficulties, not missiles. Brudermüller and others sounding the alarm would do well to remember that and moderate their tone.

Secondly, German industrials have been crying wolf about energy prices for as long as I’ve been living in Germany – and long before. Quoted last week in DIE ZEIT, Berlin Energy Studies Professor Christian von Hirschhausen traces this tendency back to the 1800s. And if it’s not the price of gas or electricity, it’s government regulation, environmental concerns, consumers’ unwillingness to pay higher prices… Something is always, apparently, about to force Germany’s biggest and most successful companies to fire everyone and shut up shop unless the government gives them a helping hand. For a sector whose constituents spend half of every annual report telling their shareholders just how innovative and efficient they are, German industry seems to have a problem with actually applying some of its much-vaunted knack for innovation to the issue of energy efficiency.

A classic case of this tendency – and where it leads – is Volkswagen during the Winterkorn years, when the corporation greenwashed itself with campaigns like “Blue Diesel” for public consumption while lobbying Berlin to water down planned EU emissions regulations. Whereas French carmakers and, to be fair, BMW in Munich knuckled down and actually made their vehicles more efficient, in the 2010s, Wolfsburg executives expended their corporate energy warning German ministers that any legal requirements to reduce fleet C02 emissions to below 95g per passenger kilometre would result in mass redundancies. Then, when Merkel secured them the far higher transitional figure of 130g, they set their oh-so innovative minds to writing cheat software to work round it.

In my view, German industry can no longer have it both ways: either its companies are, as they keep claiming, the world’s most innovative, highest-quality producers of crucial components and premium products with unparalleled abilities to adapt to market conditions or they are, as they also claim, wholly dependent on the German government shielding them from any disturbances whatsoever. 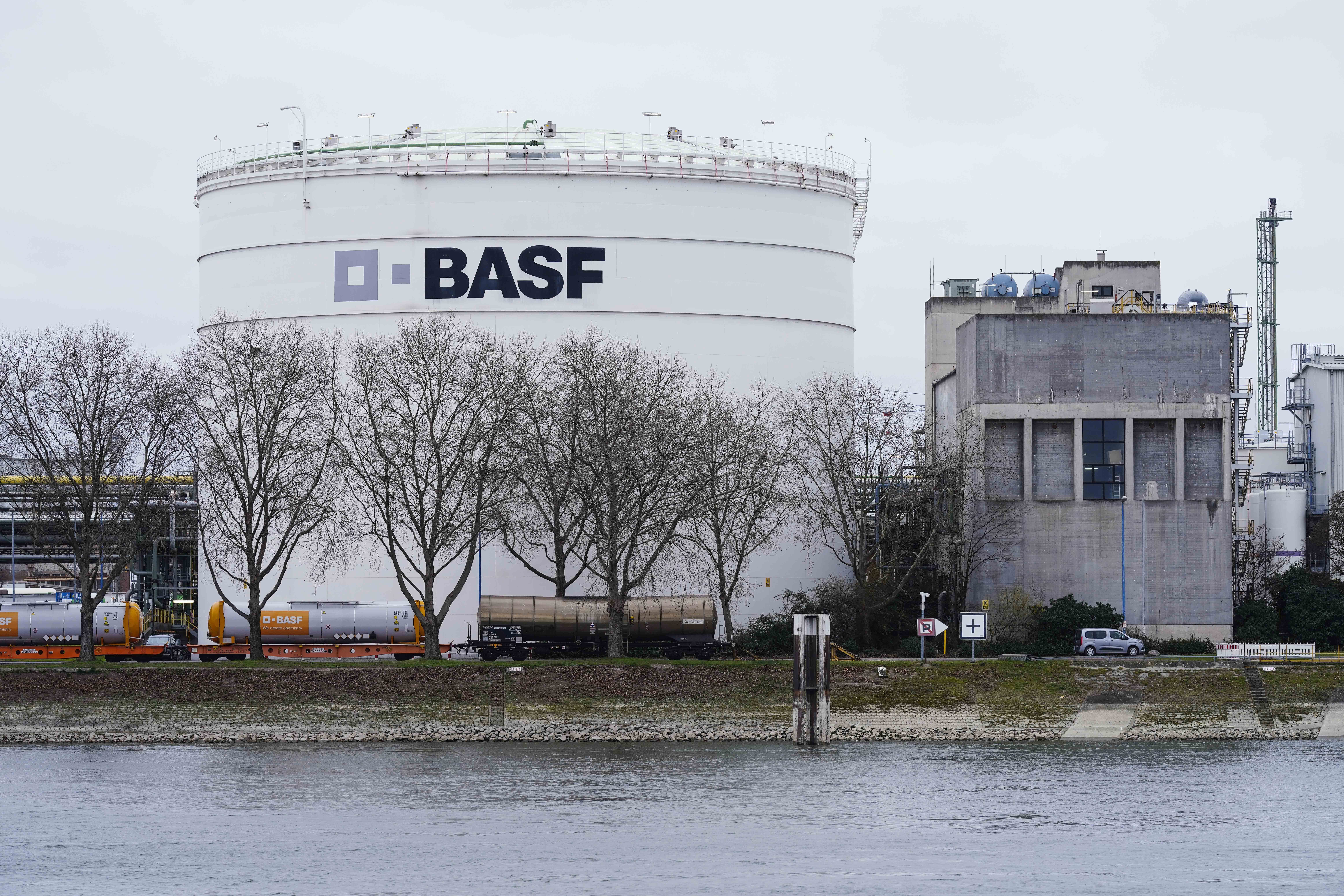 Would turning off Russian gas within the next couple of weeks cause a severe recession in Germany and other European countries? Possibly. Would BASF have to close its works? Maybe. Would they fire everyone? Almost certainly not. Germany has a generous, tried-and-tested short hours scheme; the gas supply issues would be temporary – months, a year tops – and the company would need its staff ready for when the supply comes back on-stream. Moreover, they might have found by then that there actually are several ways of appreciably reducing the amount of gas they use, with longer-term benefits for us all. Necessity, they say, is the mother of invention: Aus der Not kann man eine Tugend machen.

This isn’t being gung-ho, either: Germany’s top energy researcher, Professor Claudia Kemfert, is of the opinion that the time has come for us to “go cold turkey” on fossil fuels. Either way, this corporate blackmail has to stop, because regardless of what actually would happen if Russian gas is cut off, BASF’s wailing is particularly distasteful. Indeed, in a country like ours, which has made so much of trying to atone for its past, we should all be ashamed that it is going unchallenged.

How so? BASF was the main company in the I. G. Farben chemicals conglomerate which, during the Nazi years, used slave labour at Auschwitz on an unparalleled scale and was instrumental in developing the Zyklon B gas used there. Following the liquidation of I. G. Farben, BASF continued as one of the stand-alone successor concerns – and so to this day carries the legacy of this particularly amoral, maybe even downright evil company, and the responsibility which goes with that.

At this juncture, this responsibility – both for BASF as a company and for Germany as a country – could not be clearer. While the gradual, gentle approach to weaning ourselves off of Russian gas imports might have seemed just about tenable in the early days of the war, the fact that Russia hasn’t simply invaded a neighbouring country, but has already resorted to purposefully slaughtering innocent civilians, calls for a reassessment.

Yes, Germany’s dependency on Russian gas is an abject national failure several decades in the making and so cannot be fixed overnight. But, to be blunt, we – as a country, as an economy, and as the voters who spent 15 years re-electing Merkel and her from-Russia-with-love Grand Coalitions – have made our bed and must now lie in it. We need to stop importing Putin’s gas now. Not tomorrow, not next week, and not at the end of the year once we have jerry-rigged some LNG terminals at Wilhelmshaven. If German industry does grind to a halt and we cannot heat our homes properly for a while, so be it. 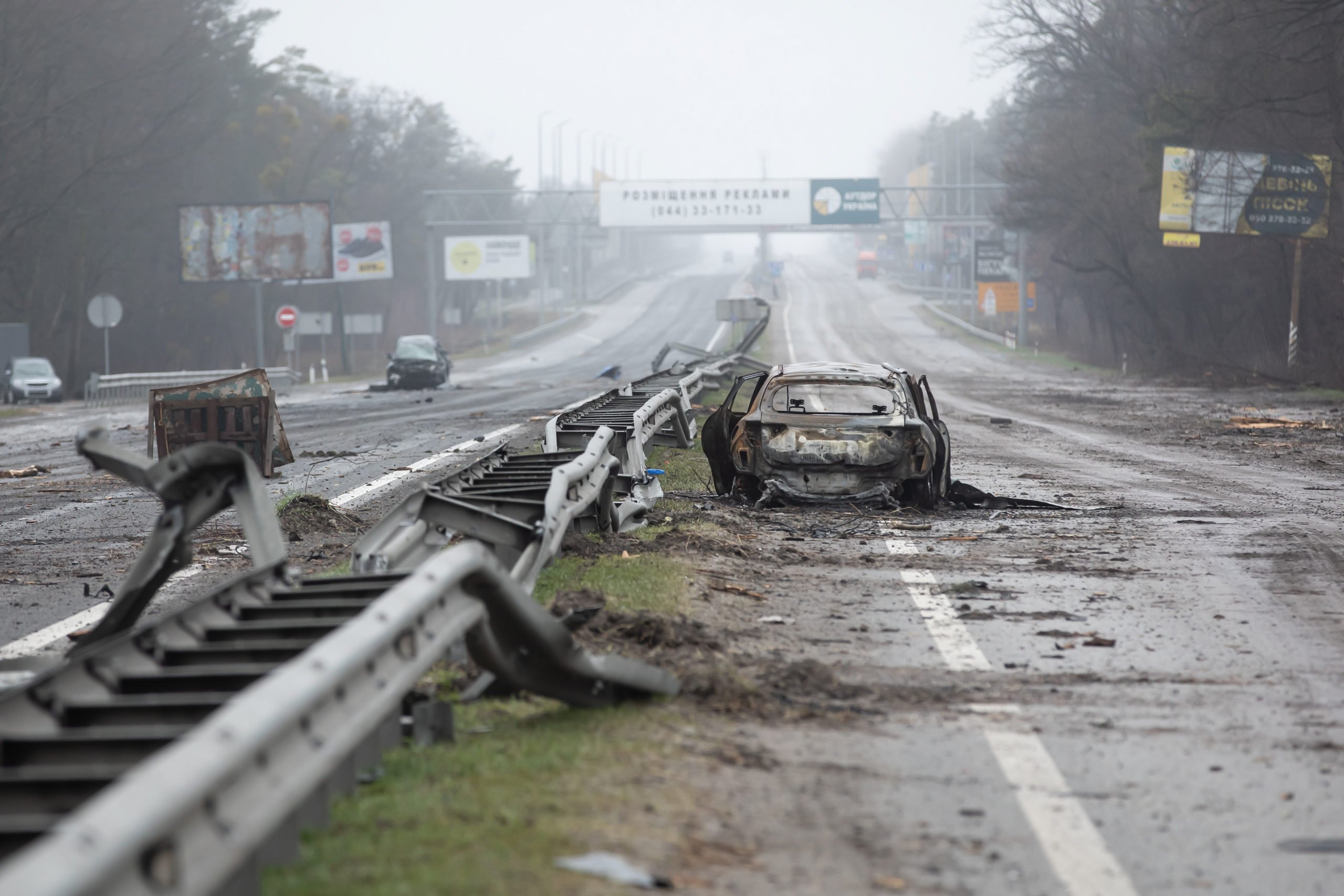 How many more massacres have to be uncovered before we take our historical responsibility seriously when history actually comes calling? How many Buchas does it take before we feel ready to embargo Russian gas: two, three, four? And are we really going to wait to find out whether Putin’s army has used chemical weapons on innocent Ukrainians before we act?