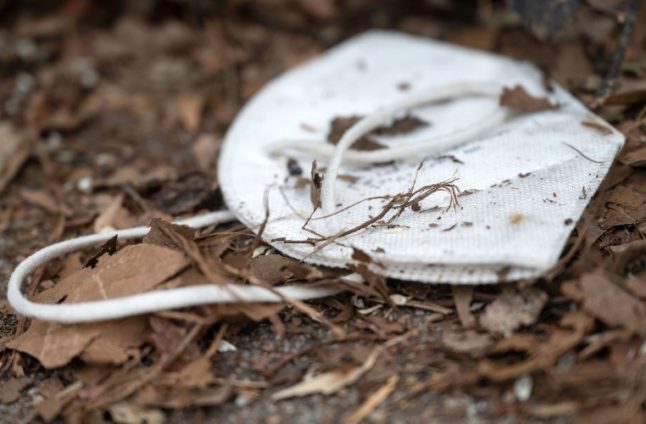 “The pandemic is not over yet, and the current political dispute is endangering our ability to treat patients,” Michael Weber from the Association of Senior Hospital Physicians told the Neue Osnabrücker Zeitung.

Weber said that 20 percent of hospitals were still complaining about excessive strain on their emergency care facilities.

He said that this was reason enough for state governments to start activating the “hotspot” clause in the new Disease Control Law, which allows for the reintroduction of face masks in indoor areas and social distancing.

A good ten percent of beds in general and intensive care units continue to be occupied by patients with Covid symptoms, Weber said.

Surveys suggest that hospitals are still postponing surgeries due to the fact that so many staff have tested positive for the virus.

The warning comes despite the fact that registered new cases of infection are falling sharply.

Health departments in Germany reported 55,471 new infections on Sunday. A further 36 deaths were recorded nationwide within 24 hours, compared with 42 a week ago.

With Easter coming up next weekend, Health Minister Karl Lauterbach (SPD) and Family Minister Anne Spiegel (Greens) called on people to use antigen testing and masks when visiting family.

“The number of cases is declining sharply. To keep it that way, everyone should get tested before an Easter trip or test themselves,” Lauterbach wrote on Twitter. He also advised people to voluntarily wear masks indoors.

According to the Health Ministry, Germany still has 77 million doses of Covid vaccine in stock, more than 10 million of which will reach their expiration date by the end of June. A further 50 million will pass the expiration date in the third quarter.

It has ordered a total of 677 million vaccine doses for the period between 2021 and 2023, more than half of them from Biontech/Pfizer.

The health policy spokesman for the CDU/CSU parliamentary group, Tino Sorge (CDU), accused Lauterbach of a “shopping frenzy” in an interview with Welt am Sonntag newspaper.

“The minister no longer knows any limits when it comes to ordering vaccines. He orders whatever is there – the actual need and the costs no longer play any role for him,” Sorge said. In view of the tight budget situation, he warned that Lauterbach would have to account for “what costs have been incurred by the federal budget as a result of his unnecessary orders.”