Scholz gets stinging defeat in parliament with Covid jab vote

In a tough week for the government, Germany's Olaf Scholz has suffered a stinging defeat in parliament and renewed criticism over his handling of the Ukraine war.

The German chancellor suffered a painful defeat in parliament on Thursday, with lawmakers voting down a government-backed proposal for mandatory vaccinations for people above 60.

Scholz, who in late November touted compulsory jabs for all adults as the surest way out of the pandemic, had set a goal of introducing the jabs in "late February or early March".

But the effort has petered out since, as even some members of the liberal FDP, which is part of Scholz's coalition, are opposed.

After weeks of wrangling to find a formulation that could win a majority, a government-backed proposal for over-60s to get vaccinated was put to the vote on Thursday.

But only 296 lawmakers voted in favour, while 378 parliamentarians cast their ballots against.

The defeat was all the more embarrassing as the proposal was already significantly watered down to include only those above 60, a smaller group than the originally targeted adult population in general.

While Covid infections remain high in Germany, the push for jabs in recent weeks has lost momentum as hospitals have been far from overwhelmed.

Germany has also eased most Covid curbs, including lifting a mask requirement in schools and shops, while the public's attention has also focused on Russia's invasion of Ukraine.

Neighbouring Austria's decision in March to suspend mandatory jabs for all adults further bolstered the case of those opposed to making vaccinations compulsory.

Around 76 percent of Germany's population has received two doses of the vaccine, and 58.9 percent have also received the booster.

Trying to rally MPs to vote for the government-backed proposal, Health Minister Karl Lauterbach said that if the Omicron variant remained dominant, 200 to 300 people will continue to die daily in Germany.

"Do we as a society want to accept that?" asked Lauterbach. "That is not what I would call a humane society."

With the vote in the balance, the chancellor even got Foreign Minister Annalena Baerbock to ditch a NATO meeting on Ukraine in Brussels to return to Berlin to cast her ballot at the Bundestag, according to German media reports.

"That honestly is a completely unreasonable signal, also to the world because we're saying: 'No, Ukraine is not that important. Germany has no leadership role here," Paul Ziemiak, the party's former general secretary lashed out.

Scholz, who took over from Angela Merkel following his party's surprising win at last year's general elections, has been under pressure at home and abroad for failing to take on a bigger role in the Ukraine crisis. 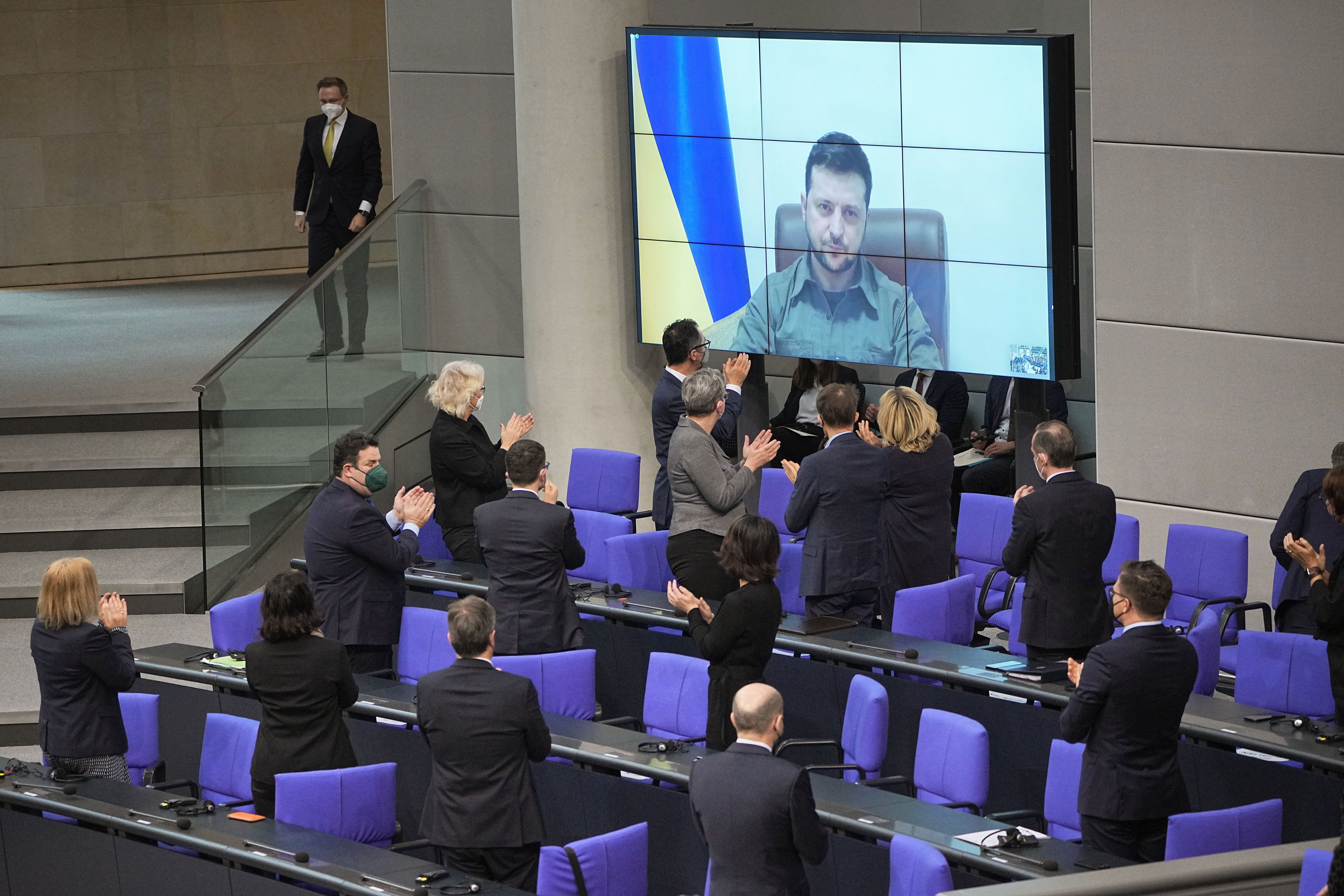 While he announced a 180-degree turn in Germany's foreign and defence policies, with huge spending earmarked for the military, critics say his government is not moving fast enough with arming Ukraine or in punishing Russia with tougher sanctions.

With 55 percent of Germany's gas imports stemming from Russia before Moscow's February 24 invasion of Ukraine, Berlin has refused to impose a full embargo on Russian energy.

Scholz's muted response to Ukrainian President Volodymyr Zelensky's direct appeal to him in parliament in mid-March also sparked an outcry.

In an address to the Bundestag then, Zelensky implored Scholz to "tear down this Wall" that he said Russia was building in Europe.

"Give Germany the leadership role that you in Germany deserve," he pleaded.

But Scholz did not address parliament immediately afterwards, saying only in a brief tweet that "we feel obliged to do everything we can so that diplomacy has a chance and the war can be stopped."