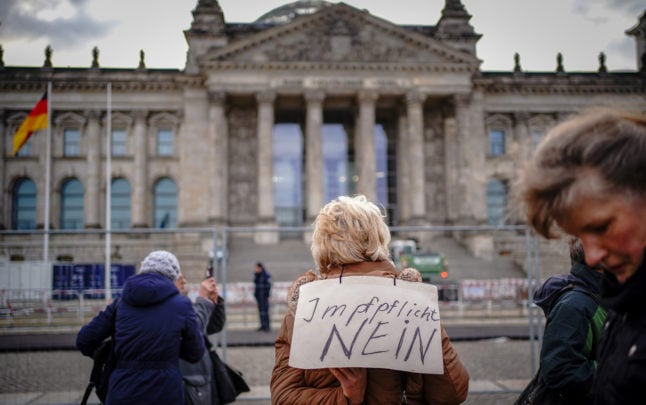 After two groups of pro-vaccination MPs joined forces on Wednesday, there is now just a single bill on the table in support of a mandate.

The draft proposes compulsory vaccination for people aged 60 or over, and was put forward by politicians from the SPD, Greens and FDP.

Just a few days before the vote, the authors of both bills joined forces on a compromise proposal designed to win votes from the opposition CDU/CSU parties.

The watered-down plans adopt the age limit of over 60 suggested by the conservatives and also take up their idea of establishing a general vaccination register.

It would require anyone aged 60 or older to submit proof of triple vaccination by October 1st, 2022 – the start of the colder months when Covid infection rates have previously been high.

Unvaccinated adults, meanwhile, would be required to attend a compulsory consultation with their doctor to discuss the possibility of vaccination and raise any questions they may have.

It remains unclear whether the bill will be able to attain a majority in parliament. At the last count, 280 politicians in the Bundestag had openly supported the motion – around 90 votes short of the number needed for an outright majority.

On the opposition side, there are believed to be around 197 MPs, meaning around 250 votes are undecided.

Speaking to DPA on Thursday, CDU Secretary General Mario Czaja said he did not expect the mandate bill to pass.

“So far, I don’t see a majority for any motion in parliament,” he said.

Rather than a general vaccine mandate, the conservatives have put forward a proposal for a “vaccination precaution mechanism” designed to prepare for the emergence of a dangerous new variant in autumn. This would allow for the introduction of a vaccine mandate, but only for specific groups or professions.

“The parliamentary group stands united behind our proposal,” Czaja said.

The bill is also competing against two bills opposing a vaccine mandate.

One of these was put forward by FDP politician Wolfgang Kubicki and outlines plans for a more targeted vaccination campaign to convince groups that are currently underrepresented in the vaccine coverage.

A further bill put forward by the far-right AfD rejects a vaccine mandate outright. It argues that a mandate would be “unconstitutional” and posits that none of the available vaccines are completely effective against infection.

U-turn on the mandate

During the first 18 months of the pandemic – including during the federal election campaigns last September – politicians of all stripes were quick to rule out a general vaccination.

But in view of the slow vaccination rate at the height of the Delta wave, Chancellor Olaf Scholz (SPD) and the state premiers came out in favour of the measure at the end of last year. If the Bundestag decides to make vaccination compulsory, the Bundesrat (upper house) would have to approve it. 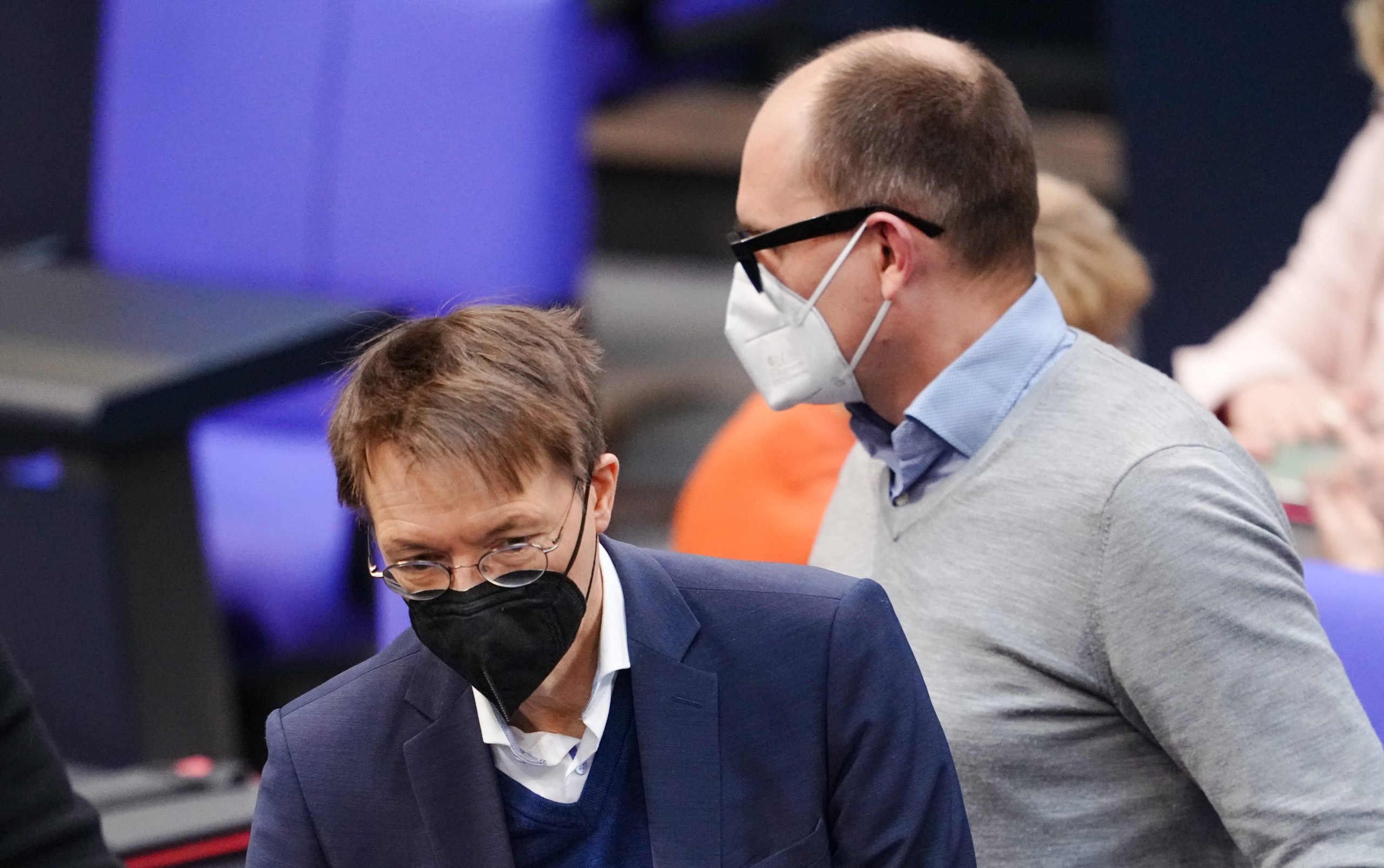 However, most parliamentarians in the Bundesrat – comprised of representatives of the federal states – are believed to be in favour of the move.

As of Thursday morning, at least 63.2 million people, or 76 percent of the German population, had had at least two shots of vaccine. However, the vaccination campaign has come to a virtual standstill in recent months, with just 50,000 shots being administered on Wednesday.

Federal Health Minister Karl Lauterbach (SPD) said on ARD television on Wednesday evening that he believed the compromise proposal from the traffic light factions would get a majority. Should the compulsory vaccination, which he supports, fail, he said he would not think of resigning.