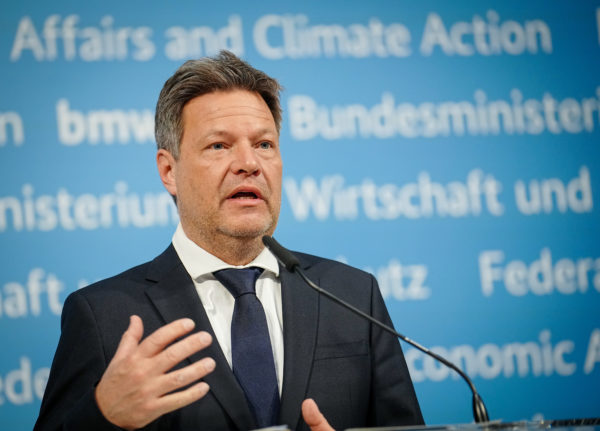 After G7 countries rejected the Russian demand, Economy Minister Robert Habeck said at a press conference he had called for the first “early warning” alert level under the plan, establishing a crisis team in the ministry to monitor the situation.

Habeck said it was a precautionary measure and that the security of supply of gas in Germany continues to be guaranteed. According to the emergency warning plan, there are three crisis levels.

“There are currently no supply bottlenecks,” Habeck said in a statement. “Nevertheless, we must increase precautionary measures in order to be prepared in the event of an escalation on the part of Russia.”

Gas reserves were currently at 25 percent of capacity, the minister said during a press conference, adding that a stop to deliveries from Russia would have “serious” consequences, though supplies continued to flow.

With the declaration of the early warning level, a crisis team has convened, he said.

“The crisis team is analysing and assessing the supply situation so that – if necessary – further measures can be taken to increase security of supply. The federal government is doing everything it can to continue to ensure security of supply in Germany.”

Putin announced last week that Russia would only accept payments in rubles for natural gas deliveries to “unfriendly countries”, which includes all of the European Union.

But on Monday, Germany and other G7 countries agreed this demand was “not acceptable” and a breach of existing agreements.

The Kremlin reiterated on Tuesday that it will only be accepting payment in rubles for gas deliveries to the EU.

“We are not going to accept a breach of the private contracts” for gas deliveries, Habeck said in a press conference on Wednesday.

Germany is highly dependent on Russian gas for its energy needs, with 55 percent of its supplies being delivered along pipelines from the country before the invasion of Ukraine.

Since the outbreak of the war, Germany has accelerated plans to wean itself off Russian gas and diversify its supplies. 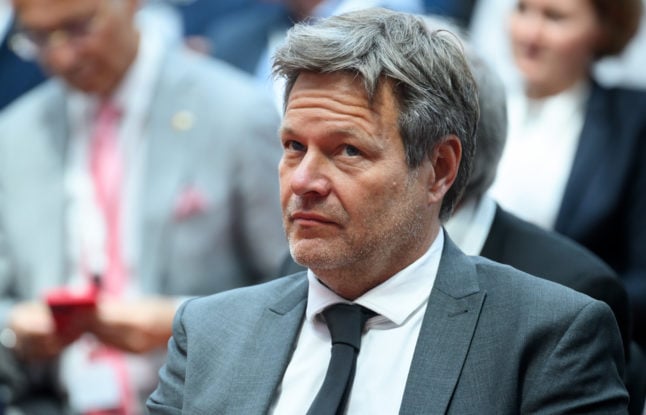 Germany would “not allow system effects” to ripple through the gas market, where the failure of one company could lead others to go under as well, Economy Minister Robert Habeck told reporters.

The emergency legislation will “facilitate” stabilisation measures for energy companies, including the possibility of the government becoming a shareholder, the ministry said.

German energy company Uniper, one of the biggest importers of Russian gas, entered into talks with Berlin over a possible rescue plan last week.

A 60-percent reduction in gas supplies via the Nord Stream pipeline from Russia in mid-June forced Uniper to pay higher prices for alternative supplies on the spot market.

Unable to pass the cost on, the gas squeeze left Uniper with “significant financial burdens”.

Bailout options under discussion included extending further credit lines from the public lender KfW or an equity investment in Uniper, the group said.

Officials estimate a rescue package for the struggling energy group could cost around €9 billion, according to Bloomberg News.

Germany has criticised Gazprom’s “political” decision to limit supplies, which the Russian energy company blames on a delayed repairs.

Following the move, Berlin raised the alert level under its emergency gas plan, bringing it a step closer to rationing the fuel.

The government has mandated for its gas storage facilities to be 90 percent full by the beginning of December.

In June, Berlin also bailed out Russian energy giant Gazprom’s former subsidiary in Germany with between nine and 10 billion euros worth of loans after it had been placed under state control.

Securing Energy for Europe, as the company was renamed, is a network operator, and indirectly controls Germany’s largest but largely empty gas storage facility in the northwestern town of Rehden.