Several full days of strike action have been held in the last weeks, effectively bringing air travel in some parts of Germany – including Frankfurt, Hamburg and Berlin – to a standstill.

The strikes grounded hundreds of flights on each day of action, affecting tens of thousands of travellers.

Some readers have reached out to us to ask if more strikes are planned, particularly around Easter in mid-April when many people are planning trips or are welcoming visitors.

We approached trade union Verdi, which represents the affected workers, last week and a spokesman told us that talks were ongoing and he could not say if more strikes were planned.

But there’s good news: on Monday this week, Verdi said that a collective agreement between airport security staff and employers had been reached.

It means that the threat of more strikes has been averted.

The news will come as a big relief to people who are planning to travel in or out of Germany in the coming weeks.

The breakthrough came in the sixth round of negotiations, after talks broke down again on Friday.

The Federal Association of Aviation Security Companies (BDLS) confirmed the agreement on Monday.

The union Verdi has been negotiating with the employers’ association on wage increases for 25,000 security staff nationwide, among other issues.

According to Verdi, a three-step wage increase was agreed for a period of 24 months, with different amounts for the individual wage groups.

Verdi said the pay increase for the current year will be between 4.4 and 7.8 percent. The further steps depend on the wage group and the region, among other points. The adjustment of wages between east and west is to be completed by January 1st, 2024.

BDLS negotiator Rainer Friebertshäuser said wage increases in some cases would be up to 28.2 percent.

But Friebertshäuser said the agreed package “means massive cost increases for the employers, which are a particular burden in the current economic situation of the sector and hurt a lot”.

Verdi had originally demanded an increase of at least one euro in the hourly wage for the approximately 25,000 employees over a period of only twelve months. In addition, there were to be nationwide adjustments at the highest regional level from Baden-Württemberg as well as standardised wage groups. The employers had recently proposed increases in four stages over a longer period.

“The large participation in the warning strikes in recent weeks has strengthened us in the negotiations and made it clear to the employers that they had to take a real step towards the workers (in negotiations),” said Verdi.

Germany has a strong trade union tradition and strikes can often be called during collective agreement negotiations across industries.

READ ALSO: Should I join a union in Germany? 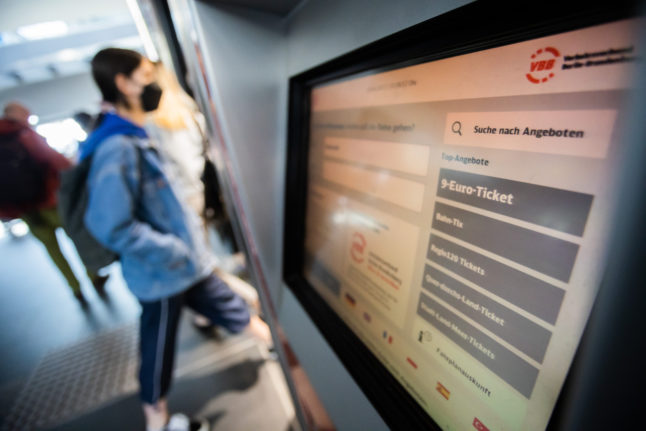 TRAVEL NEWS
Will Germany introduce a new transport offer after the €9 ticket?

Germany’s €9 monthly travel ticket has so far been incredibly popular, with 16 million people snapping up the deal within just a few weeks of the ticket coming on sale.

But social welfare advocates are already looking ahead to September – when the offer is due to end – and are calling on the government to keep affordable transport high on the agenda.

“Politicians must now seize the opportunity and set the long-term course for sustainable and affordable mobility by improving local and regional public transport and making it affordable for everyone,” Adolf Bauer, president of the German Social Welfare Association, told the Funke Mediengruppe.

Pointing to the level of demand for the €9 ticket, Bauer said the deal had shown how great the potential for local public transport use could be.

“It is imperative to use this momentum to develop a permanently discounted offer for public transport tickets,” he said.

One option that states are said to be considering is a €365 annual ticket that would work out at just €1 per day for unlimited local or regional travel.

This idea has already been adopted in some German cities, but so far it has only been rolled out at a state level for individual groups like seniors or students. 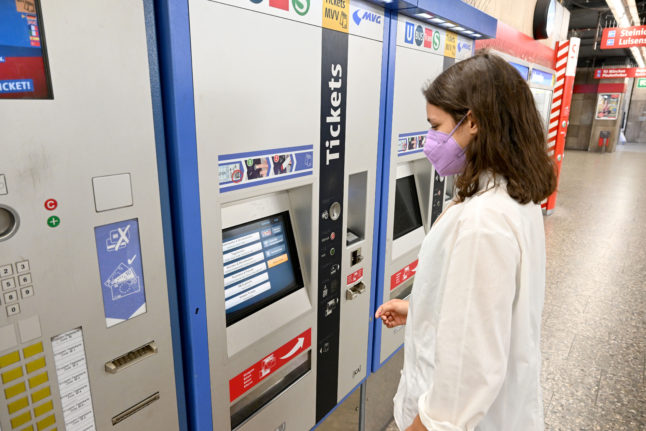 The Left Party (Die Linke) has also been upping pressure on the government to find a more long-term cheap transport solution when the €9 ticket ends.

Left Party parliamentary leader Dietmar Bartsch told the Funke Media Group on Wednesday that ending the ticket without an alternative offer could be “fatal” for public transport use.

“We should permanently replace the €9 ticket with a €1 ticket,” he suggested. “€1 a day or €365 euros a year – that’s all local transport should cost citizens.”

According to Bartsch, this would be “a sensible instrument against the effects of inflation, for social cohesion and climate protection.”

Kristian Ronneburg, the transport spokesperson for the Left Party in the Berlin House of Representatives, also urged the federal government to step in and provide funding for cheap trains and buses.

“Increases in ticket prices after the expiry of the €9 ticket would be a disservice to the transport transition in our metropolitan region,” he said. “There needs to be continued public pressure on the federal government not to let things slide now, but to support the ticket permanently and enable attractive fares without neglecting the refurbishment, modernisation and expansion of the rail infrastructure.”

In Austria’s capital, Vienna, a €365 annual transport ticket had been a huge success, with less than 30 percent of city residents using a car to get around and almost 40 percent relying on public transport.

However, some experts point to the fact that Vienna’s public transport network has also been consistently expanded and improved over several years, making it a more attractive proposition than, for example, public transport in Berlin.

According to Karl-Peter Naumann, honorary chairman of Pro Bahn, the rail network and rail transport should first be expanded and prepared for greater demand before offering low-cost local transport. 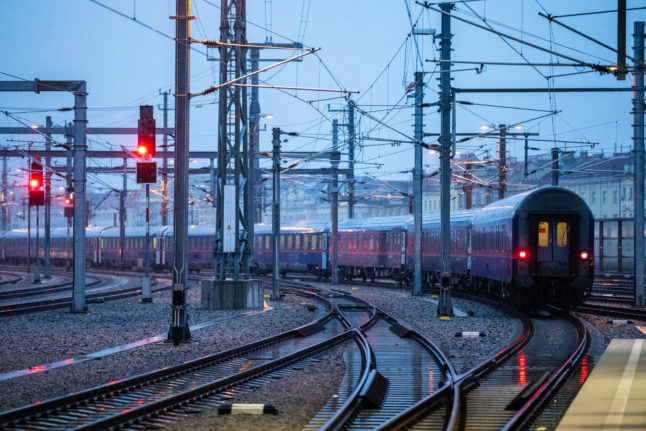 At the same time, driving has to be made significantly more expensive, for example through higher parking fees.

“This is the only way to achieve a mobility transition and a shift from road to rail,” Naumann told the Funke Media Group.

The chairwoman of the conference of transport ministers, Maike Schaefer, also argued that in addition to the best possible nationwide ticket, the federal states needed higher regionalisation funds for better timetables and infrastructure.

“All this should be put together in a big package for the transport turnaround in order to sustainably save CO2 in the transport sector,” the Bremen Senator for Climate Protection and the Environment told the Redaktionsnetzwerk Deutschland.

READ ALSO: What tourists in Germany need to know about the €9 public transport ticket

The €9 ticket is due to run throughout July and August as part of the government’s energy relief package.

Although there is also a temporary fuel tax cut for drivers, the traffic light coalition of the Social Democrats (SPD), Greens and Free Democrats (FDP) is hoping that the transport offer could encourage people to ditch their cars for the summer and take trains and buses instead.

However, despite the enthusiastic take-up of the ticket, the pro-business FDP has been quick to rule out any extension of the deal beyond autumn, with Finance Minister Christian Lindner citing costs of more than a billion euros per month.

“Steps towards free public transport are controversial because shortages (e.g. in seating) cannot then be controlled by price,” he said, adding that people could overwhelm the capacities of trains and buses. 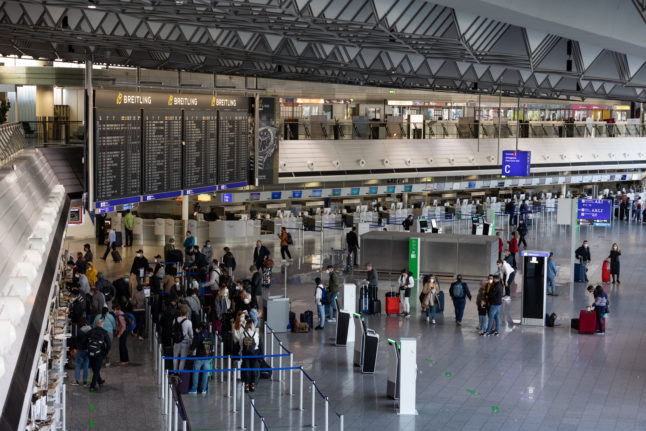 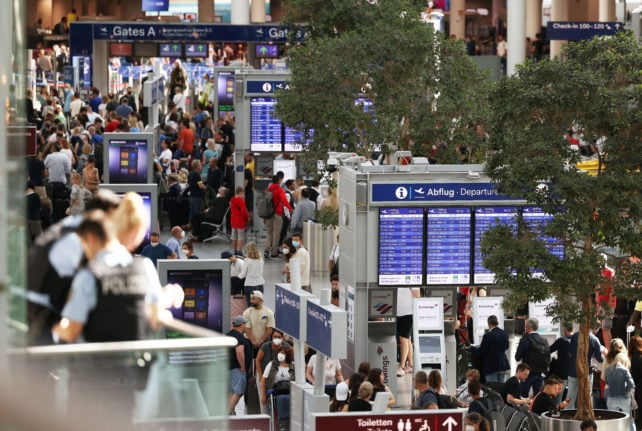 TRAVEL NEWS
Will Germany manage to tackle its airport chaos this summer?
Url copied to clipboard!