Germany was meant to lift most Covid measures on March 20th. Instead, politicians and many residents are still gripped by Covid panic even though other countries have found ways to move forward, writes Brian Melican.

For those of us who work in the media, taking a proper holiday can be difficult. Things that other people do with their time off – being given a tour, for instance, or reading the paper cover-to-cover over a leisurely breakfast – can easily end up feeling like work. So in that spirit, let me share with you some things I discovered while on holiday in Sweden last week.

Firstly, if you’re on a guided tour, you don’t have to prove your vaccination status or wear a mask. (I haven’t written “anymore” because I’m reliably informed that you never had to). What’s more, even if you read the paper from front to back, you won’t find out much about coronavirus: on the day I arrived, Saturday 19th March, there was precisely one story about it in Svenska Dagbladet – a short article on page 21 headlined “Death rates in line with flu season averages”; when I left a week later, there was another short back-pages article giving an overview of the Covid-19 situation in Europe. Seen from Sweden, Germany’s high rates of the disease are due to continued asymptomatic testing and our health service is well able to handle the case-load.

This view stands in marked contrast to that of our Groundhog-Day media outlets (“Today’s 7-day average of new cases is…”) and is particularly necessary at the moment because, from inside the fishbowl, it’s harder than ever to understand what is going in Germany. Many politicians and most of the general population are still gripped by Covid panic, and rather than some kind of end-date, milestone, or “Freedom Day”, the legislation of 20th March has actually proven to be a Rorschach test. I was, of course, away when it came into force, but also kept abreast of the news here (no, I’m really not good at being on holiday) – and even as a journalist, I’m confused.

How so? Ahead of 20th March, German weekly newspaper ZEIT ran a front-page op-ed welcoming the change. Yet the newspaper’s Hamburg reporters soon dampened any expectations I had of returning from holiday to a more relaxed environment: as it turns out, Hamburg’s Senate decided to avail itself of the transition period to retain all restrictions until 2nd April and will then declare the city a ‘hotspot’, allowing it prolong existing restrictions indefinitely – and introduce yet more at short notice. 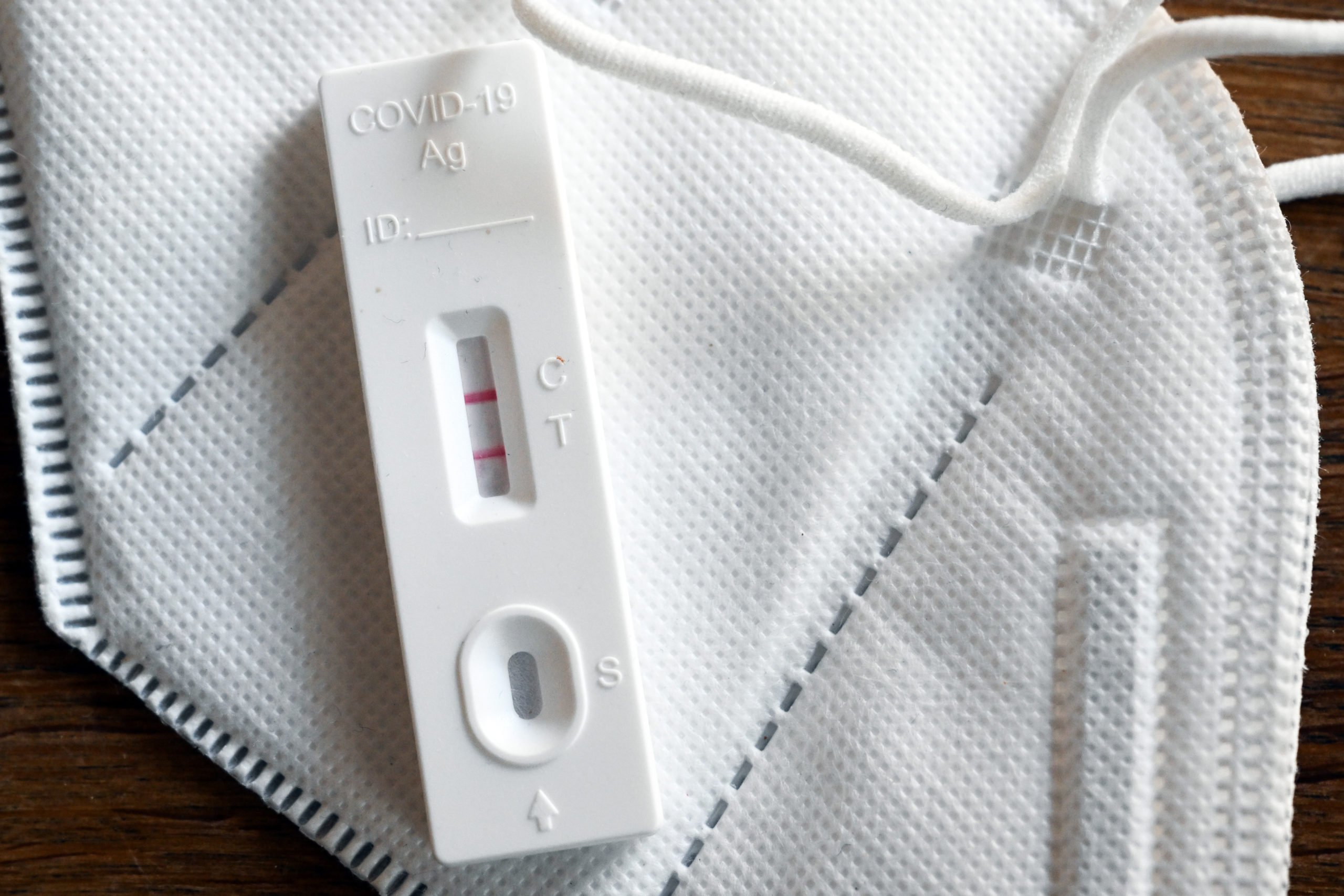 It’s not just Hamburg, either: the list of federal states looking to apply the hotspot exception is so long that it would be quicker to name the few who have opted not to. So when I returned to Germany at the weekend, entering via Schleswig-Holstein, everything was exactly the same as when I left: masks, physical distancing, one-way-systems, etc. Yet oddly enough, this week’s ZEIT carries another opinion piece bemoaning how Germany is loosening restrictions at exactly the wrong time.

READ ALSO: Why Germany is in a bitter row over Covid measures

'Worst of both worlds'

There is only one possible explanation for what is going on: Germany as a body politic is suffering from a severe form of cognitive dissonance. In order to respect the constitution – which, although it has been stretched to breaking point since March 2020, still forbids curbs to basic freedom without good reason (see Art. 2) – the federal government has lifted restrictions in law, and so now considers the matter resolved. Opinion leaders, media-savvy zero/no-Covid types, and a majority of the general public take this at face value and think restrictions have been lifted – and lifted too fast – when, in actual lived reality, they quite patently haven’t.

The result is that we are now in the worst of both worlds. Those few of us who think it is time to ditch restrictions have been palmed off with an alternative legislative reality; meanwhile, the vast majority are now scared sick despite the fact that, objectively, nothing has changed and Germany still retains one of the highest levels of Covid stringency in Europe.

Speaking on public radio ahead of March 20th, Head of the German Medical Association Klaus Reinhardt summed up our societal split quite well when he said that he was worried about two kinds of mask-wearers: those not wearing them properly even in enclosed spaces like on the S-Bahn at rush hour on the one hand and, on the other, those wearing them impeccably while alone in their cars or out on bike rides in the woods.

As a medical man, Reinhardt is clearly worried not just about Covid, but about Covid-related harm – i.e. the psychological disorders now resulting from two years of constant haranguing about the danger of respiratory illness. Unfortunately for him, though, another medical man, epidemiologist Karl Lauterbach, is our federal Health Minister. And when Lauterbach speaks on radio, he doesn’t sum up the societal split – he embodies it. Long the poster-boy for hawkish Covid policy, Lauterbach now finds himself forced to take Justice Minister Marco Buschmann’s constitutional concerns seriously and, outwardly at least (and to the despair of his fans), tow the federal government line. 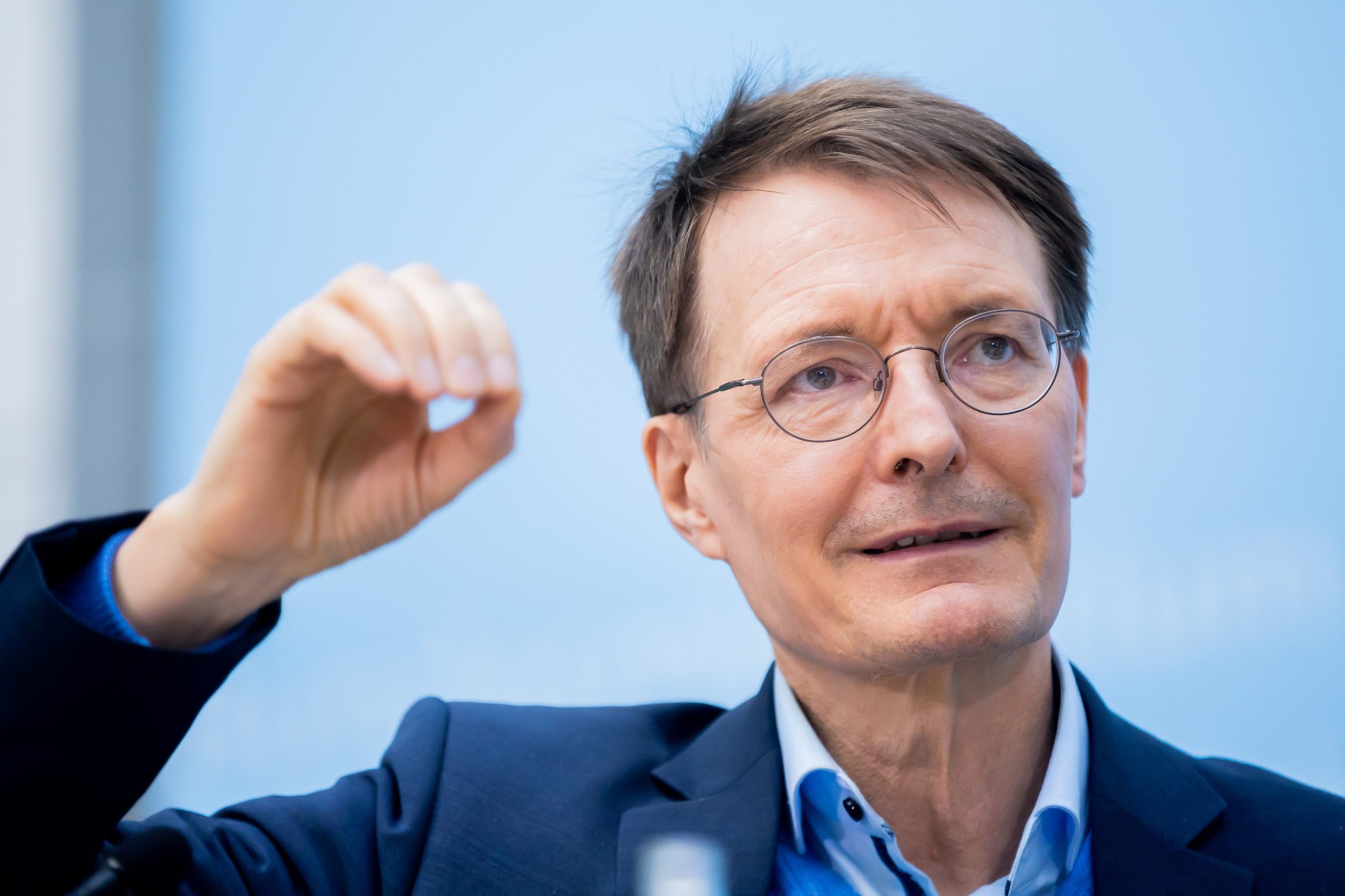 So his recourse is now to keep on about how dangerous corona is, make various dark prophesies about the coming autumn, and delegate pressure down to the states, whom he repeatedly begs to go against the loosening of restrictions his own government has enacted. And to pull off this inside job, Lauterbach can rely on the systemic dysfunction in German federalism – a dysfunction repeated attempts to pass the buck upwards over the past two years have made clearer than ever. When the federal government wanted to tighten restrictions in 2020 and this proved unpopular, the Bundesländer blamed Berlin and argued for them to be loosened; now that loosening restrictions is proving equally unpopular, Berlin is once again to blame and the states are tightening them.

Yes, the vote-winner in this year’s round of regional elections will be stringent coronavirus policy. Klaus Reinhardt’s rhetorical FFP2-cyclist stands for a majority of Germans now so utterly traumatised that they fear freedom. You can see this in the petrified look of outdoor mask-wearers dodging oncoming pedestrians; you can hear it in scraps of conversation overheard while waiting at traffic lights – like this one I picked up yesterday regarding one of the few restrictions to actually be dropped in Hamburg of late: “I don’t know if I’d feel comfortable going swimming now that you can just walk up like you used to. And no masks! No restrictions whatsoever!” This, by the way, from two young, healthy adults who went on to chat about when and how to get their fourth jabs...

Having just got back from Sweden, where, even on the Stockholm underground, you can count the number of mask-wearers on one hand (yes, both German tourists), this seems weirder than ever. And the continuous obsession with masks – the litany of “It’s crazy to get rid of such an effective tool like mask-wearing at a point like this” – is starting to beg the question of why, if the religious mask-wearing we’ve been practicing for so long is so effective, our death-rate is now rapidly approaching that of our light-touch Nordic neighbour, with our case-load soaring while Sweden’s stays stable.

Not that you’d hear much about this inside the fishbowl, of course. So if you take a holiday outside of Germany at any point, try reading the paper. If you’re not a journalist by trade, it might even count as genuine relaxation…