Outdated equipment, woeful bureaucracy, demotivated soldiers: Germany has quite a task ahead to modernise its army, which it has vowed to do in the wake of Russia’s invasion of Ukraine.

Three days after the attack began, Chancellor Olaf Scholz in a landmark speech pledged a special budget of 100 billion euros for the military, as well
as annual spending of more than two percent of output on defence.

The armaments industry has since been buzzing about the looming spending spree.

So what’s the current state of the Bundeswehr and how is it going to deploy its financial bazooka as Europe’s biggest economy looks to re-arm itself in a historical policy about-turn?

Can Germany defend itself?

In the first hours of Russia’s invasion of Ukraine, the chief of Germany’s land army Alfons Mais sent shockwaves across the country by declaring that “the options we can offer to politicians to support (NATO) are extremely limited”.

The Bundeswehr was “more or less bare”, he wrote on social network LinkedIn.

Defence commissioner Eva Hoegl declared the army was in an “alarming” state in her latest annual report on the Bundeswehr.

Right now, it would not even be capable of fulfilling its basic function of defending Germany in the event of an attack, according to Marcus Faber, a defence specialist and MP for the liberal FDP.

The army, founded in 1955, has been worn down by austerity measures over the years.

Fewer than 30 percent of German naval ships are “fully operational” according to a report published December on the state of the army. Many of the
country’s fighter aircraft are unfit to fly.

And as for ground equipments, out of 350 Puma combat vehicles, only 40 are considered “fit for war”.

Even if it had the equipment, the German army would not have enough people to operate them: with 180,000 soldiers (compared with 500,000 in 1990), it would be thousands short of the numbers needed to repel an invasion. 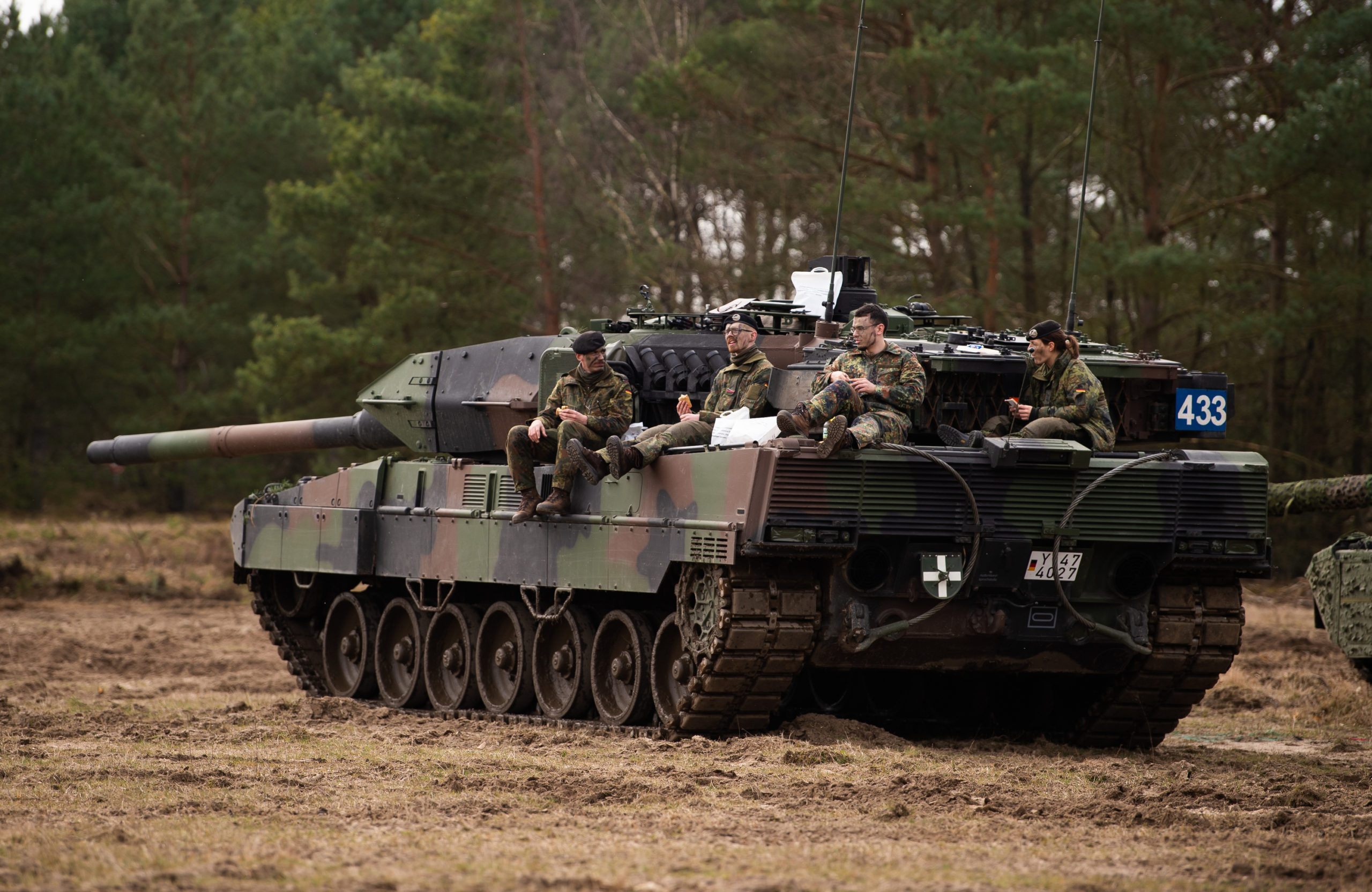 Rather than just throwing money at new gear, Hoegl believes that “planning and procurement structures must be modernised” too in order to bring real change.

The army has a decentralised structure that leaves local authorities in control of the construction and maintenance of buildings — meaning the simplest of projects can take several years.

This “not only leads to frustration among the soldiers, but sometimes also to a loss of confidence in the political process”, Hoegl said in her report.

The central procurement office, which is based in Koblenz and employs around 10,000 people, has also come under fire for being too slow and bloated.

“Even for small purchases, cumbersome procedures have been established over the years,” according to Faber.

The Bundeswehr has been waiting for years for new rifles to replace its  ageing G36 models. Several manufacturers have developed new weapons, but the process has stalled.

The elite mountain infantry force is in dire need of new skis, and the army’s outdated parachutes have also needed replacing for some time.

To improve the situation, the government is looking at increasing the spending limits above which tendering is required.

READ ALSO: Germany has been forced to learn the lessons of its post-war pacifism

Germany has already announced it will replace its ageing Tornado fighter jets with a new fleet of American F-35 stealth fighters and Eurofighters, costing around 100 million euros each.

It is also betting on the planned SCAF European fighter jets in the longer term, and wants to buy armed drones from Israel — an option that until the Russian offensive had been rejected by the ruling coalition.

From Israel, Germany is also looking at acquiring an anti-missile shield system that could offer protective cover as well for neighbouring EU states.

The Israeli Arrow 3 system under consideration costs around two billion euros ($2.2 billion) and could be operational from 2025.

Its corresponding radar system would be installed in three sites in Germany, their monitoring data transmitted to a central site where soldiers would be watching for threats 24/7.

If a rocket attack was detected, an Arrow 3 would be sent up to intercept the missile in space, destroying it there.

Meanwhile, the Main Ground Combat System (MGCS), a new European battle tank, is also in the pipeline, but not before 2035.

In total, it will take “up to eight years” to bring all of the army’s equipment up to modern standards, according to Faber – and not everyone in Germany even wants that to happen.

Some 600 public figures including politicians, religious figures and artists signed an online appeal last week slamming what they called an “arms race” and warning that the spending would lead to cuts in other sectors.