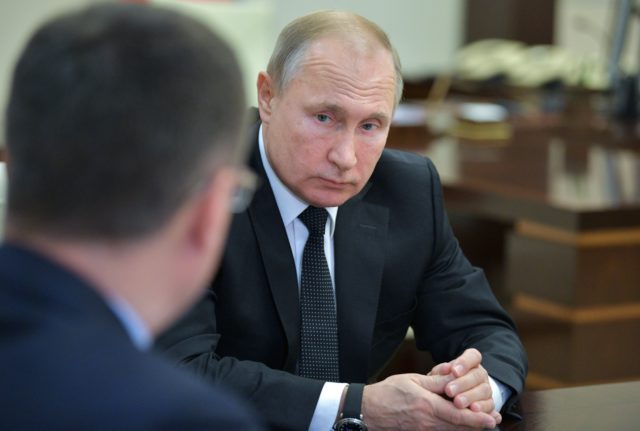 Immediately after his announcement, the ruble – which has plummeted since the start of the Ukraine conflict – strengthened against the dollar and euro, while gas prices rose.

“I have decided to implement a set of measures to transfer payment for our gas supplies to unfriendly countries into Russian rubles,” Putin said during a televised government meeting.

He added, however, that Russia will continue supplying the volume of gas outlined in its contracts.

Putin ordered Russia’s central bank to implement the new payment system within a week, saying it must be “transparent” and will involve the purchase of rubles on Russia’s domestic market.

Putin also hinted that other Russian exports may be affected.

“It is clear that delivering our goods to the European Union, the United States and receiving dollars, euros, other currencies no longer makes sense to us,” Putin said.

Germany has previously paid for its gas and oil imports in euros.

Ukraine was quick to denounce Russia’s “economic war” on the EU and its efforts to “strengthen the ruble”.

“But the West could hit Russia with an oil embargo that would cause the Russian economy to plunge,” Ukrainian presidential advisor Andriy Yermak said on Telegram.

“This is now a key economic battle, and the West must collectively win it,” he added.

German Economy Minister Robert Habeck said Putin’s demand was a breach of contract and that Berlin will discuss with European partners “how we would react to that”.

The cabinet had scheduled a meeting on Wednesday evening to discuss a package of measures to assist people with increased energy costs. The measures will be announced on Thursday morning.

However, the surprise announcement from Putin is likely to have made discussions more difficult by dredging up awkward questions about Germany’s heavy reliance on Russian gas and oil.

Prior to the conflict, Germany imported around 55 percent of its natural gas from Russia.

It has promised to transition away from Russian oil by the end of the year, but the government has so far been resistant to a full blockade on gas, citing fears of a standstill in industry and energy shortages for German households.

Western countries have piled crippling sanctions on Moscow since it moved troops into Ukraine.

The West froze some $300 billion of Russia’s foreign currency reserves abroad, a move that Foreign Minister Sergei Lavrov on Wednesday described as “theft”.

But while the United States banned the import of Russian oil and gas, the EU – which received around 40 percent of its gas supplies from Russia in 2021 – has retained deliveries from Moscow.

Brussels, however, has set a target of slashing Russian gas imports by two-thirds by the end of the year and is eyeing an oil embargo.

Russia has been moving to “de-dollarise” its economy for years, since the introduction of Western sanctions over its annexation of Crimea from Ukraine in 2014.

In March 2019, the Russia state energy giant Gazprom announced its first sale of gas for rubles to an unnamed western European company.

He warned that a full embargo on Russian oil and gas would lead to a “collapse” of the global energy markets and “unpredictable” spikes in prices. 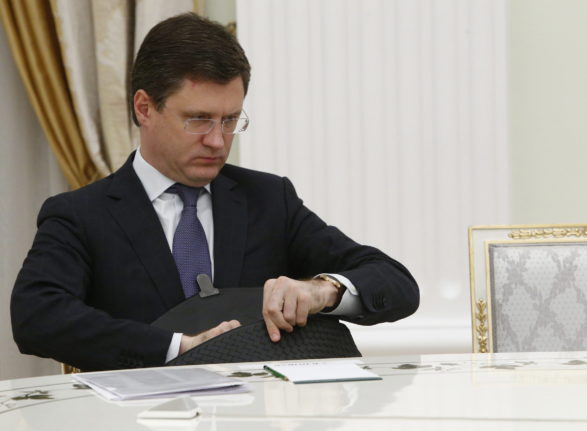 But Ukrainian Foreign Affairs Minister Dmytro Kuleba said any country that met Russia’s demands would be indirectly aiding the brutal war on Ukraine.

“If any EU country bows to Putin’s humiliating demands to pay for oil and gas in rubles, it will be like helping Ukraine with one hand and helping Russians kill Ukrainians with the other,” he wrote on Twitter.

“I urge relevant countries to make a wise and responsible choice.”

Analyst Timothy Ash of BlueBay Asset Management said, however, that it was “hard to see Putin’s move as ruble positive”.

Ash said Putin is essentially trying to force Western countries to trade with Russia’s central bank, which they have sanctioned.

“It will just accelerate diversification away from Russian energy,” he added.

According to investment group Locko Invest, the countries declared “unfriendly” by Russia account for more than 70 percent of Russia’s energy exports in terms of earnings.

The group also highlighted the danger for Gazprom of running out of foreign currency to honour its debts in the future.

But Andrew Weiss of the Carnegie Foundation said: “Putin definitely knows how to build and exploit leverage”.

“Putin has routinely used escalation in such situations to upend his opponents’ best-laid plans. No reason to doubt that that’s changed,” Weiss said on Twitter.