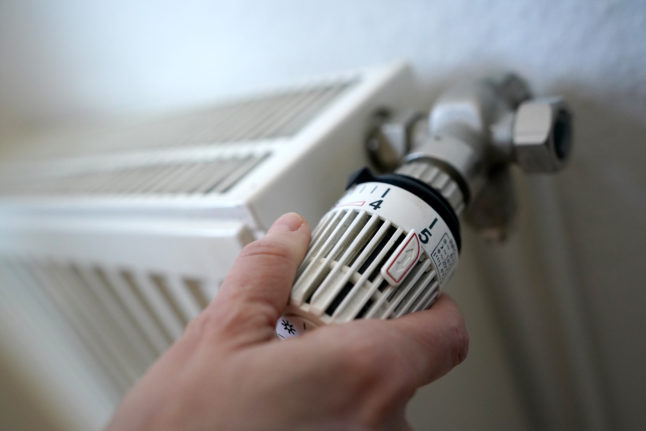 A woman adjusts the thermostat on her radiator. Photo: picture alliance/dpa | Marcus Brandt

The new measures, which include a one-off €300 energy allowance for workers, should offer quick and unbureaucratic relief for low- and middle-income earners, the government said on Thursday.

When the allowance comes in, all employed persons liable to income tax will be paid a one-time flat-rate energy allowance of €300 as a supplement to their salary.

In their original proposals, the SPD had envisioned this money being paid out via the 2023 tax return, which would have the disadvantage of not reaching consumers’ pockets for another two years.

But the government is working on quicker way to release the money to struggling households via monthly salary payments for employees or a cut in advance tax payments for the self-employed.

People on social welfare such as unemployment benefits are also set to receive a €200 lump sum this year ahead of a review in the living costs allowance.

In addition to the one-time payouts, the traffic-light coalition is also planning a tax cut on fuel for drivers, improved energy efficiency measures and more relief measures for middle- and low-income families.

It will also introduce the SPD’s plans for a ‘child bonus’ on €100 per child, similar to the one introduced during the height of the Covid crisis.

Couple of striking developments in 🇩🇪 energy policy today:
1. The coalition has just announced a pretty chunky household relief package including
– €300 income tax rebate for every resident
– 90 days of unlimited public transport for €9/month
– €100 per child for families /1

There are also plans to slash prices on public transport with a 90-day ticket for just €9 in an attempt to encourage financially burdened car drivers to switch to greener transport options.

“Taking the bus and train will probably never have been cheaper in Germany,” said Green party co-leader Ricarda Lang.

The traffic-light coalition of the SPD, Greens and FDP had met at 9pm on Wednesday to thrash out a package of measures that each of the parties would be happy with.

Many of the measures were hotly debated within the cabinet.

One of the most controversial plans – a proposal for a petrol rebate put forward by Finance Minister Christian Lindner (FPD) – didn’t make it into the finalised package.

Announcing the measures on Thursday morning, the coalition promised that the “middle” of society would be relieved efficiently and in a socially just manner.

FDP leader Christian Lindner said the agreement of the coalition leaders was proof of the government’s ability to take decisive action.

“The coalition is convinced that we have to protect the people and the economy in the face of these enormous price increases in the short term and for a limited period of time,” he said.

The coalition had agreed on a first relief package in February before the outbreak of the Ukraine war.

Among other things, it provided for the abolition of the Renewable Energy Act (EEG) surcharge, worth billions, on electricity bills from July.

Previously, this was planned for the beginning of 2023. The package also included an increase in the commuter allowance for long-distance commuters.