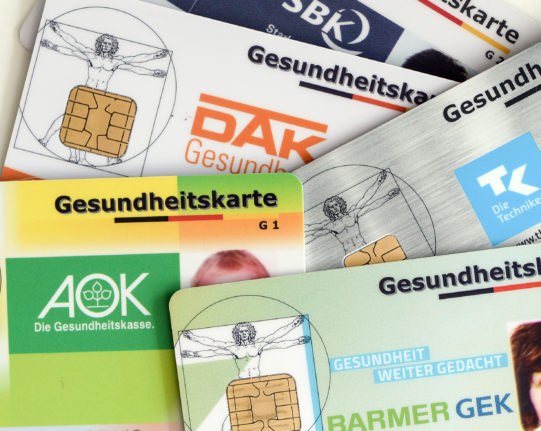 In order to close this financing gap, Health Minister Lauterbach is planning to increase the contributions of those insured.

The politician, who belongs to the centre-left Social Democrats, did not give an idea of how much contributions would go up. “It would be unprofessional for me to report to you here from the ongoing talks,” he said.

At the moment the cost of public health insurance in Germany amounts to 14.6 percent of gross income. For employees, the employer pays half of the contribution rate.

A reduced rate of 14 percent applies to people not entitled to sick pay like those who are self-employed.

Around 86 percent of the German population is covered by by statutory health insurance.

As well as the pandemic putting a massive strain on the system, health insurance companies have also been dealing with expensive reforms aimed at modernising Germany’s healthcare system.

According to the Association of Statutory Health Insurance Funds (Spitzenverband Bund der Krankenkassen or GKV), providers will be short of around €17 billion in 2023.

Insurers and opposition parties are calling for clarity on where the money will come from, but the Health Minister urged patience. “I will present a well-considered bill in time,” said Lauterbach.

The minister stressed however that “lobby interests will not play a role in the restructuring of the health insurance finances”.

Meanwhile, Lauterbach said that “in a few weeks” he would name members for an expert commission on the reform of German hospitals.

Lauterbach said of the commission’s mandate: “The quality of care must be improved and it must become more efficient. And we must ensure security of care despite extreme staff shortages.”

He said that Germany is heading towards a situation “in which we have too few nurses and too few doctors in many regions. We have to find answers to this.”

At the beginning of the week, Lauterbach made it clear in an interview with the Tagesspiegel newspaper that there will be no cuts in benefits for medical care despite the financial gap. “I have made a commitment: I will not cut anything,” he said.