Like other carmakers, German giant VW has had to trim production ever since Russia’s invasion last month forced many Ukrainian factories to close, holding up supplies of car components across Europe.

It is the latest upset to an industry already battered by two years of computer chip shortages and other pandemic-related supply chain disruptions.

“We are keeping our suppliers in Ukraine,” Murat Aksel, VW’s board member for purchasing, told reporters at the group’s Wolfsburg headquarters in
northern Germany.

But “we are currently creating capacities outside Ukraine because no one knows if the war will spread west or how long it will last.”

As well as manufacturing a range of car parts, Ukraine is one of Europe’s biggest suppliers of automotive wire harnesses.

A wiring harness groups together the maze of cables running through every car and is known as the vehicle’s central nervous system.

In Wolfsburg, housed in the VIP section of the Volkswagen Arena stadium, a 150-strong task force of VW experts and representatives from Ukraine’s auto parts industry is working feverishly to keep supply lines flowing.

Solutions range from sourcing replacements for certain parts or switching suppliers where possible, to the radical option of creating “duplicates” of
entire factories.

The most likely destinations for these mirror sites are countries in eastern Europe or the Maghreb, where costs tend to be lower and where the companies can repurpose or expand existing factories.

Pointing at maps of Ukraine and Europe, Aksel said all 16 Ukrainian sites supplying VW with cables are only running at 30 to 40 percent of normal output.

And the situation is “volatile”, he added. 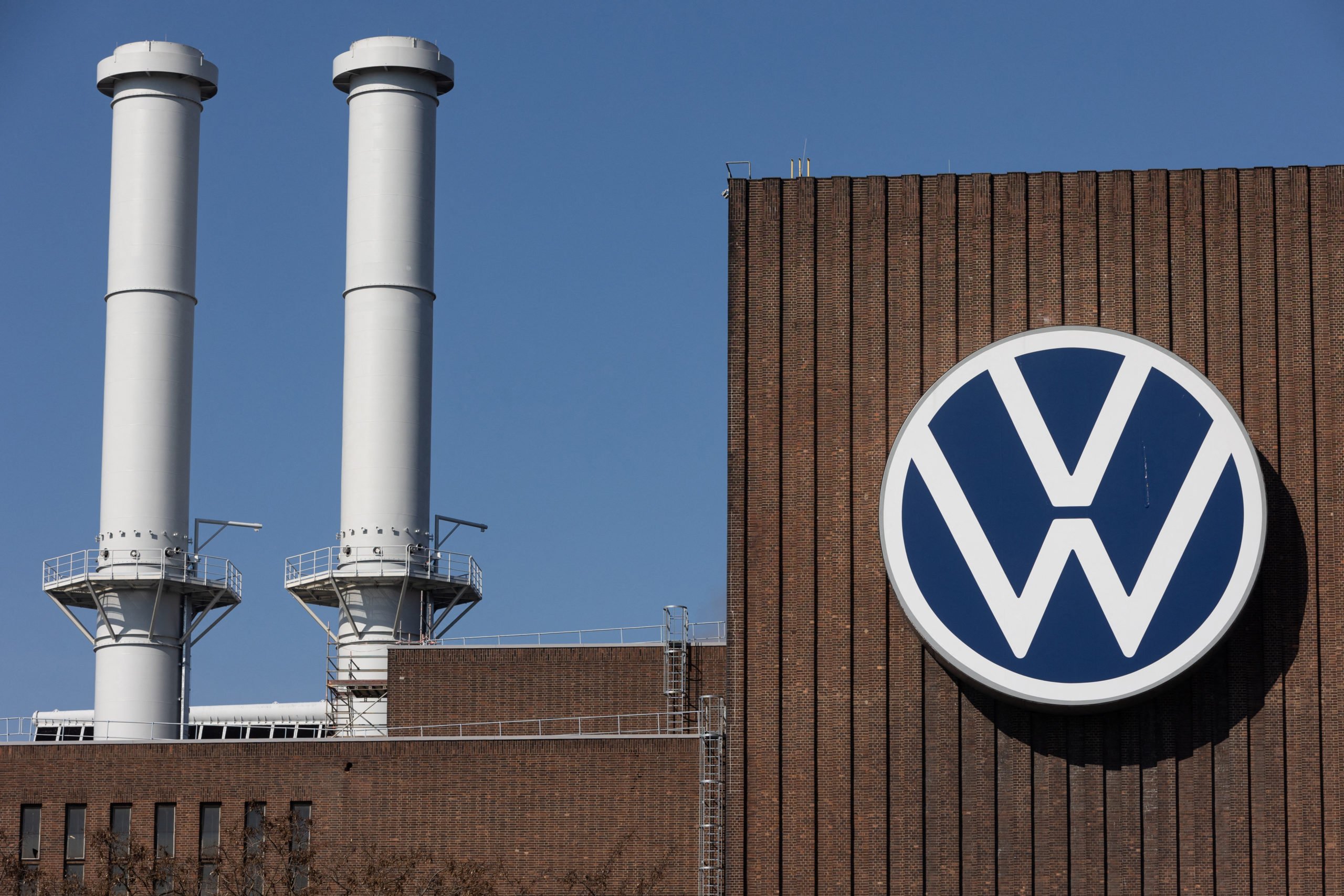 The logo of German carmaker Volkswagen (VW) is pictured on the main plant of the group in Wolfsburg, northern Germany, on March 22nd, 2022. Photo: Yann Schreiber / AFP

One factory outside Kyiv has already been duplicated in Romania.

“If we put in place all our planned measures, we will be able to duplicate all of our Ukrainian production capacity” for wire harnesses, said Geng Wu, co-head of the task force.

In total, around 55,000 employees would have to be trained over the coming months and 90,000 square kilometres of factory space filled with the necessary machines and tools, some of which have months-long delivery times.

German firm Leoni, VW’s main supplier in Ukraine, has already relocated some production of wiring systems to an existing Tunisian plant, and additional capabilities are opening in Romania soon.

But Leoni insisted it had no intention of turning its back on Ukraine as the country tries to withstand Russia’s attacks.

Old Soviet bunkers near two factories in the Lviv region have been refurbished to help keep workers safe.

The company resumed night shifts this week, bringing output back up to 70 percent of normal production, allowing VW to restart its Wolfsburg assembly lines sooner than expected.

“As long as the security situation allows, our suppliers will keep producing,” said Aksel, who visited Ukraine with Spengler earlier this month.

Without the Ukrainian sites staying operational, European car manufacturing plants would be in a “dramatic” situation, Wu added.

Of course the effort and money poured into creating new capacities could be in vain if the situation in Ukraine unexpectedly improves. But VW believes it’s a financial risk worth taking.

“Not making cars at all costs the most,” Aksel said.

But he rejected the idea that duplication could be the industry’s answer to all its logistics woes.

Having a back-up supplier here or there can’t hurt, Aksel said.

But you “can’t duplicate the whole vehicle”.

Volkswagen plans to use the lessons learned from Ukraine to “better understand” the intricacies of its supply chains and minimise the risk of future upheaval.

“This was not our way of doing things in the past,” Aksel said. But only being in contact with direct suppliers is “no longer enough”.

To illustrate the need for early vigilance and attention to detail, he offered up a saying: “You have to be able to hear the grass growing.”