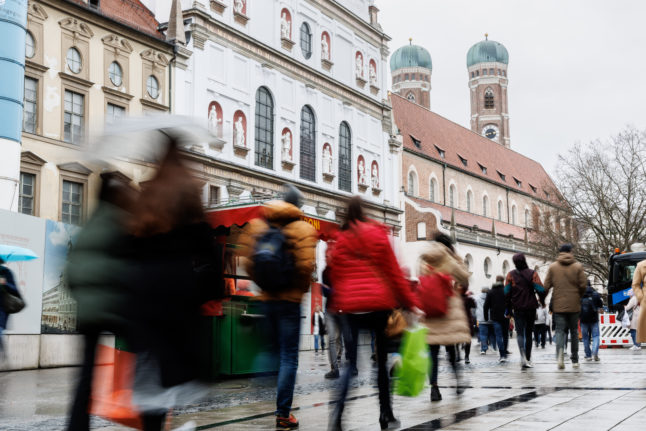 What applies from March 20th?

On Sunday, most of Germany’s Covid protection measures fell away, signalling the country’s own ‘freedom day’.

But states, who have been grumbling about the plan to relax Covid restrictions, have postponed the lifting of measures as part of a transitional phase in view of rising Covid infections.

What applies in your German state now?

Originally, all far-reaching Covid-19 measures were to be dropped from March 20th onwards. But states can still extend the extensive measures that apply under the old Infection Protection Act until April 2nd – and most have.

Here’s a look at state plans for relaxing Covid measures:

Baden-Württemberg: Transitional phase applies until April 2nd. No relaxations of rules are planned until then.

Bavaria: Transitional phase applies until April 2nd. Fairs and public festivals will be permitted from March 20th. Capacity and person caps as well as the special rules for religious services will be dropped. From March 21st, the mask requirement at primary and special schools will no longer apply. As of March 28th, the mask requirement for 5th and 6th grades will also be dropped.

Saxony: Contact restrictions will be abolished as of March 20th. There are to be no limits on capacity for events. Further openings possible from April 2nd.

Schleswig-Holstein: A transitional phase is to apply until April 2nd.

What about riding public transport?

On local public transport you will still generally need to wear a mask and have proof of vaccination, testing or recovery until the transition period ends in the state in question. After April 2nd, masks will likely remain on local transport but not the 3G rule.

On long distance transport you don’t need stick to the 3G rule anymore, unless you are in the catering carriage where rules are stricter until April 2nd. However, you will need to continue to wear an FFP2 mask for the time being.

What about workplace rules?

Technically, from March 20th the so-called ‘home office obligation’ fell away, as well as the need for employees to provide proof of vaccination, recovery or a negative test to go into their workplace. However, regions may be able to extend some of these rules in the transition phase. Check with your employer and local government to be sure.

What happens in April?

After April 2nd (or earlier in some cases), the transition period ends. From this date there is no legal basis for far-reaching Covid-19 measures.

The new version of the Infection Protection Act will come into force, which will see most Covid restrictions dropped.

That includes the ‘G-rule’ entry systems for public spaces (i.e. ‘2G’ and ‘3G’) that require people to show proof of vaccination, recovery or a test before entering a venue.

It will also include things like maximum capacities and hygiene concepts for sports, leisure and cultural venues.

Instead, only “basic protection” will remain in place, which means masks and testing regulations will apply only for particularly vulnerable groups and in facilities such as old people’s homes and hospitals.

Not necessarily. There is a clause in the law that says an area classed as a Covid “hotspot” can get tougher measures, like 3G or 2G rules.

However, state leaders say there are high hurdles for doing this, and believe it will be difficult to bring in more restrictions.

The new Infection Protection Act is set to expire on September 23rd. The Federal Ministry of Health sees the possibility of adopting a new regulation after the parliamentary summer recess, if necessary.

What happens with free Covid tests?

Free tests are expected to remain in place until at least April 2nd in Germany.

But it’s likely they will be lifted soon – although nothing concrete has been set out yet.