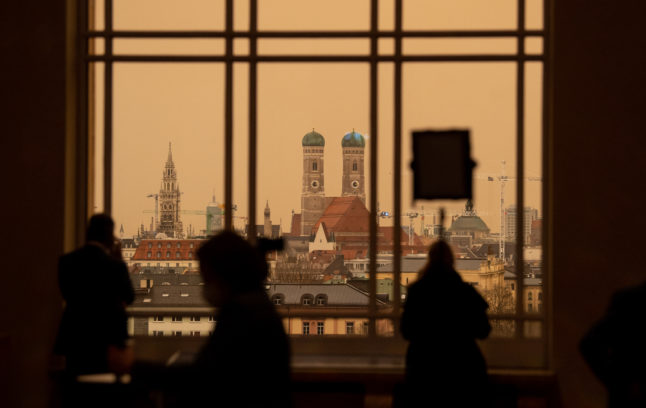 People stand in front of a window in the Bavarian parliament as Sahara dust gathered over the city centre on Tuesday, colouring the sky a yellow/orange colour. Photo: picture alliance/dpa | Sven Hoppe

In many areas in southern Germany – including Bavaria and Baden-Württemberg – looking outside feels a bit like being in a retro film: everything is bathed in a sepia-tinged light.

The phenomenon is down to south-westerly winds which have been carrying dust from the Sahara across the continent, including Germany. In spring, North Africa always experiences strong winds that stir up masses of dust particles.

At the moment, there are sandstorms in the deserts of Tunisia and Libya. With the southwesterly air current, the desert dust is reaching Germany via the Balearic Islands and the Alps. It can be particularly noticeable in Lower and Upper Bavaria. 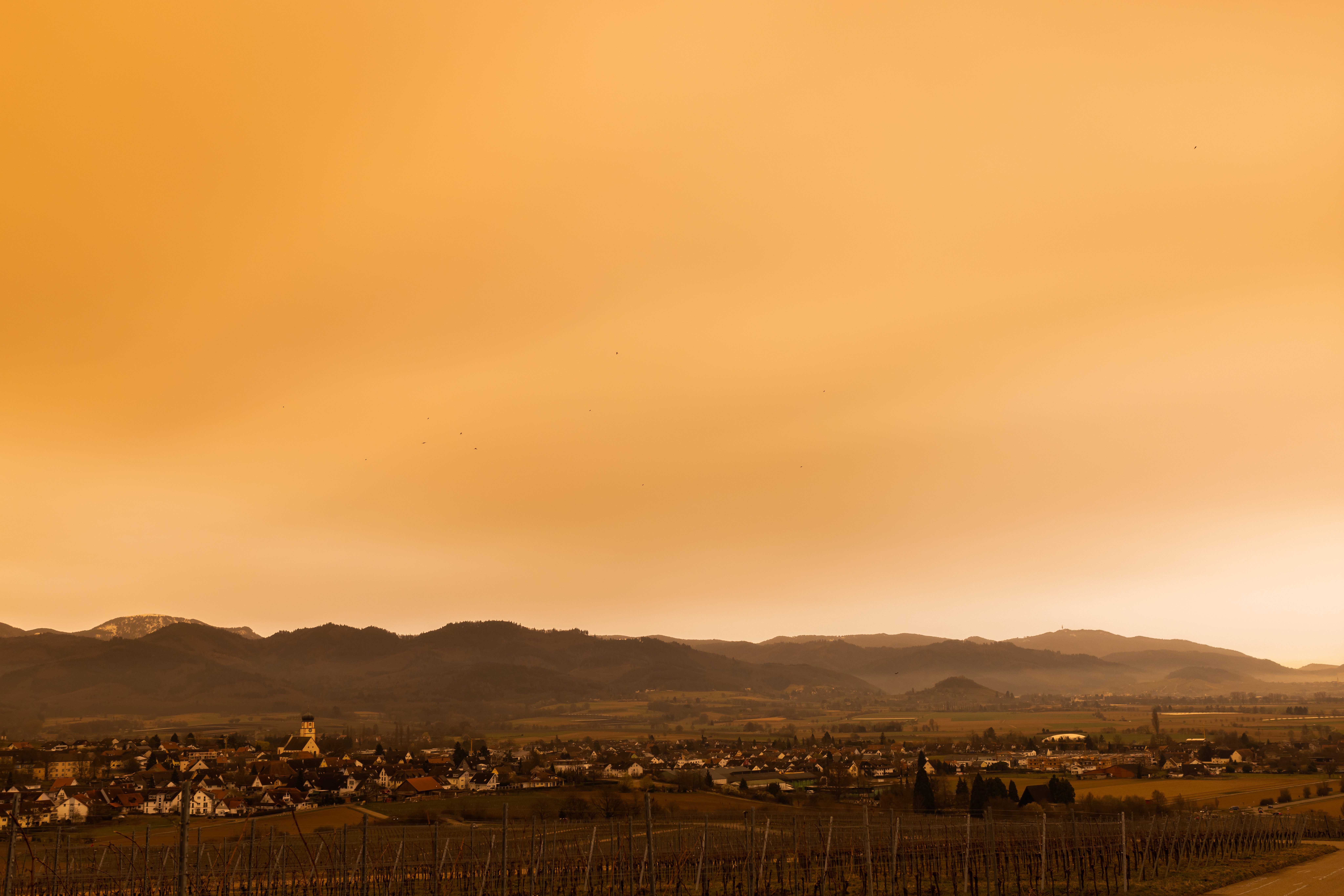 It is one of the most intense – or possibly even the strongest – desert dust event since February 21st 2004, weather expert Michael Sachweh from broadcaster BR24 said.

And on Wednesday, there is still likely to be dust clouds because there is a high concentration of particles in the sky. Light precipitation could also cause a kind of red rain, washing out the desert sand.

Until Saturday morning, more Sahara dust is likely to be blown in Germany’s direction. After this point, forecasters say the air flow will change which will stop the dust from coating parts of the country.

According to the German Weather Service (DWD), it may travel further north. In Saarland and Rhineland-Palatinate, for instance, the dust will make spring-like days a little duller.

When it’s cloudy, the cloud contours become blurred. If the sky is clear – which should be the case again from Thursday thanks to high-pressure weather – the sky does not appear brilliantly blue, but instead it looks hazy or milky, and pale.

Experts say that the morning and evening red colours will become more intense this week. However, the dust can land on cars or other vehicles – and is less pleasant. 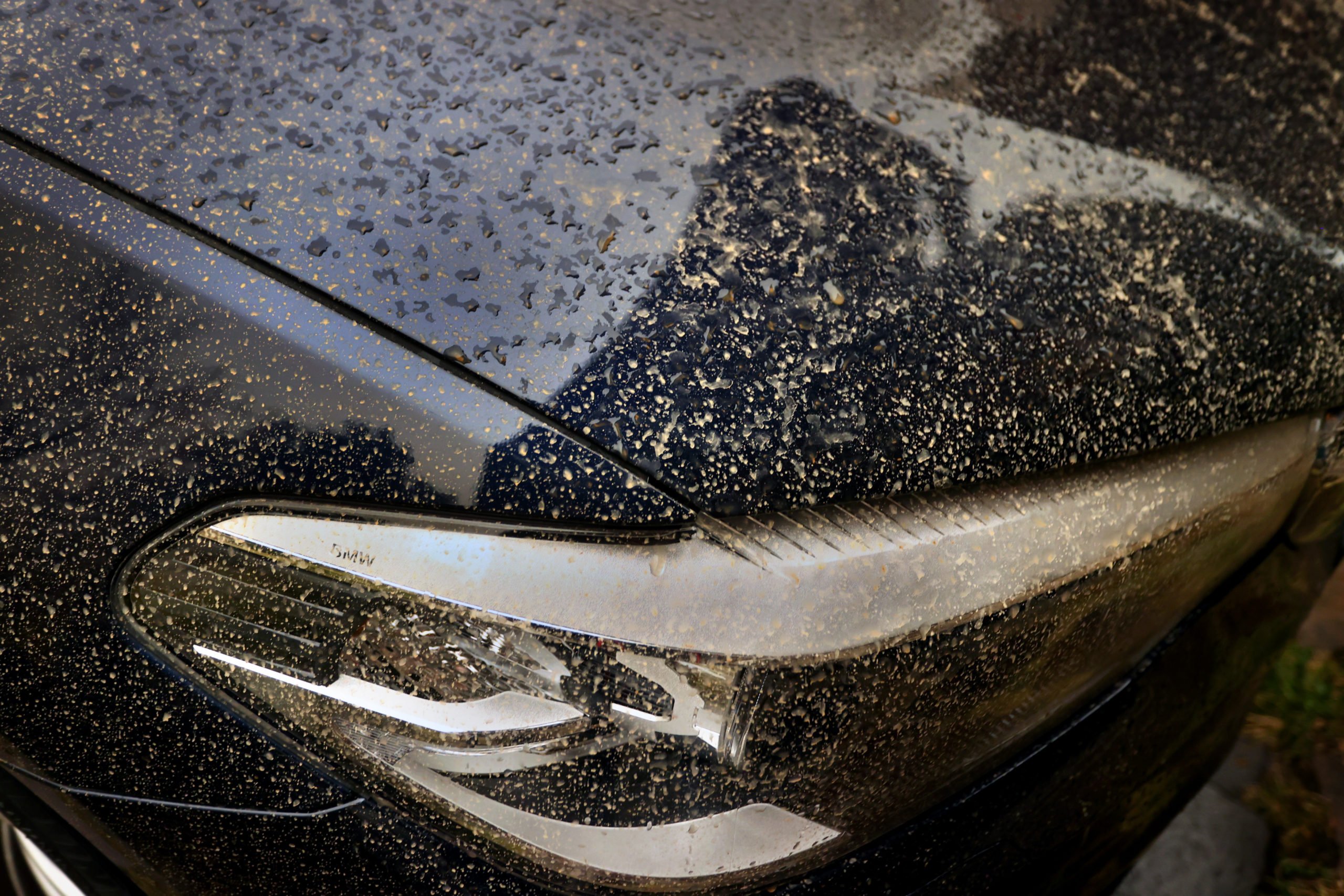 No health hazard in Germany

Experts say that the Sahara dust cloud is not a health hazard because the concentration in the air is not high enough.

But fine particles can enter people’s airways and cause irritation. People with allergies and asthma may get increased symptoms when outside and are advised to manage their condition for instance by using their inhaler if needed or wearing a mask.

The phenomenon is not unusual. On average, desert dust moves from the Sahara via Morocco and France to Germany about five to 15 times a year – mainly in spring and summer. The last massive Sahara dust fog came to Germany in February 2021.

In Spain the sand storms can result in extremely bad air quality. 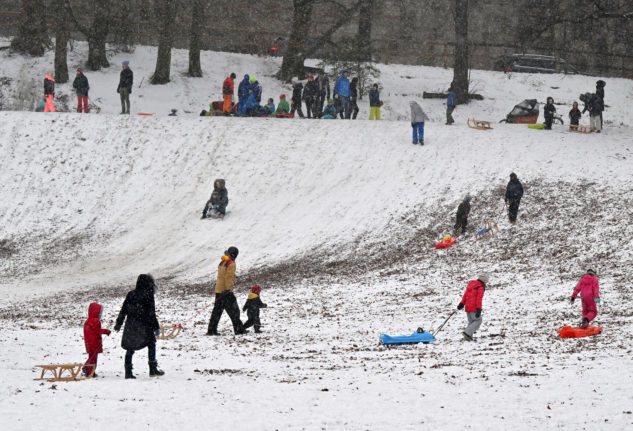