OPINION: Germany has been forced to learn the lessons from its post-war pacifism

Russia's ruthless and illegal invasion of Ukraine has meant Germany can no longer hide behind its post-war policy of pacifism. Hard lessons need to be learned, writes Brian Melican.

It’s nice to be pleasantly surprised once in a while. So after voicing my frustration at Germany’s strategic naivety/cynicism vis-à-vis Russia and the scandal that is NordStream 2, it was gratifying to see that Olaf Scholz and his tripartite cabinet have finally grasped the gravity of the situation and actually acted accordingly – and that public opinion has suddenly swayed to back them.

To an extent we would not have imagined politically possible even a few weeks back, we are now going to sanction Russia’s murderous regime, supply Ukraine with the weapons it desperately needs, and beef up our own neglected defences. We’ve also dumped NordStream and will be getting serious about diversifying our energy sources. This is the essence of the recent Zeitenwende – which might translate as anything from ‘radical change of course’ to ‘end/dawn of an era’ and, of course, was cleverly phrased to echo the 1989/1990 Wende, as the end of the Cold War is known in German. 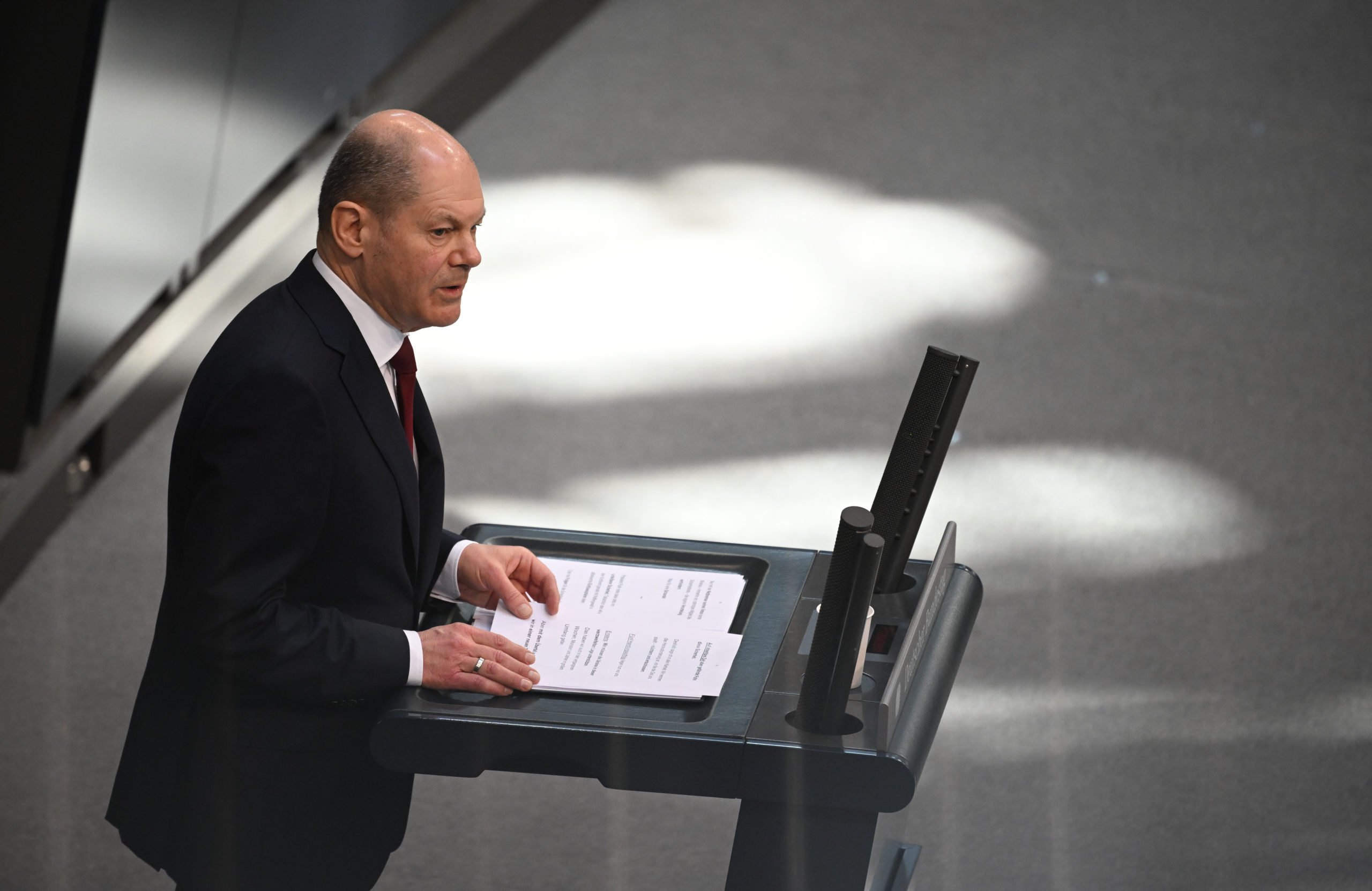 While we’re on the subject of history, though, it’s worth casting an eye back over the last few decades to cut through some of the overly-enthusiastic commentary around our last-minute reality-check. After all, to those of us with long memories, this ‘unprecedented’ Zeitenwende actually seems, in more ways than one, rather familiar.

In 1998, a wholly new coalition had just come to power promising to revitalise Germany after 16 years under a CDU chancellor who, while widely respected for having reacted well to unforeseen events, had come to represent internal stasis. This new coalition included a Green party with an ambitious plan to reshape the economy and personnel straight out of the 1980s peace marches, and was led by the SPD, the party of Ostpolitik, rapprochement, and “Nie wieder Krieg!” (No more war). Within weeks, however, it was precisely this broadly pacifist government with an ambitious domestic agenda which found itself arguing for the first ever post-war deployment of German forces abroad – as part of the NATO intervention in Kosovo.

It’s not just the political set-up, but the arguments for and against involvement which were strikingly similar to today’s. Where, until early March this year, much of the left wing was arguing that Germany should, in view of its history, never deliver weapons into war zones (especially if they could be used to kill Russians), in 1998, most of the SPD and the Greens started from the point of view that, as the colourful language of the time had it, “German army boots should never again be heard marching on foreign soil” – especially not in a part of the world the Nazis had so comprehensively defiled as the Balkans.

Yet just as Putin’s brutality has proven enough to help us surmount the barrier of history in 2022, in 1998, the Serbians’ genocidal pedigree after the Yugoslavian Civil War caused even the most pacifist of German politicians to re-examine their position. It fell to Joschka Fischer – who, as a Green Foreign Minister, could hardly be accused of harbouring war-mongering tendencies –  to sum up the imperative of the hour: “We have always said that war must never happen again. Yet we have also always said that Auschwitz must never happen again.” 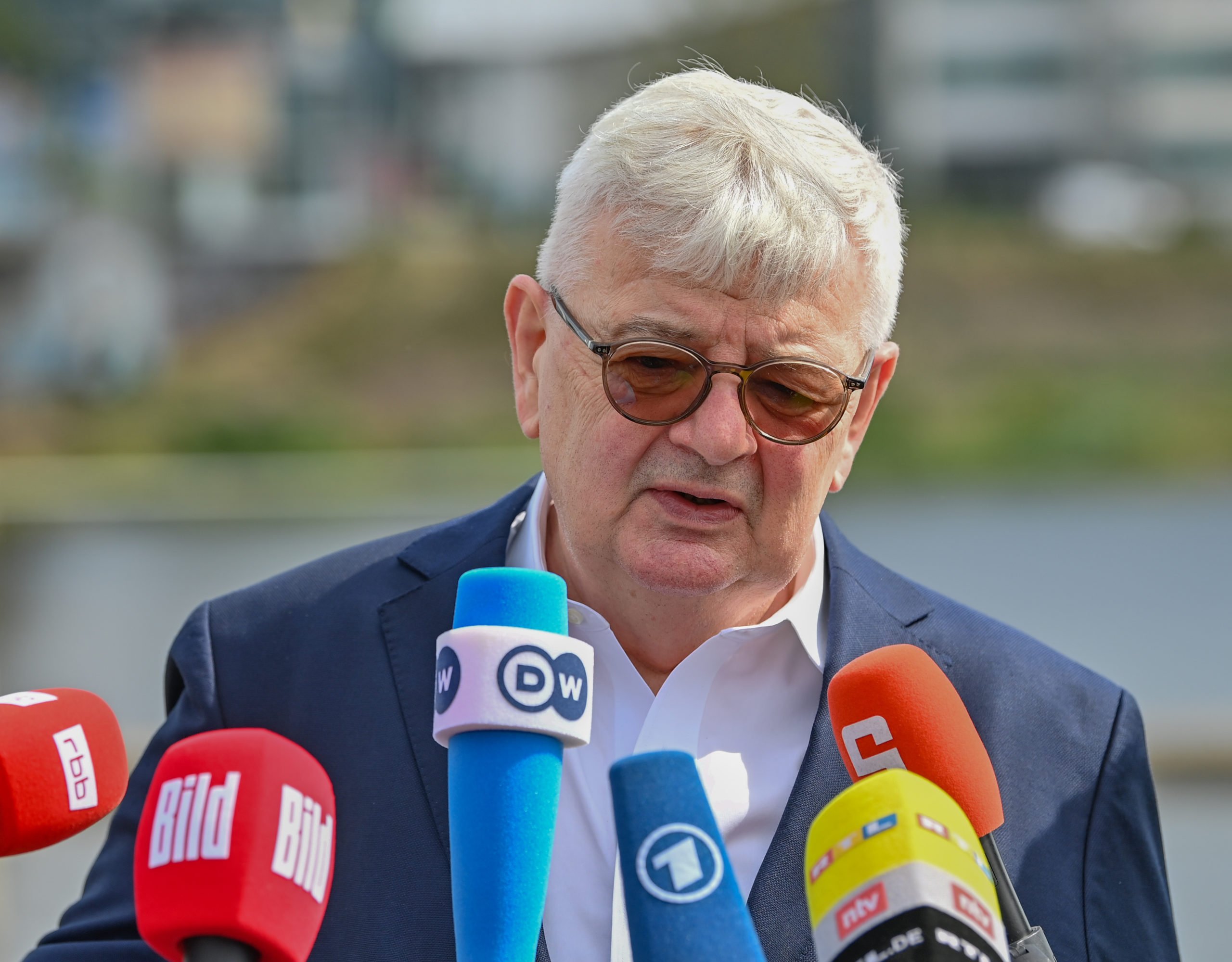 Ironically, the newly-elected SPD Chancellor back then was Gerhard Schröder, a man who has since so clearly forgotten any principles he ever might have held that there’s little point asking why precisely he is now, in 2022, arguing for appeasement. (Probable answer: money.) It is, however, definitely worth asking why Germany, between 1998 and 2022, wholly forgot some basic lessons it learned in the late 1990s: namely that, as a country which values peace and stability in Europe, we have to have a credible ability to fight those who do not share these values, and that, when it comes to keeping this peace and stability, we must stand unequivocally with our friends and Allies in NATO rather than trying to parlay with dictators.

Why did Germany fail to invest in its military?

In my view, there are two key reasons why Germany has gone round in a big political circle since this watershed. Firstly, the Kosovo intervention – for all its faults, an operation which achieved its key aim of preventing mass slaughter – was followed, in 2001, by Afghanistan. This lasting debacle was afflicted by every kind of strategic miss-step and instigated not by the affable moderate Bill Clinton, but rather by George W. Bush, who went on to further deplete his stock by trying to cajole Germany into Iraq. So, after 20 aimless years in Afghanistan with only the fact that we were savvy enough to steer clear of Iraq to comfort us, it’s perhaps unsurprising that German political discourse very quickly, after its brief Millennial expansion, reverted back to its deceptively simple mantra that “Due to what happened under the Nazis, Germany should never be involved in foreign wars”.

Secondly, in view of this past, Germany harbours an understandable, yet obviously obsolete complex about the use of force which blends with less honourable motives to keep our armed forces under-resourced and societally neglected. There is – and long has been – an unholy alliance in Germany between the political left, which argues that Europe must be saved from Germany (and Germany from itself) by making sure we have nothing but the bare minimum of military muscle, and the political right, which talks a good game on Germany standing up for democracy, but also likes balanced books and knows that cuts to military spending are more popular than, say, letting the Autobahn maintenance backlog get longer.

This collusion is, by the way, nothing new, but rather as old as the Federal Republic itself. The Allies originally intended the new post-war Germany to be a de-industrialised collective of agrarian regions never again able to wage war; America, Britain, and France then changed their mind in the face of the Soviet threat in the late 1940s and since then have, to varying degrees, been exerting pressure on Germany to spend more on defending itself (and the rest of Europe). Yet Germany has never been comfortable with this, and has also preferred to spend its money elsewhere. Many of the seminal moments of Federal Republic’s history – the Spiegel Affair of 1962 resulting in the collapse of the government, the botched response to Arab terrorism in 1972, the controversy around Pershing missile deployment in the early 1980s – were linked to Germany’s disquiet at its military role and public unwillingness to support it. 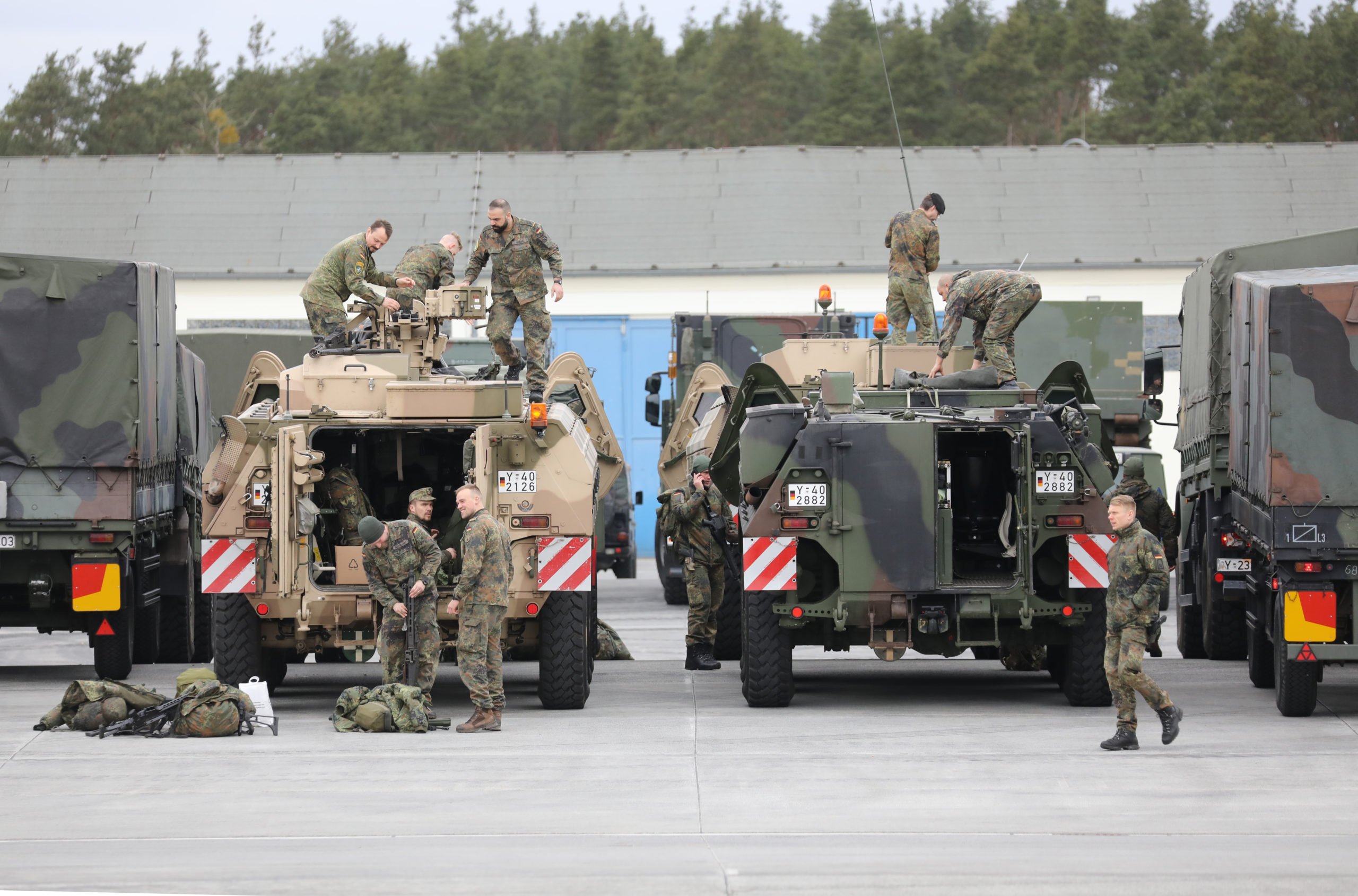 That’s why the path of least resistance (and therefore the normal peace-time state of affairs) is to let the US take on the heavy lifting, putting in ear-plugs whenever it asks us to help out a bit more and doing dodgy energy deals with unsavoury regimes who will keep our heavy industry supplied with the gas and oil it needs, albeit at the price of severe geopolitical destabilisation: Iran in the 1970s, Libya in 1980s, now Russia. It is also why in 16 years under Chancellor Merkel (during all of which we were nominally engaged in Afghanistan), the Bundeswehr remained underfunded and undervalued: her CDU party held the defence ministry, but took no real action to revitalise the force, while her SPD coalition partners blocked the acquisition of modern weapon systems like armed drones and supported every attempt to please Putin.

In view of this, it is a very good thing that Olaf Scholz wants the special budget for rearming the Bundeswehr enshrined in constitutional law. Without this cross-party consensus, however the war in Ukraine ends, the strategic lesson we have just learned the hard way risks being forgotten again as future governments look for quick-win spending cuts on the path back to the popular “Black Zero” (achieving a balanced budget) and German political discourse returns to its default setting of hiding behind our historical responsibility to shirk unpleasant duties in the present.