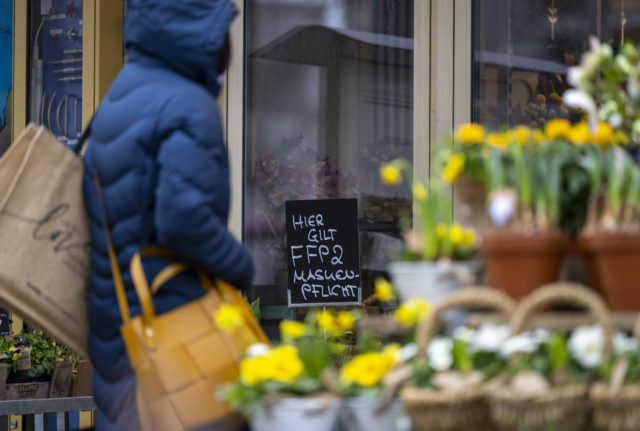 After a Senate meeting on Tuesday, Berlin’s mayor Franziska Giffey (Social Democrats) announced that almost all Covid-related restrictions would be dropped from  April 1st. After this date, only basic protective measures, being set out by the federal government, will remain in place.

The so-called Covid pass entry rules (known as 2G or 3G in Germany) in restaurants and cafes in Berlin will be dropped from next month, meaning people will no longer need to show proof of testing, vaccination or recovery.

And face masks won’t have to be worn in shops or other venues.

However, the mask mandate will remain in some areas: people will have to wear a medical or FFP2 mask on public transport as well as in nursing homes and hospitals.

End to free tests in sight

Coronavirus rapid tests, which are free to people in Germany, will also no longer be available from April, Giffey expects.

The mayor told broadcaster rbb24 that the many testing centres using federal funding would likely not be sustainable, and informed Berliners to “no longer expect to see so many test sites in the city”.

When it comes to testing in schools, Giffey explained that it was important to maintain tests until after the Easter holidays in April, though it is yet to be decided exactly how long the tests will be administered to pupils.

Similarly, the Senate has decided to return to almost regular operation in day-care centres from mid-March, although compulsory testing of children three days a week will continue for now.

The legal basis for most restrictions ceases to apply nationwide as of March 20th, although the government is set to decide on a new slimmed-down Infection Protection Act by the end of this week

However, federal states are set to be granted a transitional period until April 2nd.

In Berlin, this transitional period is to be in place until the end of the month. Giffey justified maintaining the protective measures for more than 10 extra days, saying: “Overall we have a situation that still poses quite a high risk of infection.”

After this transitional period, only areas deemed coronavirus hotspots can adopt stricter measures, though the federal government is yet to specify the exact criteria for when a city or a state becomes a hotspot.

After Hamburg, Berlin is currently the federal state with the lowest 7-day incidence, but figures have been rising. According to figures released by the Robert Koch Institute (RKI), the incidence in the capital increased to 1,102 infections per 100,000 people on Wednesday, up from 871.8 on Tuesday and almost double compared to the Wednesday the week before.

Giffey however, said she saw no reason to declare Berlin a hotspot.

Berlin also maintains a high vaccination rate, with 77.5 percent of the population having received their first dose, 73.3 percent fully vaccinated and 58.8 percent having had their booster jab.

While many will have been looking forward to Germany’s version of so-called “freedom day”, others are slightly wary of the sudden lifting of Covid measures.

Patrick Larscheid, a public health officer from Reinickendorf, told rbb’s evening show that the pandemic is being declared “over by decree”, despite still affecting many people.

Meanwhile, other states, including Brandenburg, are likely to maintain many coronavirus measures for a period after March 20th, including the distance requirement and the wearing of FFP2 masks indoors in shops and on public transport.