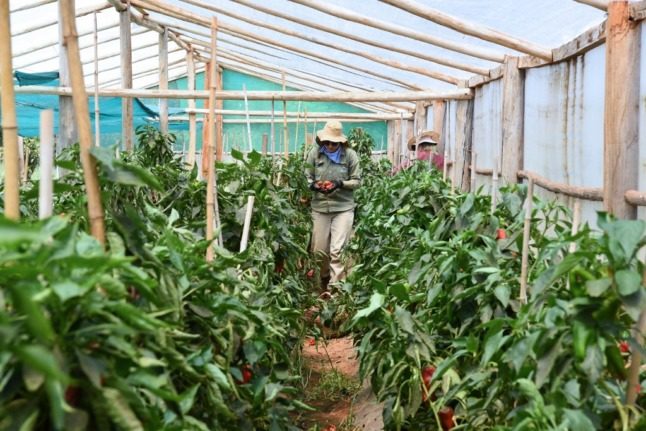 Most speak no Spanish and have refused to get vaccinated against the coronavirus – they come thousands of kilometers in the name of “liberty,” braving unfamiliar heat and humidity to start a new life in Paraguay’s rural south.

Started in 2016, the “Paraiso Verde” (Green Paradise) settlement targets people who, like Austrian founders Erwin and Sylvia Annau, place a premium on “freedom and independence.”

“El Paraiso Verde, our green paradise, will be a place of freedom and integrity,” states the community’s website, accessible in German, English, and Spanish.

“Free speech, freedom of expression and science, as well as access to unmandated holistic healthcare is everyone’s right,” it proclaims.

Paraiso Verde bills itself as a “private colony.”

Not a cult, its founders insist — they say they’re driven by a desire to “get out of the ‘Matrix’.”

About four hours by road from the capital Asuncion, the community has about 250 residents, according to its management team, and hopes to eventually welcome about 20,000.

The current residents are mainly Germans and Austrians but also include a scattering of Americans and Canadians.

Tucked away at the end of a dirt road some 14 kilometers (8.7 miles) long, armed guards met AFP at the entrance to a large terrain of some 16 square kilometers.

Beyond the gate lie a handful of completed houses and stacked apartments, with many more homes still under construction.

Few residents were willing to speak, and AFP’s tour took place under supervision – a resident was on hand to film the filmers.

Distrust in the “mainstream media” is high at Paraiso Verde, especially after previous reports described the residents as conspiracy theorists – a “smear campaign” according to the founders, who declined to be interviewed.

For the few who did speak to AFP, a popular theme was perceived government overreach linked to Covid-19.

“There will be no mandatory vaccination in Paraguay for all people, only for some travellers,” said 72-year-old Heinz Kloetzner.

“So the problem isn’t a problem for us.” 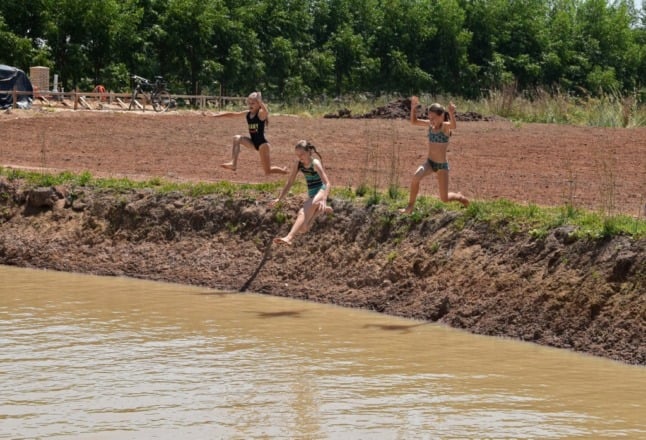 “The new vaccination is not a normal vaccination. I think it is a human experience (experiment),” added his wife Gerhild Wichmann, 70.

The couple arrived in Paraguay in October 2020, long before Covid vaccines became mandatory.

According to the Paraiso Verde’s manager, Paraguay is also attractive to many for its low inflation, taxes, and living costs, as well as protection from what they call global “socialist trends” and the absence of 5G – about which many conspiracy theories have spread purporting health risks.

They also point to dangers in Europe posed by fluoridated water, mandatory vaccines, and allegedly toxic “chemtrails” produced by planes.

Uwe Craemer, a “naturalist doctor” who doles out homeopathic remedies in Paraiso Verde, said he left Germany because there was “no room” for alternative healers such as himself: “only medical school.” 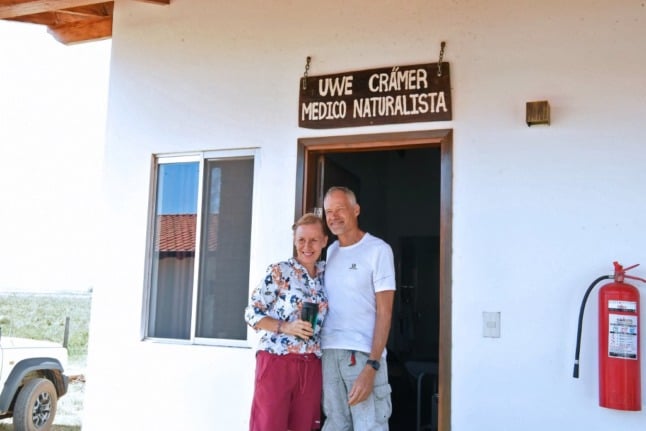 About the coronavirus he added, in English: “they made it for the idea to have a pandemic and then to make rules for lockdown… and for punishment and for masks.”

For many, the key attraction of Paraiso Verde is freedom from “excessive regulations, rules and taxes,” according to the website, which also bemoans “the destruction of our culture” back home and an abundance of “economic refugees who are unwilling to integrate.”

On the day of AFP’s visit, dozens of laborers – seemingly locals – lined up at Paraiso Verde’s gate for a day of construction work.

None wanted to talk to AFP.

Not all new arrivals have been satisfied with what they found, and the Paraguay prosecutor’s office has received several complaints of fraud, according to mayor Amado Diaz Veron of the municipality of Caazapa.

The project claims to be entirely self-funded, with no bank loans.

Paul Saladin told AFP he left after he was warned that digging canals for a permaculture project would damage the local environment.

“Many families left because many things are very different from how they were communicated,” Saladin said.

“No-one has a deed, no-one really owns their land, and yet they pay too much, charging prices four or five times higher than normal,” said Saladin, who moved to Colonia Independencia, another German settlement nearby.