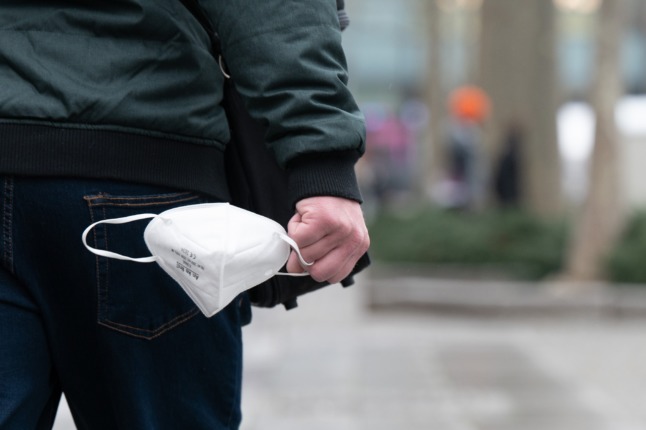 It has been nearly two years since Germany – and countries around the world – announced unprecedented measures, like the closure of businesses and contact restrictions, to try and slow down the spread of coronavirus.

But now an end is in sight. On March 20th – which some German media have previously dubbed ‘freedom day” – Covid rules will largely be dropped.

However, some rules will be around for longer, including masks and Covid tests where there are at-risk people such as care homes and hospitals.

And a so-called ‘hotspot regulation’ will also be written into law, meaning that states will be able to introduce tougher restrictions if the Covid situation worsens.

Politicians in Germany’s government coalition – made up of the Social Democrats (SPD), Free Democrats (FDP) and Greens – have struggled to find a common ground on this issue.

Germany’s Health Minister Karl Lauterbach (SPD), who has always taken a cautious line, warned at the weekend of a summer Covid wave, and said that stricter measures may need to come back in future.

Though the FDP have been pushing to get rid of nearly all restrictions, Justice Minister Marco Buschmann (FDP) said on Wednesday that a compromise had been reached.

“I think we have found a very good compromise,” Buschmann told German broadcaster ZDF. He said the agreement will mean that there will be “practically no more restrictions in the everyday life of citizens”.

But there will be exceptions – including masks and tests – where there are many vulnerable people, like in hospitals.

The second part of the new Covid legal framework will be a special ‘hotspot regulation’. It will mean additional measures – such as having to show vaccination or recovery proof to visit restaurants and bars – could be enacted in areas with outbreaks, for instance if the health system becomes overloaded or dangerous new virus variants are found.

The states would be able to decide this through their parliaments, Lauterbach said.

Lauterbach said the compromise provides for a set of instruments “with which the states can react immediately to new outbreaks or to high numbers of cases”.

This, he said, could be used to deal with any future Covid waves.

“I think this is the ideal compromise,” said Buschmann. “On the one hand – to get as much normality as possible for the citizens and, on the other hand, to be able to act if there is actually a definite dangerous situation.”

The government draft will now be discussed in the cabinet and with the 16 German states.