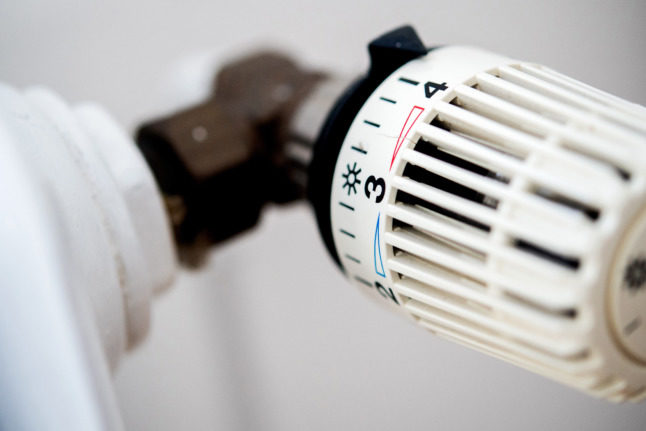 The thermostat of a radiator in a flat. picture alliance/dpa | Hauke-Christian Dittrich

Energy prices in Germany have been rising at an alarming rate and, on Sunday, petrol and diesel prices reached a record high.

The unprecedented situation, which has left some experts unable to predict what will happen next, has led many German politicians to call for price and tax cuts for consumers.

Other European countries have already offered financial relief to consumers – Belgium, for example, has reduced VAT on electricity prices from 21 to 6 percent and given all households a one-time electricity bill discount of €100.

On Tuesday, the Handelsblatt Newspaper reported that energy policy spokesperson of the SPD party parliamentary group, Nina Scheer, said that she is open to reducing value-added tax (VAT) on petrol from 19 to 7 per cent.

Speaking to the same newspaper, CSU consumer politician Volker Ullrich demanded a reduction of VAT on electricity, gas and petrol to 7 per cent.

Also adding his voice to the call for a VAT cut was Bavaria’s state premier Markus Söder. In an interview with ZDF television on Monday, he said: “We need to talk about a price brake for petrol at the pumps as quickly as possible.

“VAT should be reduced as much as possible and maybe even be reduced to zero with agreement from the EU, so that around 20 percent could be saved. We need to consider all the options.”

The coalition government introduced a relief package back in February to ease the pressure for those struggling to keep up with rising energy prices, but some experts are now calling these measures insufficient.

Energy prices, which have been high for a long time, are hitting the poorest people in Germany hardest, because they are more likely to live in badly insulated houses with outdated gas boilers and without heat pumps.

According to Lower Saxony’s Energy Minister Olaf Lies (SPD) that’s why “we should think about an energy price protection umbrella for consumers and the economy in the short term.

“The protective umbrella should above all help those who suffer most from the current price spiral because they already have little income,” he added.

Bavaria’s economics minister Hubert Aiwanger (Free Voters) is also calling for a state energy price cap to ease the burden on consumers and businesses. Aiwanger’s proposal is for the state to take over the costs as soon as energy prices exceed a certain amount.

“We have to put a state price cap in place,” said Aiwanger. “For example, the price of petrol must be kept stable below two euros by reducing the mineral oil tax.”

The minister added that the rocketing diesel and gas prices meant that some businesses were struggling to keep up.

“We supported businesses for two years during the Covid crisis, and must not allow businesses to go under now because of the rise in energy prices.”

This was “an unusual tool”, said Aiwanger, “but in these crazy times it would be necessary”.