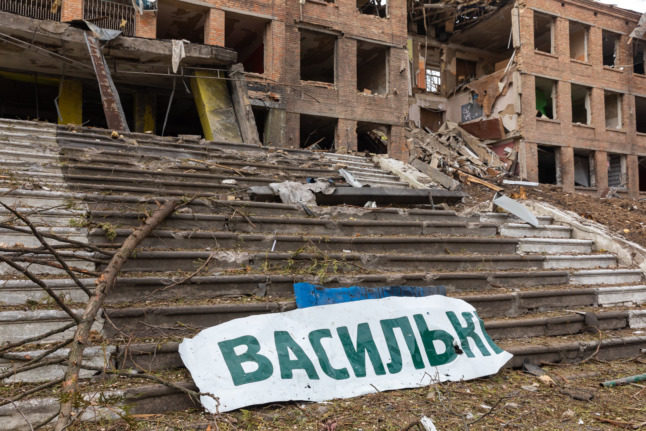 “We will collect and secure all evidence of war crimes,” Justice Minister Marco Buschmann told the Passauer Neue Presse newspaper.

A source in the office confirmed to AFP that a probe had been opened.

Russia’s attack on Ukraine is “a serious violation of international law that cannot be justified by anything,” Buschmann added.

“Possible violations of international criminal law must be consistently prosecuted.”

A structural investigation does not target particular suspects, but aims to gather evidence of the suspected crimes and identify the structures behind them, such as the chain of command.

The evidence can then be used in future criminal proceedings against individual suspects.

Der Spiegel weekly reported that German prosecutors were spurred into action by reports of the use of cluster bombs by Russia, as well as images of residential areas being targeted, and attacks on a gas pipeline, a nuclear waste dump and a power plant.

Russia has come under intense criticism for its assault on Ukrainian cities, in operations that Kyiv and Western governments say have included
attacks on schools, hospitals and residential blocks.

US Secretary of State Antony Blinken said on Sunday that Washington has seen “very credible reports” that Russia has committed war crimes during its invasion of Ukraine.

The chief prosecutor of the International Criminal Court in The Hague already announced last week that he was going ahead with an investigation into alleged war crimes and crimes against humanity committed in Ukraine since Moscow’s invasion.

Germany has in the past repeatedly prosecuted atrocities committed abroad, including the war in Syria.

It does so using the legal principle of universal jurisdiction — which allows countries to try people for crimes of exceptional gravity, including war crimes and genocide, even if they were committed in a different country.

A German court in January sentenced a former Syrian colonel to life in jail for overseeing the murder of 27 people and the torture of 4,000 others at a Damascus detention centre a decade ago.