According to a recent poll, more than two-thirds of Germans are worried about the war in Ukraine spreading further into Europe – and even onto German soil.

This is still incredibly unlikely, since experts generally believe that Russia would steer clear of invading any Nato members to the West of Ukraine.

That means that, while it’s right to be horrified at Putin’s aggression, people in Germany shouldn’t feel like their safety is immediately threatened.

That’s the view of the German government as well. In a recent speech on the outbreak of war in Ukraine, Chancellor Olaf Scholz said he would do everything within his power to stop the conflict spilling over into other parts of Europe.

“Against the background of the armed conflict in Ukraine, Germany is unlikely to be exposed to an air attack,” the Office for Civil Protection and Disaster Assistance explains on its website.

What about threats of nuclear war?

As the war in Ukraine has escalated – and even as it started – the Russian government made a number of references to the potential of a nuclear attack.

However, these too have been dismissed by Nato allies as sabre-rattling. Responding to the percieved threats on Tuesday as Putin warned he had put his nuclear weapons on “high alert”, White House press secretary Jen Psaki said the United States was not ramping up its own alert systems.

“We are assessing Putin’s directive and at this time we see no reason to change our own alert level,” Psaki said.

“Neither the United States nor Nato has any desire for conflict with Russia, and we think provocative rhetoric like this regarding nuclear weapons is dangerous, adds to the risk of miscalculation, should be avoided, and we’ll not indulge in it.” 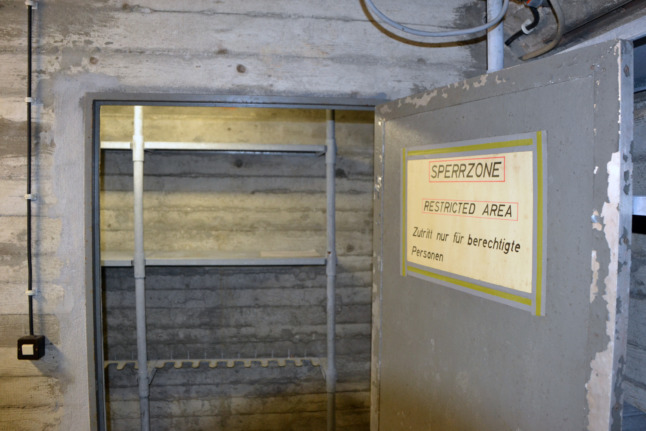 “We always assume the rationality of the parties involved and even now, we have no reason not to do so,” he said. “Everyone is interested in keeping the issue of nuclear use down.”

In his threats of nuclear war, Putin is just trying to be taken seriously and encourage western countries to stay out of it, Thiele added.

Of course, the unlikelihood of these eventualities doesn’t stop people wondering how prepared Germany really is for any catastrophes or military attacks that might occur.

So, how prepared is Germany for this type of catastrophe?

Regarding things like early-warning systems and emergency energy supplies, Germany is not very well-prepared at all, experts say.

“We have a lot of catching up to do when it comes to disaster management as a whole,” Gerd Landsberg of the German Association of Towns and Municipalities told Welt this week.

Central elements of disaster protection are missing in this country, Landsberg said.

“There is no nationwide situation picture and no alarm system to inform the population,” he explained. “There are no depots where non-perishable food and emergency power generators are kept ready to supply the population on a large scale. And no comprehensive disaster preparedness drills have been held for many years.”

What’s going on with the alarm systems?

These became a major issue when unprecedented flooding occurred in western Germany in July last year.

Even though the German Weather Service (DWD) had put the area on its highest warning level, meaning “severe threat to human life”, many people in the worst-hit regions were blindsided by the catastrophe.

The natural disaster sparked in a debate in Germany about the country’s preparedness for such crises. It emerged that drills had been run the previous year and had found that the country’s alarm systems weren’t fit for purpose – but nothing had been done.

Due to data protection rules, Germany was also (unlike many other countries worldwide) unable to use mobile networks to warn of the oncoming floods, meaning only people who had downloaded special “warning” apps were alerted to what was about to happen, not every phone user.

Since then, the government has agreed to implement the so-called SMS alert system and ensure that all network providers issue a text warning in the event of a catastrophe, even if a phone is on silent mode. However, the latest media reports suggest that this isn’t due to be implemented until September 2022.

Meanwhile, experts say that other forms of alert are needed for people who don’t have their phones with them. Many believe that the SMS alerts should be accompanied by a national, fit-for-purpose siren system that can be centrally controlled.

Does Germany have any public bunkers?

No. At the height of the Cold War, Germany had around 2,000 public bunkers in service – but these were all given up in 2007 as the threat of wars receded into the (seemingly) distant past.

According to the Federal Office of Civil Protection and Disaster Assistance, another reason for the lack of bunkers for the general population is that the government assumes people would not have sufficient warning in the event of a contemporary attack.

“As a result, there are no more public shelters available in Germany,” a spokesperson for the Federal Agency for Abandoned Property told DPA. Apparently, there are around 9,000 private shelters in the country – but they are not accessible to everyone. 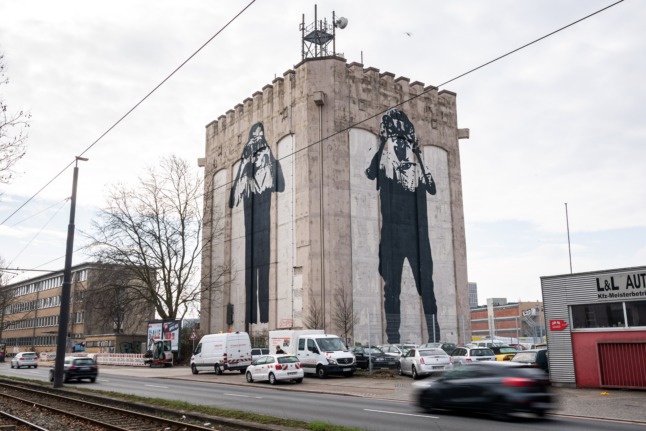 Could these be reactivated and used again if the public needed them?

The answer, according to Heike Hollunder, Museum Director of the Government Bunker in Bad Neuenahr-Ahrweiler, is no. “They have had their day, they are technically totally outdated,” she told SWR. In contrast, weapons systems have developed at an alarming pace since those types of bunker were built.

There are, of course, underground train stations, car parks and cellars, which could offer some protection. These are, however, not specifically designed to withstand modern air-raids – once again, because this scenario is still believed to be highly unlikely.

Could new bunkers be built?

At this stage with no immediate threat to the population, it doesn’t seem likely – though some politicians have started calling for it.

For example, Roger Lewentz (SPD), the Interior Minister of Rhineland-Palatinate, is urging the federal government to build fit-for-purpose shelters for civilians. However, with 84 million people to cater for, this would be a huge challenge – and once again, could be seen as  excessive given the fact that Germany is not currently under threat.

The Local has contacted the Ministry of Interior and Office for Civil Protection and Disaster Assistance to ask about any future plans to ramp up catastrophe preparation but has not yet received a response. 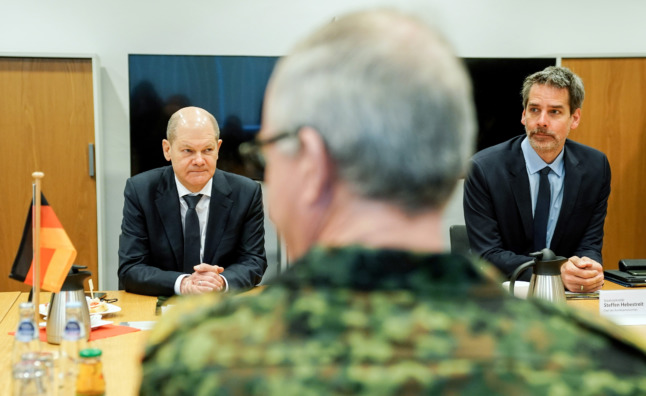 READ ALSO: EXPLAINED: How the Ukraine crisis could impact Germany

Is the public prepared for a catastrophe?

According to the Office for Civil Protection and Disaster Assistance, only around a third of people in Germany have the supplies they may need in the event of a crisis.

“Most citizens have neglected their own provisions,” Gerd Landsberg, of the German Association of Towns and Municipalities, explained. “Hardly anyone has reserves of water and food for a longer period of time. Many don’t even have a radio that runs on batteries.”

Official advice is to have a battery radio and torches at the ready and enough food and water to last two weeks. In reality, that means two litres of water per person per day, and plenty of long-lasting food such as canned and dried food in every household. 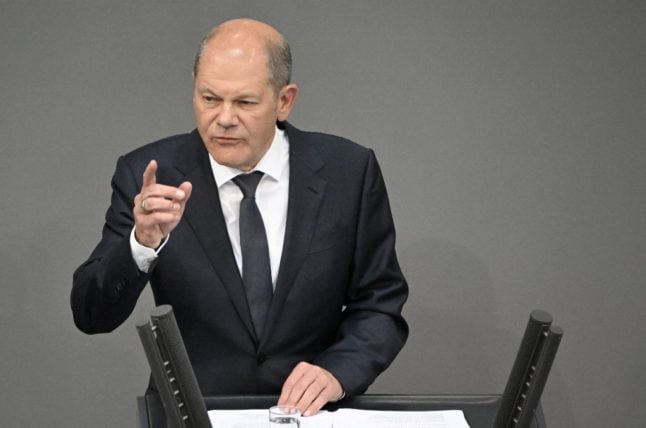 Deputies of the Bundestag lower house approved the measure 567 votes to 96 with 20 abstentions after the centre-left-led government and the conservative opposition reached a deal on Sunday.

The watershed move answers years of criticism from close allies that Berlin was failing to achieve NATO’s target of spending two percent of GDP on defence.

The Bundesrat upper house must still approve the measure.

“This is the moment in which Germany says we are there when Europe needs us,” Foreign Minister Annalena Baerbock of the Green party told MPs.

Three days after the Russian invasion of Ukraine in February, Chancellor Olaf Scholz pledged a special budget of 100 billion euros to rearm the German military and modernise its outdated equipment over the next few years.

But critics have since accused Scholz of timidity in his support for Kyiv and failing to take enough concrete action in terms of arms deliveries.

The agreement will allow Berlin to achieve NATO’s target of spending 2.0 percent of GDP on defence “on average over several years”.

Russia blasted the move on Friday, accusing Germany of “remilitarising” and using language that summoned up its Nazi past.

“We take that as another confirmation that Berlin is on the path to a new re-militarisation,” said Russian foreign ministry spokeswoman Maria Zakharova.

“We know only too well how that can end.”

It appeared to be a reference to Nazi Germany’s re-armament programme in the 1930s under Adolf Hitler that plunged the world into war.

The bulk of the German investment — € 40.9 billion — will go toward the air force with the acquisition of 35 US-made F-35 fighter jets, 15
Eurofighter jets and 60 Chinook transport helicopters.

Nearly € 20 billion will be earmarked for the navy, mainly for new corvettes, frigates and a 212-model submarine. More than € 16 billion will beef up the army’s holdings with Marder transport tanks and Fuchs armoured troop carriers.

Scholz said this week that the agreement would “considerably strengthen” the security of Germany and its NATO allies.

“Germany will soon have the largest conventional army in Europe within NATO,” he told local media.

The exceptional fund will be financed by additional debt.

Fewer than 30 percent of German naval ships were “fully operational” according to a report published December on the state of the military.

Many of the country’s fighter aircraft are unfit to fly.