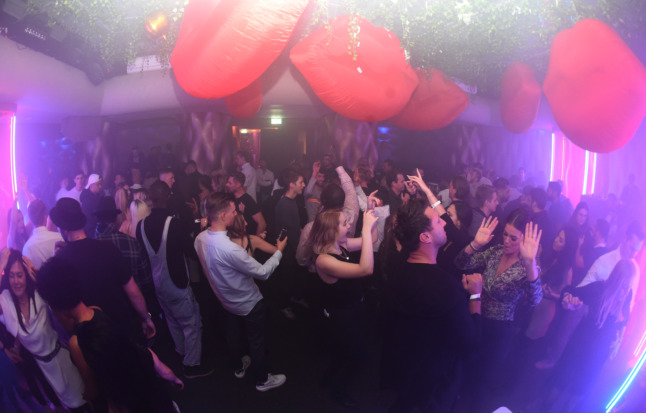 Germany announced in mid-February that it would gradually ease most of its Covid restrictions in three stages.

In the first stage of the reopening plan announced on February 16th, contact restrictions were dropped for vaccinated and recovered people. However, unvaccinated people are still only allowed to meet with their own household and two people from another household. This restriction remains in place until March 20th. Children aged 14 and under are not included in the rules.

Restrictions were also eased in the retail sector across Germany, meaning that people could enter shops – like clothes stores – without having to show proof of being fully vaccinated or recovered (the 2G rule). Mandatory masks remain in place.

As the Covid situation is continuing to ease, restrictions are being relaxed further from March 4th. The last stage – from March 20th – will see almost all Covid rules dropped.

Access to restaurants, bars, cafes and hotels will open again to unvaccinated people from March 4th.

Up until this point, the 2G-plus rule has been in place, meaning only vaccinated/recovered people with a negative test or a booster jab have been allowed to dine indoors.

Nightclubs and other dance venues like discos have been closed in Germany since late December (and even longer in some regions) in response to the Omicron variant of Covid-19. But on Friday, March 4th they can reopen their doors to the public again. And yes, the Tanzverbot (dancing ban) will be lifted.

There are still strict rules, though. Only people who are vaccinated or recovered with a booster jab or a negative Covid test (so-called 2G-plus rule) will be able to enter clubs and dance venues.

The so-called Covid Bürgertest or antigen Schnelltest is still available for free in test centres and pharmacies across Germany. You need to bring ID to access it and results are emailed to you or provided via the Corona-Warn app in about 20 minutes. 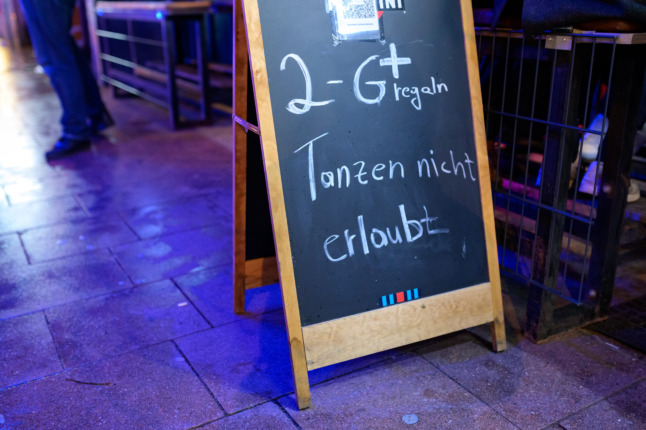 A sign in Hamburg says that dancing is not allowed. Photo: picture alliance/dpa | Jonas Walzberg

What else changes on March 4th within Germany?

In public life, the 3G rule applies for the most part – for example, at the hairdresser’s, in the fitness studio or in restaurants/cafes/bars.

However, the 2G rule will apply in some cases, including at football stadiums and concerts.

What counts as proof of being vaccinated or recovered?

When accessing public venues in Germany, you have to know if your immunity status is valid.

People who have recovered from Covid-19 – and were vaccinated against coronavirus before the infection – lose their immune status six months (or 180 days) after the positive test result. After an outcry about the shortening of the recovered status to three months by the RKI, the status was recently increased again to six months.

However, not for the unvaccinated. For this group of people, the ‘recovered’ status is only valid for three months (i.e. 90 days). That means they will have to get a Covid jab after three months to receive immunity status again.

When it comes to vaccinations, Germany recommends that people get their booster jab three months after basic immunisation (two jabs).

For entry into Germany – and other EU member states – EU digital Covid vaccination certificates are valid for nine months (270 days) after completion of the first vaccination series (basic immunisation). Boosted people (those who’ve had a third vaccination) are currently considered immune for an unlimited period.

But the ‘nine month validity rule’ does not apply in Germany for restrictions, even though many people use their EU digital vaccination certificate as proof.

There are also changes to travel restrictions. From Thursday, March 3rd, only regions with dominant virus variants that have “higher disease-causing properties” than Omicron will be put on the Robert Koch Institute’s high-risk list, which is subject to stringent travel rules.

That means that, from Thursday, all the regions currently classified as high-risk will be removed from the RKI’s list, because Omicron is dominant in all of them. So for the time being nobody will have to quarantine when they return to Germany – though the requirement to provide a test or proof of vaccination and recovery will remain in place.

If countries are classified as high-risk later on, children aged 6-12 will be able to test immediately after returning from these areas to allow them to avoid having to quarantine.

Previously, all unvaccinated people over the age of six had to quarantine for up to 10 days, with the option to test for an early release on the fifth day of quarantine.

Children under the age of six will be exempted from the testing requirement and will be automatically allowed to leave quarantine after five days.

READ ALSO: EXPLAINED: What you need to know about Germany’s latest travel rules

Keep in mind that restrictions can vary from state to state in Germany so check the local rules too. Private businesses may also have slightly different restrictions for entry.

Germany is on track to drop all far-reaching Covid rules from March 20th. Basic measures like masks will remain in place. We’ll give you more details on any other measures lasting after March 20th when more information becomes available.