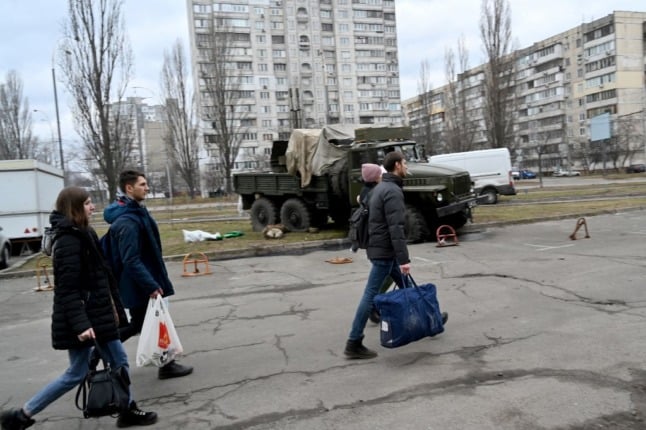 In the latest round of sanctions against Russia, Germany and other Western allies agreed to cut Russia out of the Swift payments system.

The group of world powers said in a statement it was “resolved to continue imposing costs on Russia that will further isolate Russia from the international financial system and our economies.”

Exclusion from Swift, a very discreet but important cog in the machinery of international finance, is one of the most disruptive sanctions the West has deployed against Russia for its invasion of Ukraine.

The move had been threatened in recent weeks by the European Union and other Western allies as a means of escalating punishment of Russia for its aggressions against its ex-Soviet neighbour.

As the Russian military stepped up its assault on Ukrainian cities on Saturday, Western powers sought to debilitate the country’s banking sector and currency by cutting selected banks from the international system used to transfer money, severely hamstringing Russia’s ability to trade with most of the world.

Italy and France backed the measure, with Germany shortly after also pledging its support, albeit in a slightly more cautious manner due to fears of the collateral damage such a move would create.

German leaders said they were working on excluding Russia from the Swift interbank system in a “targeted and functional” way.

The United States, Canada, the European Commission and Britain have also given their support.

EXPLAINED: How the Ukraine crisis could impact Germany

Wealthy Russians connected to President Vladimir Putin’s government will also no longer be allowed to use the so-called golden passport system to obtain European citizenship for themselves and their family members. 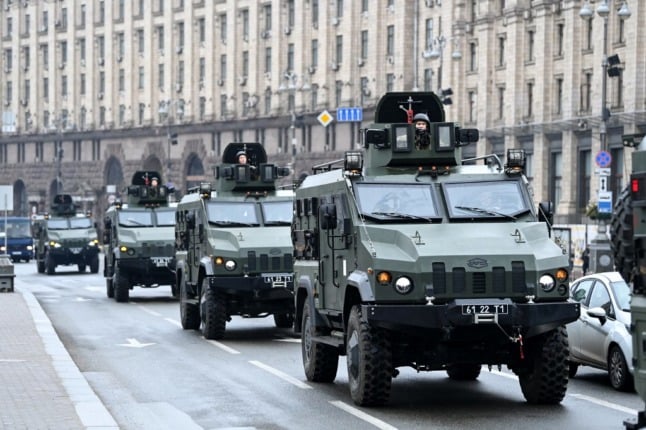 Founded in 1973, the Society for Worldwide Interbank Financial Telecommunication, or SWIFT, actually doesn’t handle any transfers of funds itself.

But its messaging system, developed in the 1970s to replace relying upon Telex machines, provides banks the means to communicate rapidly, securely and inexpensively.

The non-listed Belgium-based firm is actually a cooperative of banks and proclaims to remain neutral.

What does Swift do?

More than 11,000 financial institutions in over 200 countries use Swift, making it the backbone of the international financial transfer system.

But its preeminent role in finance has also meant that the firm has had to cooperate with authorities to prevent the financing of terrorism. 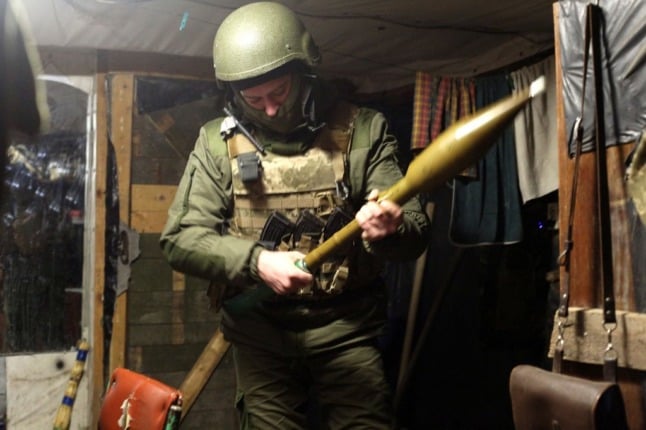 A Ukrainian serviceman holds a rocket-propelled grenade launcher on his position on the front line near Novognativka village, Donetsk region on February 20th, 2022. Anatolii STEPANOV / AFP

Who represents Swift in Russia?

According to the national association Rosswift, Russia is the second-largest country following the United States in terms of the number of users, with some 300 Russian financial institutions belonging to the system.

More than half of Russia’s financial institutions are members of Swift, it added.

Russia does have its own domestic financial infrastructure, including the SPFS system for bank transfers and the Mir system for card payments, similar to the Visa and Mastercard systems.

Are there precedents for excluding countries?

In November 2019, Swift “suspended” access to its network by certain Iranian banks.

The move followed the imposition of sanctions on Iran by the United States and threats by then-Treasury Secretary Steven Mnuchin that Swift would be targeted by US sanctions if it didn’t comply.

Iran had already been disconnected from the Swift network from 2012 to 2016.

Is it a credible threat?

In practical terms, being removed from Swift means Russian banks can’t use it to make or receive payments with foreign financial institutions for trade transactions.

OPINION: This is Russia’s war, but we Europeans need to learn fast from our mistakes

“Operationally it would be a real headache,” said Wolff, especially for European countries that have considerable trade with Russia, which is their single biggest supplier of natural gas.

Western nations threatened to exclude Russia from Swift in 2014 following its annexation of Crimea.

But excluding such a major country – Russia is also a major oil exporter – could spur Moscow to accelerate the development of an alternative transfer system, with China for example.

What does Germany say about the move?

Banks hit by the new measures are “all those already sanctioned by the international community, as well as other institutions, if necessary”, said the German government’s spokesman in a statement.

“This is intended to cut off these institutions from international financial flows, which will massively restrict their global operations,” he added.

The allies also agreed to impose restrictive measures to prevent the Russian central bank from “using international financial transactions to prop up the ruble”, he said.

Germany has previously showed hesitation from backing the move – earlier this week, German Finance Minister Christian Lindner said he was “open” to including Swift in the EU’s sanctions response package, but expressed concern for the country’s heavy reliance on Russian gas.

Germany’s blocking of Russia from Swift “would mean that there is a high risk that Germany will no longer receive gas, raw material supplies from Russia,” he added.

But the authorities since reviewed their stance, agreeing to back the move in a bid to ramp up sanctions against Russia.

EU foreign ministers are due to meet on Sunday evening to discuss further sanctions.