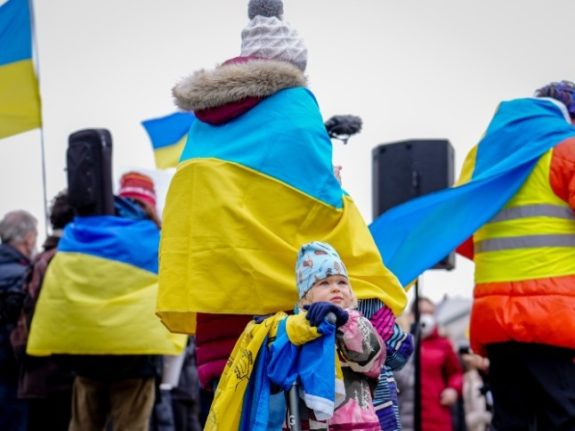 People demonstrate in front of the Brandenburg Gate against the Russian attack on Ukraine on Thursday. Photo: dpa | Kay Nietfeld

In Berlin, the Brandenburg gate was lit up in the colours of the Ukrainian flag overnight as a sign of Germany’s support for the nation and its citizens.

Thursday morning saw groups of protestors gather on Pariser Platz, in front of the gate, wrapped in blue-and-yellow flags. The majority of them were Ukrainian, according to news reports, and many were in tears.

Anton Kushch, 35, a Ukrainian software engineer, said he woke up to “a push notification on my phone about war” and had been sent “messages on my phone with all these burning tanks on the roads”. 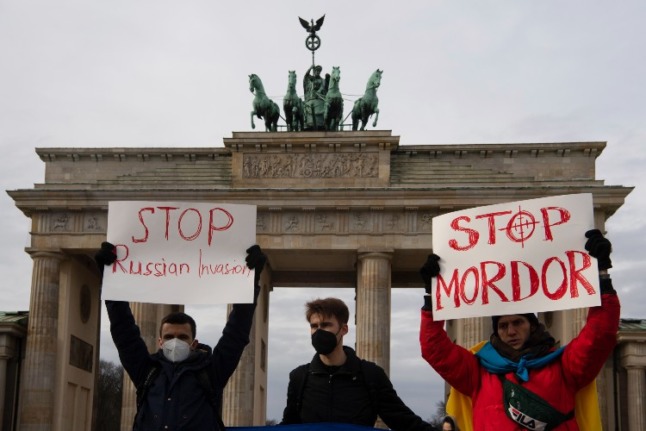 “It’s hard to believe, it’s surreal,” he said. “This is just catastrophic for the whole world… But we have what we have, a tyrant sitting there in the Kremlin.”

Student Sofia Avdeeva, 22, from the disputed Donetsk region, described Putin as a “war criminal” and said she hoped “the same thing he is putting people through happens to him and his family”.

Russians also joined the protests, with some holding placards outside the Russian embassy. 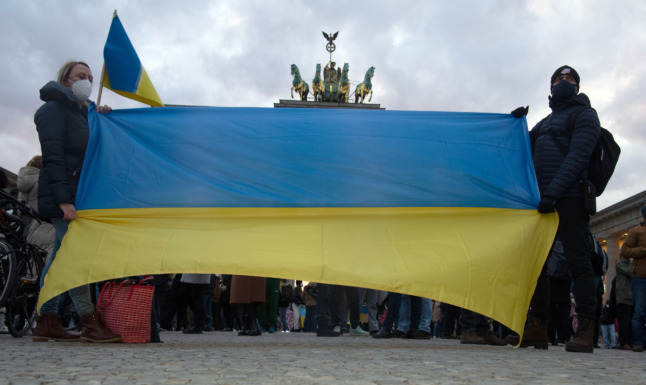 Protesters hold up a Ukrainian flag in front of the Brandenburg Gate in Berlin on Thursday. Photo: picture alliance/dpa | Paul Zinken

“We want to show that we are against the war,” said Ekaterina Studnitzky, 40, a teacher from Moscow, holding a cardboard Ukraine flag.

“Ukraine was always a very friendly and close country to us. We have a lot of relatives there, a lot of friends. Nobody wants this war,” she said.

“This is just terrible. Ukrainian and Russian people are brothers and sisters,” said Olga Krupacina, 32, a student from Kaliningrad.

Protests were also staged in Munich, where demonstrators gathered in front of the Russian consulate in the Maria-Theresia-Straße. A further protest was held in front of the state parliament.

According to the Süddeutsche Zeitung, more protests have been registered for the coming days. 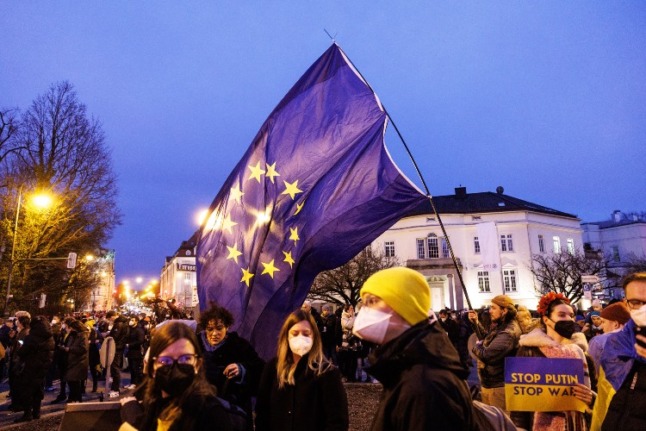 Protesters at an anti-war demo in front of the Russian consulate in Munich on Thursday evening. Photo: dpa | Matthias Balk 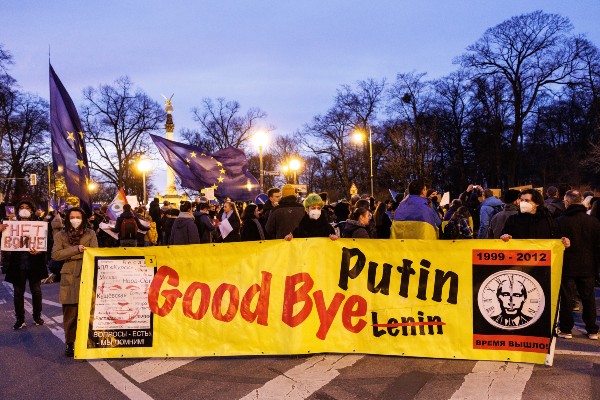 A sign referencing the film ‘Goodbye Lenin’ is held up at a protest in front of the Russian consulate in Munich on Thursday. Photo: dpa | Matthias Balk

Some 1,500 people attended a demonstration in central Frankfurt. According to the Frankfirter Allgemeine Zeitung, the crowd repeatedly shouted “freedom for Ukraine” and held signs reading ‘Stop Putin’ and ‘how much life is gas worth?’ 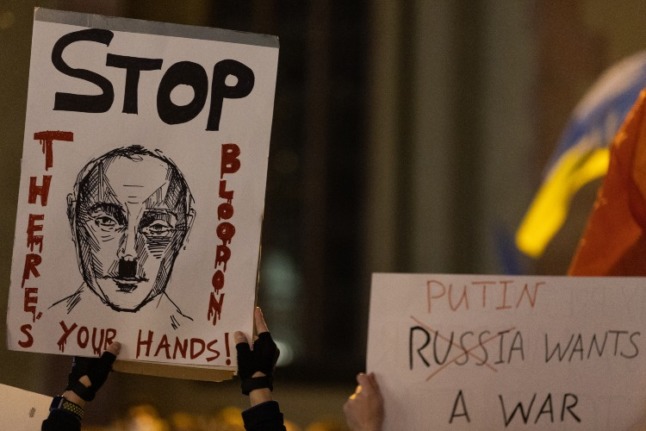 In the northern city-state of Hamburg, around 200 protesters gathered in front of the Russian Consulate General for a solidarity rally organised by the youth wings of the CDU, FDP, SPD and Greens.

“We strongly condemn this action, which is contrary to international law, and stand in solidarity with Ukraine,” the youth organisations said.

“We call on Russia to respect the integrity of European borders and to return to the negotiating table.” 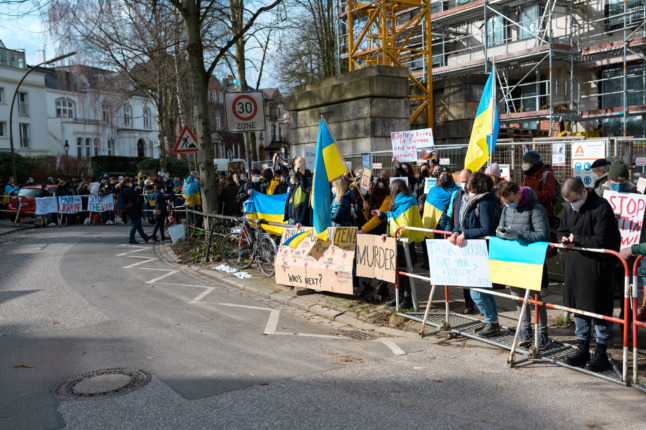 Youth activists hold a demo outside the Russian Consular General in Hamburg. Photo: picture alliance/dpa | Jonas Walzberg
READ ALSO: ‘I fear my family will be killed’: Ukrainians across Europe react to Russia’s invasion