How Germany plans to help households cope with rising costs

Germany's traffic-light coalition is meeting today to discuss how to ease the burden of higher energy costs on consumers - with lower-income earners likely to benefit the most. Here's an overview of what they're discussing.

German households have been hit hard by the impact of rising prices for energy and everyday goods in recent months. As the engines of the economy revved up after the initial impact of the Covid crisis, supply bottlenecks and rising demand led to unprecedented hikes in energy costs. According to the federal government, electricity prices have now reached a record high of 32.63 cents per kilowatt hour.

With the price of energy affecting everything from transport costs to the cost of heating facilities like warehouses and offices, these rising prices are now being passed on to consumers, who are seeing their bills and weekly shopping costs rise significantly.

To compound the issue, fears of a Russian invasion of Ukraine are rising - and with them the threat of throttled gas supplies into Europe. Announcing plans to put the controversial Nord Stream 2 pipeline on ice in light of the crisis, Economy Minister Robert Habeck (Greens) warned that this winter would be one that many people would not forget.

With a perfect storm brewing, the traffic-light coalition is set to meet on Wednesday to thrash out a support package for struggling households - and particularly those on lower incomes.

Though Germany can't control the global markets, Habeck told reporters, the government can try to ease the burden with social support measures.

Here are some of the things we might expect to see announced on Wednesday.

The heating cost subsidy has already been decided by the coalition and is intended to relieve housing benefit recipients, students who receive the BAföG higher education grant and trainees who, for example, receive the Aufstiegs-BAföG grant.

Housing benefit recipients living alone will receive a one-time payment of €135 euros, while a two-person household will receive €175 in support. For every additional person in the household, an additional €35 will be added to the one-off payment.

Students and trainees, meanwhile, will be given a standard €115 to help with energy costs. The one-off subsidy will be doled out from June to December this year, with the requirement of having received at least one of the social benefits for at least one month between October 2021 and March 2022.

However, consumer rights organisations say the subsidy is still far too low to make a genuine difference to low-income households and have asked for it to be raised to €500. The energy union IC BSE has also slammed the fact that the handout will only benefit around 2.5 percent of the population. In light of the threat of yet another hike in energy costs on the back of the Ukraine crisis, we could see the government revising its plans this afternoon.

Sharing the burden of the CO2 tax

The Federal Ministry of Economics and Climate Protection has drafted a proposal for sharing the cost of the CO2 tax between tenants and landlords. Until now, tenants have borne the entire brunt of the green tax, which is currently set at €25 per tonne of emissions.

This is soon set to change. 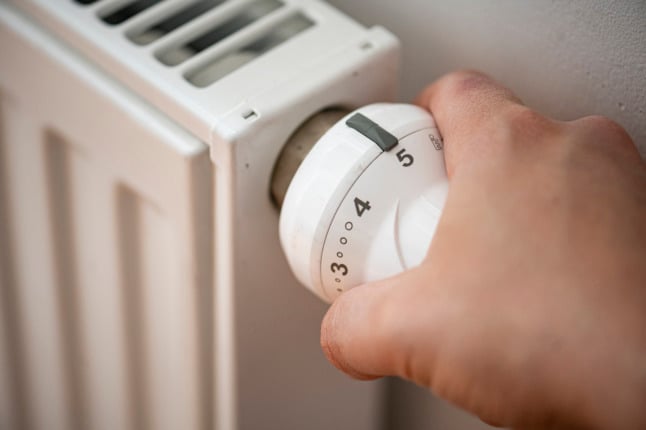 A man turns up the thermostat on the radiator. Photo: picture alliance/dpa | Fabian Sommer

Under the plans put forward by the Economics Ministry, housing will be divided into seven tiers, depending on the level of CO2 emissions they release per square metre per year. In the lowest and thus most climate-friendly tier, with emissions of less than five kilogrammes of CO2, tenants would have to bear the entire costs for heating. Poorly renovated and poorly insulated buildings with more than 45 kilogrammes of CO2 emissions per square metre fall into the highest category.

If the coalition does not agree on the phased model, the increased costs due to the CO2 price will be shared equally between landlord and tenant from June 1st - though the move could face legal opposition from landlords.

The Renewable Energy Act (EEG) levy came into force in 2000 as a means of funding green energy projects such as wind and solar. However, with energy costs becoming increasingly unaffordable for consumers, the traffic-light coalition cut it by around 45 percent at the start of 2022 and aims to abolish it entirely by January 1st, 2023.

Currently, the EEG levy adds 3.723 cents per kilowatt hour to energy bills, meaning the average household could save around €130 a year after it's scrapped. The government plans to replace the funding for renewable energy out of its own coffers.

According to German media reports, there is a consensus for bringing the end of the EEG levy forward to the middle of the year. A firm decision on this could be made at the cabinet meeting on Wednesday.

There may also be announcements on mechanisms to ensure that any tax cuts for energy companies are ultimately passed on to consumers after research suggested that the previous EEG levy cut barely made a dent in energy bills.

The Greens want to provide more relief for low-income families and have suggested offering an additional monthly child benefit payment as part of the support package.

However, it is unclear when such a supplement would be paid, to whom and how much it would be. The president of the social association VdK, Verena Bentele, has voiced her support for the move.

"An immediate supplement to support the children of low-income families is absolutely necessary to relieve the burden on families who have very little money anyway," she told Tagesschau.

Federal Minister of Finance Christian Lindner, FDP, has proposed increasing the commuter allowance to relieve the burden on professionals with long commutes to work.

Currently, the tax office allows employees to write off 30 cents for each kilometre travelled between home and work, regardless of the mode of transport used. 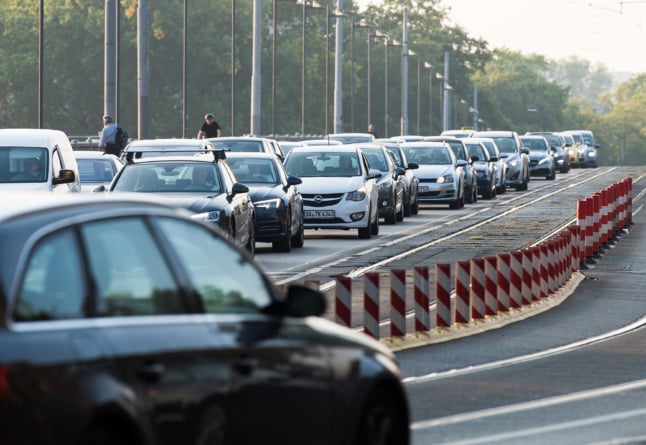 Though the proposal to raise the allowance could offer relief for rural car-owners struggling with rising fuel costs, raising it yet again could be controversial. The Greens, for instance, consider it a non-environmentally friendly tax, while other critics say the benefits would only be felt by higher earners who are able to write off a large number of expenses per year.

In the run-up to the September federal elections, the Greens campaigned for returning the revenues from CO2 tax directly to citizens in order to support them with energy costs.

The coalition agreement of the SPD, the Greens and the FDP states that a "social compensation mechanism" should be developed, which has also been called a climate premium. So far, however, it's not clear when it will come into force and how it will be implemented.

At present, the government still needs to work out whether everyone will recieve the same amount or whether the payouts will be linked to income. A number of environmental and religious charities have come out in support of the former, while the centre-left SPD are in favour of the latter.

However they decide to distribute the money, rising CO2 prices are likely to lead to higher tax revenues for the government, which may mean there is more money than expected to play with.