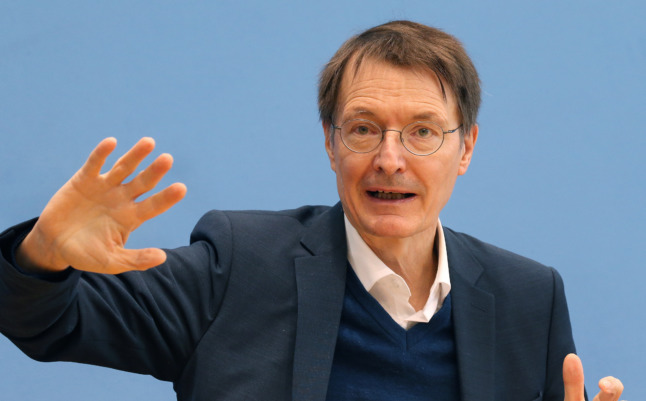 The federal and state governments agreed to phase-out far-reaching Covid measures by March 20th in a three-step plan.

However, German states have in the past tended to go their own way when it comes to the pandemic. On Thursday it emerged that the state of Lower Saxony was to relax Covid testing in schools.

On Friday during an update on the Covid situation in Germany, Lauterbach talked to leaders of the 16 states directly.

“My appeal to all state premiers is to not go beyond the agreed relaxations,” he said, adding that the step-by-step easing is the “maximum we can afford”.

Lauterbach said the peak of the Omicron wave in Germany had passed but a relapse is possible.

He said loosening rules faster to make political gains “would be wrong”.

“We can afford moderate easing, but not excessive,” he said. “We are not really in safe waters yet.”

There is always the possibility of seeing an uptick in infections, he said. “If we open too early, not only will there be an extension of the wave, but the case numbers will go up again. It’s all on the edge.”|

On Wednesday, Chancellor Olaf Scholz and state premiers agreed to gradually lift most restrictions by March 20th. The first step involves dropping contract restrictions for vaccinated/recovered people, and opening up shops to everyone without Covid pass checks.

READ MORE: What you need to know about Germany’s Covid reopening plan

Lauterbach said that Germany has so far managed to get through the Delta and Omicron waves.

“We were able to protect the elderly quite well,” he said, adding that there had been a relatively low number of deaths per million inhabitants compared to other European countries.

“I continue to stand for this conservative approach,” he said, thanking German residents for being cautious.

“My thanks go to all those who have been fair and careful,” he said. “We owe the successes we have to them.”

Lauterbach predicted that Germany would see a new Covid wave in autumn. “We have to prepare for that,” he said.

He reiterated his support for a general vaccine mandate.

Lauterbach said that head of the Robert Koch Institute (RKI), Lothar Wieler, was unable to attend the press conference due to “health reasons”.

RKI vice-president Lars Schaade, who attended in his place, said even though the peak of Omicron had passed, the situation was still tense in hospitals.

“The peak for the intensive care units has not yet been reached,” he said.

Schaade said the risk of infection remains high, and vulnerable groups in particular were still at risk.

“The pandemic is not over yet,” said Schaade.