KEY POINTS: What you need to know about Germany's Covid reopening plan

Chancellor Olaf Scholz has announced that Germany will get rid of almost all Covid restrictions gradually by March 20th, plus there are plans to look at travel rules. Here are the details you need to know.

Most people are looking forward to spring arriving in Germany. Apart from better weather (hopefully), it will also bring something else: a new phase in the pandemic where far-reaching Covid restrictions will fall away.

The federal government and state leaders announced on Wednesday how they plan to gradually relax Germany's tough Covid restrictions.

In the agreement, they said that Germany had got through the Omicron wave thanks to the winter rules, which included barring unvaccinated people from much of public life and the closure of clubs.

"Thanks to the responsible and cautious behaviour of the vast majority of citizens, Germany has coped comparatively well with the Omicron wave so far," said the government and states.

"The infection control measures have prevented elderly and and vulnerable people from falling ill in large numbers. This has saved many lives."

In the first stage of the reopening plan, vaccinated/recovered people will be able to meet in private with no limits on the number of participants. Under the winter restrictions, only 10 people were allowed to meet.

However, for unvaccinated people the contact restrictions remain in place until March 19th. Unvaccinated people are only allowed to meet with their own household and two people from another household. Children aged 14 and under are not included in the rules.

Another step that will happen immediately is that checks to see if people are vaccinated or recovered to get into shops will be dropped. Germany has barred unvaccinated people from non-essential retailers in recent weeks.

When states change their legislation (expected this week), everyone will be able to enter shops again regardless of their Covid status. However, a requirement for medical masks to be worn indoors will be in place, while FFP2 masks are recommended.

As long as hospitals and intensive care units remain able to cope, access to restaurants, bars, cafes and hotels will open again to unvaccinated people from March 4th. 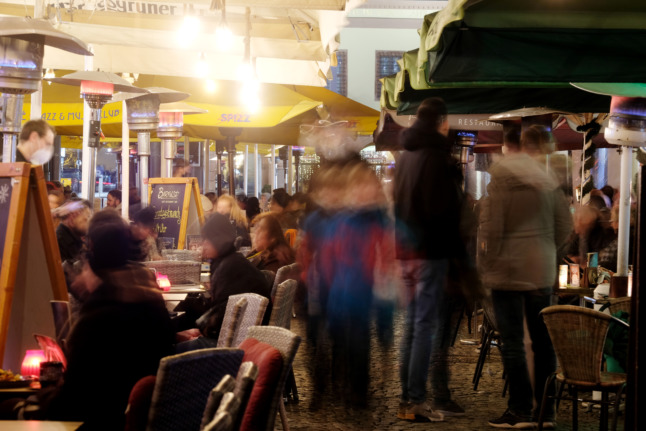 People out at a restaurant/bar in Leipzig. Photo: picture alliance/dpa/dpa-Zentralbild | Sebastian Willnow

Nightclubs and similar venues will be allowed to open their doors to revellers again - but only for vaccinated and recovered people with a negative Covid test or proof of a booster jab (the 2G-plus rule).

From March 20th, all of the "more profound protective measures" are to be dropped, provided the situation in the hospitals allows for this.

Far-reaching Covid measures will fall away, including the obligation for people to work from home.

But the government and states say that employers can still offer to allow people to work from home "if there are no operational reasons to prevent this, and if this is in the in the interest of infection control (e.g. when working in open-plan offices)".

Some German media have dubbed this "freedom day" but a few key measures will remain.

What restrictions will stay in place?

Basic protective measures, described by the government and states as "low threshold" are to remain in Germany after March 19th.

These include, for instance, the obligation to wear masks in indoor public places, as well as on buses, trains or trams, and social distance requirements.

Meanwhile, possible testing in some areas, or the obligation to prove vaccination, recovery or test status could also be in place although the details have not been released yet.

In facilities with particularly vulnerable people, such as hospitals or nursing homes, further protective measures will be possible. 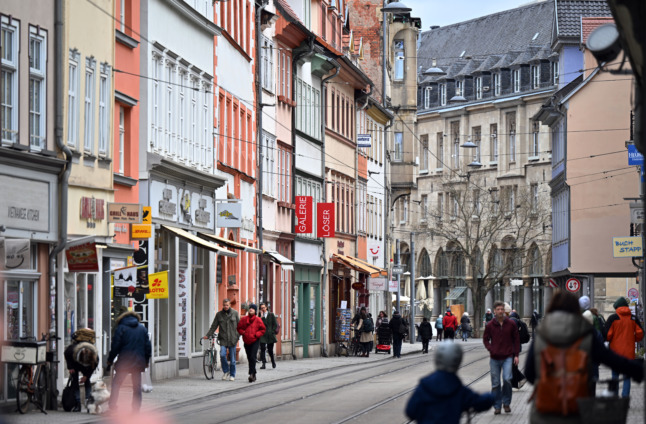 People walk on a shopping street in Erfurt. Some Covid measures like masks will remain in place. Photo: picture alliance/dpa/dpa-Zentralbild | Martin Schutt

A corresponding law is to be passed in the Bundestag before March 20th.

Should the incidence of infection worsen significantly after that date, the federal government will, according to the agreement, initiate appropriate legislative procedures to allow for additional protective measures.

Health Minister Karl Lauterbach (SPD) said on Wednesday morning that he wanted to see the Infection Protection Act amended to enable measures other than masks and social distancing to come into force if needed at a later date.

Meanwhile, the government and states urge people in Germany "to continue to protect their own health and the health of their their families and friends".

"In particular, it is important to consider private gatherings, to test yourself and take appropriate measures to protect the participants," they said.

A Covid testing strategy will also be developed by the government and extended beyond March 31st. There are no more details on what it will include.

The classification of regions or countries by Germany as 'high-risk' is to be reviewed and adjusted. German leaders said that's because the Omicron variant of Covid-19 has changed the situation. It will likely mean many countries will no longer be considered as 'high risk'.

"In order to take into account the increased incidences worldwide due to Omicron, the federal government will adjust the classification of high-risk areas," says the agreement.

They say this make it easier for families to travel because children under 12 are often unvaccinated - and must quarantine on return to Germany.

"This should be taken into be taken into account in the upcoming review of the relevant regulations," says the government and states.

What does the agreement say about vaccinations?

Chancellor Scholz and the state leaders continue to urge people to get vaccinated if they haven't done it already.

In the agreement, they emphasised that a high vaccination rate was a prerequisite for being able to shelve infection protection measures in the long term, and for Germany being able to withstand a seasonal increase in infections.

The government and states reiterated their calls for introducing a general vaccine mandate in Germany. 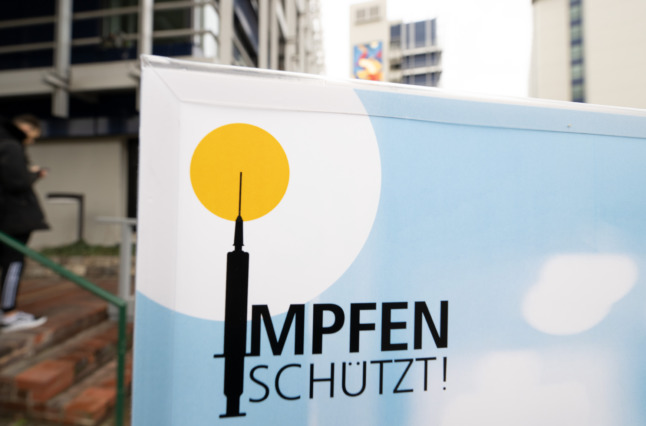 Meanwhile, they said a vaccine obligation for people in the health sector, including for employees who work in facilities for disabled people, will go ahead.

But there was no mention of  the deadline of March 15th 2022 in the agreement.

"In order to ensure comprehensive care in the facilities, the federal and state health ministers are coordinating closely," said the government and states. "The health authorities are to have discretionary powers in implementing the requirements."

Some state leaders said in the meeting that they were sceptical about the vaccine mandate for health and care workers.

Scholz and state leaders stressed that before each opening step, the Covid situation and burden on hospitals had to be monitored.

Keep in mind that states have a lot of power in Germany so they can choose to implement things slightly differently. For instance, if the situation allows, some areas may remove restrictions earlier than the national timetable. As always, check with your local government.

The next meeting between states and the government will take place on March 17th - unless the situation requires that an emergency summit is held.