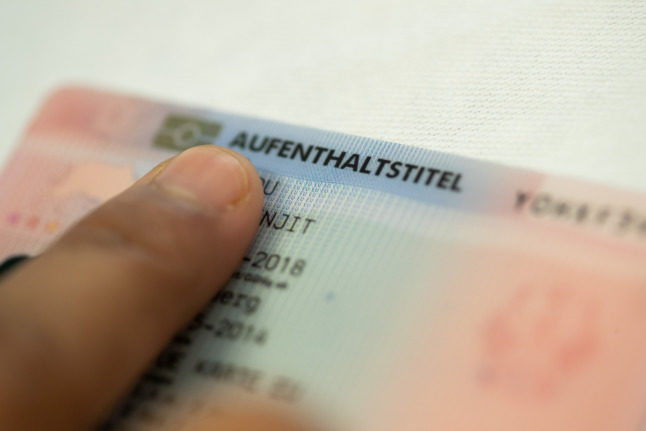 What is permanent residency and who needs it?

Otherwise known as a settlement permit, permanent residence is pretty much what the name suggests: an unrestricted right of residence in Germany. Unlike a specific visa, there’s no expiry date on a settlement permit, and no requirement for you to fulfil conditions such as being employed, studying or being in self-employment. Ultimately, it’s hugely beneficial for people who want to stay in Germany long-term to get permanent residency.

Once you do, you can say goodbye to lengthy queues at the Foreigner’s Office, fears about not meeting the requirements for your visa to be renewed, and general insecurity around your residence rights.

Permanent residency can be a good alternative for people who can’t get German citizenship. In fact, there are a lot of parallels between the two, like the fact that you can claim benefits, live in Germany for an unlimited time, and aren’t restricted to just doing one thing like you would be on a student, freelance or working visa. There are also some important differences, though. These include freedom of movement throughout the EU, the right to vote and the right to return to Germany to live even if you have lived abroad for many years.

Citizens of another EU country don’t need to get permanent residency as they have already got an unrestricted right to live and work in Germany. However, they may choose to get German citizenship in order to gain the right to vote.

How long does it take to get permanent residency and what are the requirements?

In most cases, people can apply for permanent residency after living in Germany on a residence permit for five years. They will generally need to show a good level of German as well as five years of pension contributions and a stable income.

What options are there to get permanent residency faster?

If you’re not keen to wait half a decade for your permanent residency, the good news is that there are some key exceptions that will allow you to secure a settlement permit much more quickly. Here’s a quick overview.

Complete a degree or vocational training

A lot of people aren’t aware that studying at a German university or completing vocational training in Germany may entitle them to fast-tracked permanent residency. If you’ve just done a two-year MA course or trained as a plumber, for example, and then get a job that suits your level of qualification, you can apply for a settlement permit after just two years in this job.

Assuming you start your course straight after arriving in Germany and manage to find skilled work as soon as you graduate, you could snap up your new permit within four years of moving to Germany rather than five. You will, however, need to have attained at least B1-level German.

Be a skilled worker

If you are well-qualified and hold a job as a skilled worker (i.e. in a profession that requires academic or vocational training), then you can apply for residence after just four years. You will, however, need to have paid pension and health insurance contributions for this entire time and have an intermediate (B1) level of German.

Prove that you are a ‘successful’ business owner

Another popular route to fast-tracked residency is to earn above a certain threshold as a self-employed business owner.

The definition of ‘successful’ is not particularly well-defined, but essentially you will have to prove that the income from your business is sufficient to take care of you and your family. You will also have to have paid into a pension pot or show that you have around €200,000 in assets that will enable you to look after yourself in your old age. As always, health insurance is also a must, though language skills are not required.

If you meet all these conditions, you may be entitled to a permanent residency permit after only three years. 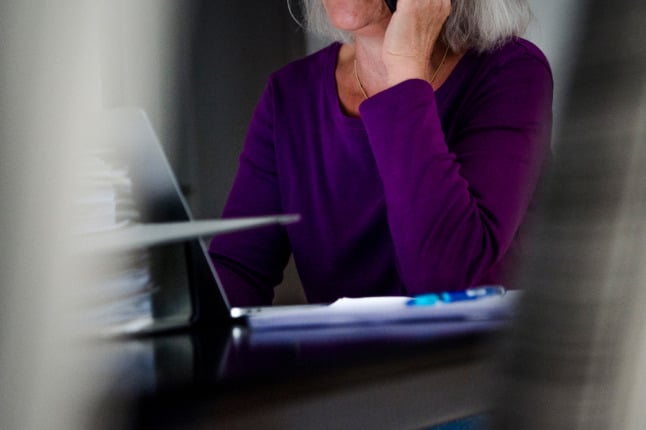 Have a German family member

This one tends not to be a choice – unless, of course, you marry someone – but having a German family member is an easy way to fast-track your permanent residence. As usual, you’ll need have what’s known as ‘sufficient’ level of German (B1) and will need to live as a family unit in Germany for at least three years.

Get an EU Blue Card

If you’re lucky enough to have some highly sought-after skills like engineering or tech, you can come to Europe on a Blue Card and receive a whole host of benefits. In fact, if you’ve got B1 German and are in employment, you can gain a settlement permit in just 21 months.

Not quite there yet? No problem. Blue-card holders with a basic level of German can attain their permanent residence title after just 33 months in the country, provided they’ve been employed and paid pension contributions the entire time.

If you’re a foreigner working on a life-long tenure for a public-service employer in Germany, you can apply for your settlement permit after just three years. The need to show 60 months of pension contributions is also waived.

However, there is a slight issue with this, as many public service jobs are restricted to EU citizens only, making it harder for third-country nationals to enter these professions.

Indeed it does. One of the key promises of the new government’s coalition agreement is to allow foreigners to get hold of a settlement permit after just three years. Though details are a bit thin on the ground, presumably this would be conditional on 36 months of pension and health insurance contributions as well as legal residence in the country. Once again, B1 is likely to be the standard of German required. 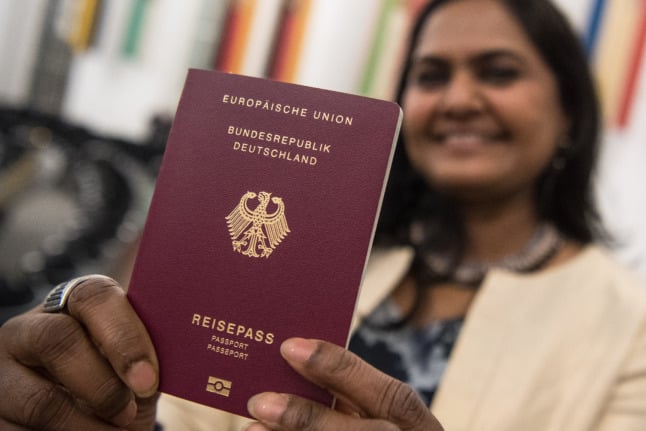 What’s unclear at the moment is when this new regulation will come in, and if there will still be ways to shorten the wait to less than three years in exceptional circumstances such as the ones mentioned above.

Another thing to consider is that the waiting time to apply for citizenship will (probably at the same time) be shorted to just five years – or three if a person can prove they are well integrated.

So if you’ve been here for three years and speak good German, you may be keen to skip permanent residence and opt for citizenship instead. Since the traffic light coalition also plans to make dual nationality possible, most people won’t have anything to lose.

Losing an important document can be a nightmare scenario for foreigners in Germany – especially if it’s the one you rely on to live and work in the country. So if you search for your residence permit one day and suddenly realise it’s missing, you may feel the urge to panic.

Luckily, there’s a process to follow to get a replacement and ensure nobody else can misuse your residence permit in the meantime. This being Germany, it may take a little time, but rest assured you will be able to replace the document.

If you’re a non-EU national in Germany, you’re likely to have one of two documents proving your rights and status in the country:

Some third-country nationals who’ve been in Germany for less than five years on a visa will have their residence permit in their passport, while others will have been issued an eID card. Permanent residents will generally have an eID card.

Brits who lived in Germany before the Brexit cut-off date are likely to have a special type of electronic ID card known as an Aufenthaltstitel-GB. This looks pretty similar to a permanent residence card and basically signifies that the holder is entitled to the same rights as EU citizens living in Germany.

You’ll need to do things slightly differently depending on which type of residence permit you have, so we’ll cover each in turn.

In either case, if you suspect you’ve been a victim of theft, it’s a good idea to file a police report so they can be on the lookout for any potential fraud.

What to do you if you lose your electronic ID card

To do this, you’ll need to have your Sperrkennwort (blocking passport) handy. The way you’ll have received this can differ from state to state, but usually it is sent out in a letter along with the PIN and PUK for your electronic ID card around the time that the eID was issued.

This will block anyone from using your eID function. If you find your card again, you can unblock it by visiting the Ausländerbehörde.

If you haven’t activated the eID function or happen to have mislaid your blocking password as well, then move straight to the second step below.

READ ALSO: What is Germany’s electronic ID card and how do you use it?

2. Get in touch with the Ausländerbehörde (Foreigner’s Office)

Once you’ve put a block on your card, you’ll need to get in touch with the Ausländerbehörde to let them know what’s happened and arrange a replacement card.

You can do this via email or telephone but may also have to book an in-person appointment if they need to see certain documents for issuing the replacement. If you need to block the eID function and don’t have your Sperrkennwort, you’ll need to take your passport to the Ausländerbehörde to do this.

Bear in mind that you won’t get your new ID card straight away. Depending on the state, it can take a up to three months to be issued. You’ll also need to pay a fee for the replacement card, which can vary from state to state and is normally paid with cash or EC card at the Ausländerbehörde.

Also, once an order for a new card has been sent off, you’ll no longer be able to reactivate your old card should you find it again. 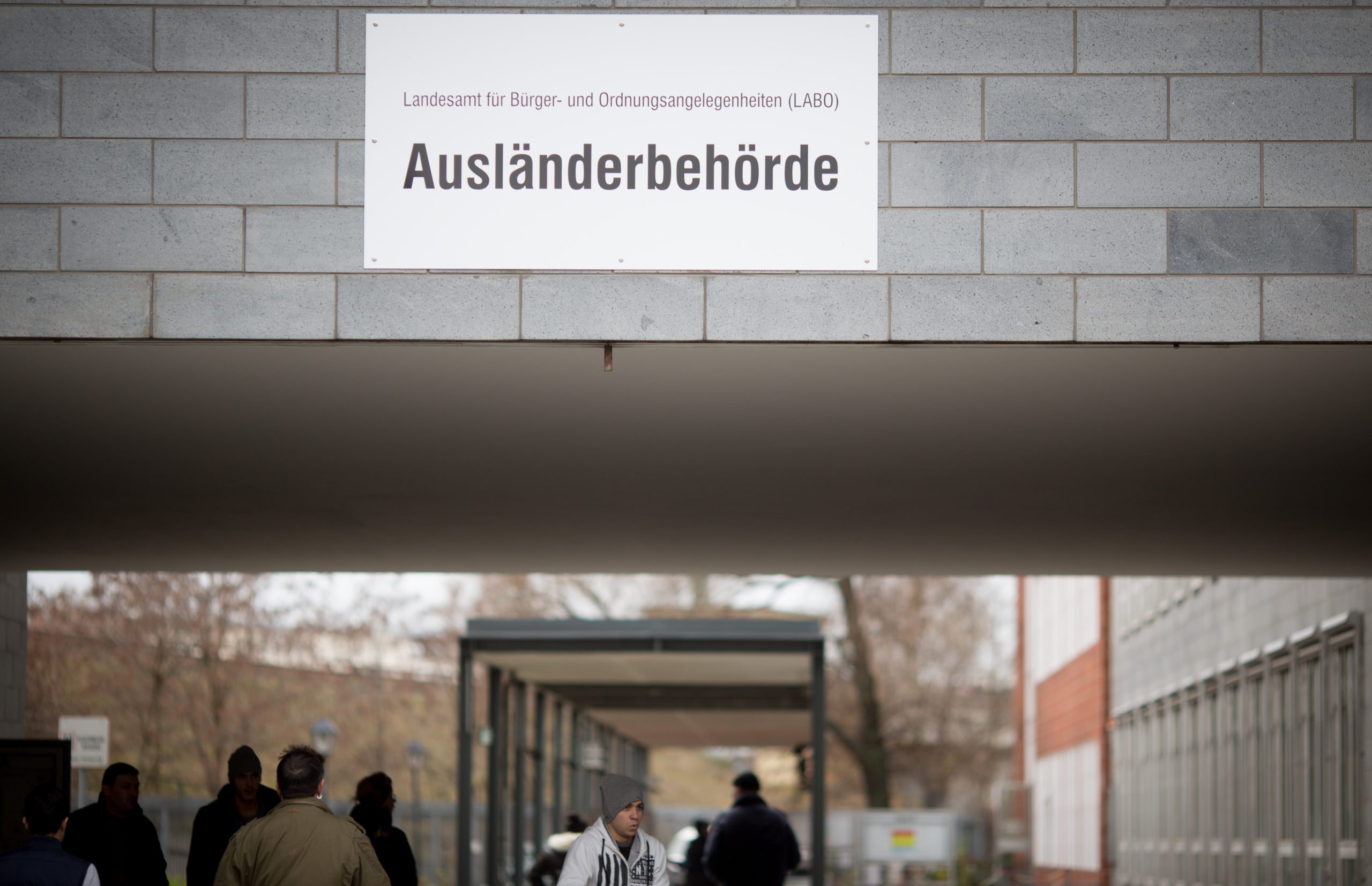 People go in and out of the Ausländerbehörde in Berlin. Photo: picture alliance / Kay Nietfeld/dpa | Kay Nietfeld

What to do if you lose your passport and visa

It probably goes without saying, but if you lose your passport with your residence permit in it, the first thing you’ll need to do is get hold of a new passport. This should be done via the government of your home country.

2. Book an appointment at the Ausländerbehörde

Once you’ve got your new passport, make an appointment at the Ausländerbehörde to get a replacement printed out. If you’re unsure what documentation to bring with you to the appointment, check on their website or send them an email beforehand.

Once again, you’ll need to pay a fee for the replacement, which is normally done on-site with cash or an EC card.

What if I’m travelling out of the country soon?

If you’re leaving Germany and don’t have time to get a replacement eID card or residence permit, contact the Ausländerbehörde straight away. They should be able to assist you with emergency proof of residence, which is normally done in the form of a Fiktionsbescheinigung (a certificate confirming your status and rights before the official proof has been issued).

Obviously, if you’ve lost your passport, your first port of call will be your home country’s embassy, who can normally issue emergency travel documents within a matter of days.

For Brits covered by the Withdrawal Agreement, bringing other proof of residence in Germany such as your registration (Anmeldung) with you or a work contract should suffice to avoid getting a stamp in your passport when you re-enter. But even if you do, it won’t affect your rights.

It’s also worth bearing in mind that there are no hard borders in Schengen, so if you’re travelling around the EU, you’ll generally be fine without your visa.