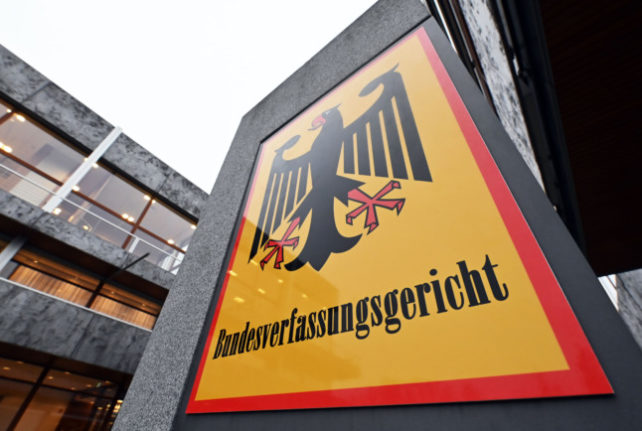 In a decision published on Friday morning, the Federal Constitutional Court ruled out a suspension of the upcoming vaccine mandate.

They indicated that no firm decision had been made on the many constitutional complaints against the partial vaccination requirement, which will be examined in the coming weeks.

The complaints were mainly filed by unvaccinated employees and by facility managers who want to continue employing unvaccinated staff.

In the summary proceedings, the judges weighed up the consequences of delaying the vaccine mandate or allowing it it to come into force as planned on March 15th.

They examined what would have the worse consequences: if they allowed the vaccine mandate to be put in place and later found it to be unconstitutional, or if they temporarily suspended the mandate and it later turned out to be constitutional.

This balancing worked out to the plaintiffs’ disadvantage.

“The very low probability of serious consequences of vaccination is contrasted with the significantly higher probability of damage to life and limb of vulnerable people,” the court announced.

“The vaccine mandate does not, at the time of this decision, meet with any far-reaching constitutional objections.”

However, the judges criticised the fact that the law did not contain concrete details on the proof of vaccination or recovery that would be required.

In the legislation passed by parliament, there is only a passing reference to current regulations as well as the websites of the Paul Ehrlich Institute and the Robert Koch Institute.

What is the institutional vaccine mandate?

The so-called ‘institutional’ vaccination obligation is intended to protect old and vulnerable people – who have a particularly high risk of becoming very seriously ill or dying with it – from a Covid infection.

It applies to employees in nursing homes and clinics, but also, for example, in doctors’ surgeries and outpatient services, midwives, physiotherapists and masseurs.

Under the terms of the mandate, this group of employees has until March 15th 2022 to prove that they are fully vaccinated or have recently recovered from Covid-19. New employees will need this evidence from March 16th onwards by default. There is an exception for people who cannot be vaccinated for medical reasons.

If the proof is missing, local health authorities will be required to investigate the case and can ultimately terminate the employment of staff.

This has led opposition MPs to raise concerns that key parts of health and care infrastructure could find themselves understaffed.

When the legislation for compulsory jabs passed in the Bundestag and Bundesrat in mid-December, it triggered a wave of lawsuits in Karlsruhe.

By February 3rd, 74 constitutional complaints had already been received from around 300 plaintiffs, many of them requiring an urgent response.