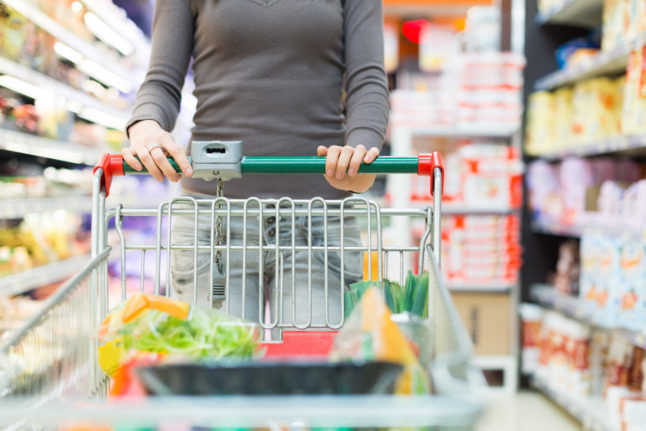 For consumers in Germany, there’s been very little good news lately. Energy and electricity costs are soaring, and the price of other everyday goods is also on the rise. On Monday, discounter Aldi announced that it had hiked the prices of around 400 of its products – with dairy and meat seeing some of the biggest increases in cost.

Unfortunately, this isn’t a one-time thing: in fact, this is the third time in the space of around two weeks that Aldi has had to raise its prices. And the popular discounter isn’t the only retailer taking drastic steps – Edeka and Rewe are also raising the price of a number of their products.

If you’re already feeling the squeeze on your energy bills and weekly shop, there are some things you can do to make your money go further. Here are our top six tips for saving money on your next grocery shop.

As is pretty much always the case these days, when it comes to saving money on groceries, there’s an app for that. Over the past few years, a number of new mobile apps designed to combat food waste have arrived in Germany. Beloved of students and families alike, these not only help you do your bit for the planet, but also have the side benefit of helping you save money, too.

The most famous of these, Too Good To Go, gives you the chance to “rescue” old food that might have otherwise been thrown away by supermarkets, restaurants, cafes and bakeries. After downloading the app, it’ll show you available offers – or “Magic bags” – within a certain radius of where you live or work. Sometimes you might strike gold with an incredible bistro or hotel brunch for a fraction of the usual price, other times you may end up with a mountain of bread products and cakes from your local bakery. Generally, there’s a bit of a ‘pot luck’ vibe, but if you’re an adventurous sort, it’s can be a great way to make your money go further.

If you’re looking for something more community-focused, the OLIO app is now available in all major German cities. OLIO not only connects you with businesses who have food waste, but also with your neighbours, allowing people to offer leftovers and groceries that are nearing their expiry with people in their local area.

Another option for intrepid food rescuers is the ResQ Club app. With ResQ, you can browse numerous retailers and restaurants offering their leftover snacks, meals and groceries at a 50 percent discount. Unfortunately, it’s only in Berlin and Duisburg right now, but will hopefully launch elsewhere in the future.

READ ALSO: 10 apps to download if you’re moving to Germany

These won’t save you megabucks, but since you don’t have to pay to sign up, it certainly can’t hurt. The first big one of these is the Payback Card points scheme that lets you earn points at DM, Rewe, REAL, Penny and Aral. The second is the Deutschland Card bonus scheme, which gives you points for shopping at Edeka, Netto, Ebay and more.

While it won’t shave loads off your shop, if you let the points build up on the family shop, you might get a nice surprise when you can use that to pay for some groceries further down the line. The other benefit of these schemes is that you can get personalised discounts and offers based on the products you tend to buy, so you can also save money that way.

This may not apply everywhere in Germany, but wherever there’s a large international community, you can often find great value groceries. Berlin’s two successful Turkish supermarket brands, Eurogida and Bolu, offer a huge range of goods for budget-conscious shoppers, including both everyday groceries and products that are sometimes harder to find in Germany. If you’re a fan of mediterranen flavours and textures, you’ll love the deli counters with freshly made dips and olives you can buy by the gram – often at a very affordable price. 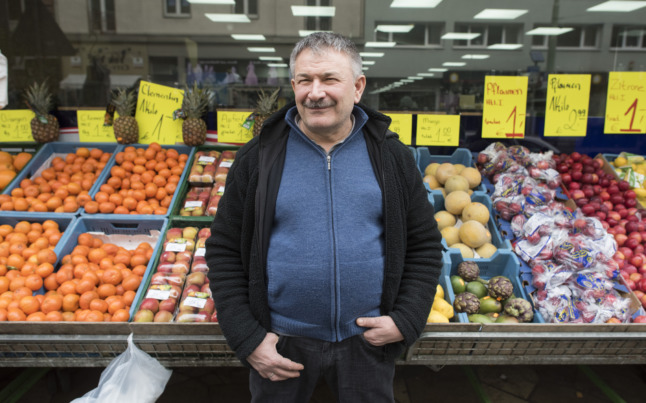 Even if you’re just in the market for a general shop, these supermarkets are an ideal place to buy fruit, veg and all your other staples. The fresh produce is generally cheaper than in regular supermarkets, and since they don’t tend to sell pre-packaged produce, you can just buy as much as you need. You can also get buy rice, lentils, beans and other pulses in bulk, which is always worth doing as these dried foods don’t go off. After a small initial outlay, you can build cheap meals around these healthy staples for weeks on end.

Though Eurogida and Bolu are the well-know brands in the capital, you’re bound to find at least one or two independent Turkish supermarkets in any fairly large city. Keep an eye out for smaller African and Asian shops too, though the latter aren’t always cheaper than regular supermarkets.

One of the best ways to get into a budget mindset with food shopping is to think in a similar way to a restaurant owner. If you study the menu of the next restaurant or cafe you go to, you’ll generally find variations on a theme that use and reuse a selection of ingredients. That’s to ensure that the chefs can order food in bulk and avoid waste by using the same ingredients in different dishes, meaning they can still be used if some dishes aren’t selling well.

So how does this apply to everyday folk? Well, meal-planning and buying staples you can use over and over again in different ways can be a great way to make your budget go further and avoid wasted food. For example, a sack of potatoes costs barely anything and can be used in a myriad of different ways, from Spanish tortilla to Schnitzel und Bratkartoffeln.

Another way to think like a restaurant is to cook everything from scratch and build your meals around cheaper ingredients that are less affected by the price hikes, like fruit and vegetables, pulses and basic carbohydrates. In general, cutting down on meat and dairy is an easy way to save money in the long-run.

When it comes to saving money in Germany, it’s helpful to know your brands. This can be difficult for foreigners to get their head around at first: is Netto the Walmart of Germany? And, for any Brits out there, which one’s Tesco?

Over time, though, you start to get a picture of where to go for what products. Discounters like Netto, Penny, Aldi and Lidl are great options for people trying to save a bit of cash, while Edeka and Rewe offer a slightly wider selection and a slightly more ‘premium’ experience for shoppers. 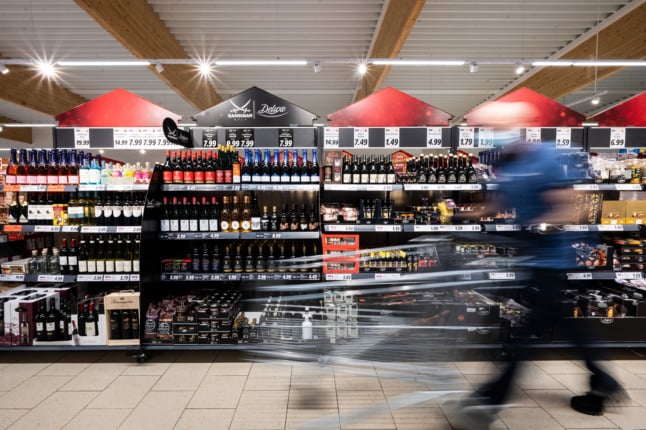 If your nearest supermarket is a little bit more on the pricey side, then keep an eye out for supermarket own-brands like ‘Ja!’, Rewe’s discount brand. The packaging may be plain, but the price is normally right, and you won’t notice any difference in quality.

READ ALSO: Tip of the week: Your guide to German supermarkets

In the wake of the Covid-19 pandemic, you’ve likely noticed a whole range of new app-based shopping services that promise to get your groceries to you in record speed. We’re not quite sure what black magic they use, but some of them even manage to be at your door in 15 minutes or less.

While we absolutely won’t judge anyone who uses these services (hey, who doesn’t get the munchies while working from home some days?), they’re unfortunately not a great idea if you’re trying to save money. Why? Because their business models generally work by adding a slight mark-up to each of the products they sell – and because you usually have to pay a delivery fee.

The one exception to this rule is taking advantage of any ultra-generous sign-up offers as a one-off treat. Some of the grocery delivery brands offer as much as €20 off a €40 shop for new customers, or €10 off a €30 shop. If you don’t normally spent that much, our advice is to stock up on basics you know you’ll use and which don’t go off, like pasta, tinned goods, coffee and tea. That way you’ll be filling up the larder for later while saving a bit of cash. 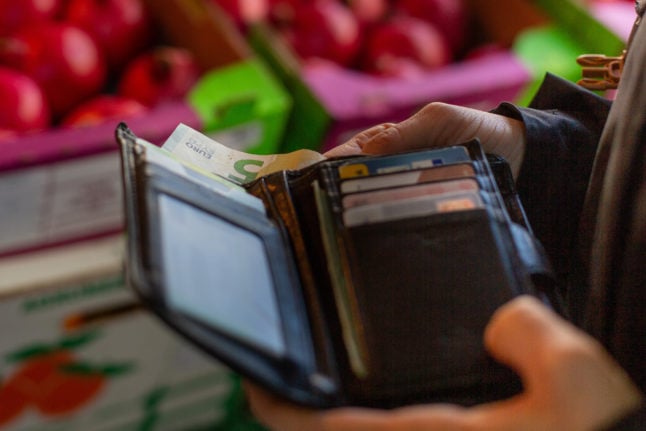