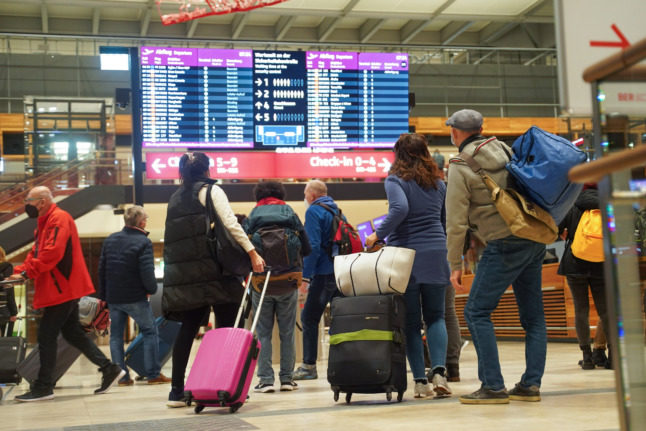 “The path out of the pandemic is becoming increasingly clear. Demand for travel is high across all markets,” TUI CEO Fritz Joussen said in a statement.

Between October and December “more than four times as many guests travelled with TUI” as in the same period the year before, with the total climbing to around 2.3 million, the group said.

“Only at the end of November and in December was there a short-term dampener due to the Omicron variant,” the tourism operator said.

TUI expects traveller numbers to sit at the lower end of its bracket of “60 to 80 percent of pre-pandemic capacities” for the European winter season, which runs either side of the New Year.

Spain (particularly Mallorca), Italy, Turkey, Austria and Greece are among the most popular destinations for Germans.

READ ALSO: The new rules for entering Germany with the EU Covid pass

Hotels, cruises and chartered flights – the core of TUI’s business – were severely impacted by the pandemic crisis.

In TUI’s last financial year, which runs from October to September, the group had a net loss of €2.48 billion ($2.83 billion).

The group was in the red again in its first quarter of the new financial year, losing €384.3 million between October and December – but more than halving its net loss from the same period in the previous year.

TUI is in the midst of a vast restructuring project undertaken in the first half of 2020 to tackle the pandemic, including getting rid of 8,000 jobs worldwide.

“All measures of the efficiency programme launched in 2020 have already been implemented,” the group said.

What’s the picture on tourism in Germany?

Despite a significant increase in overnight stays in November 2021, for instance, the balance for the first eleven months of 2021 was worse than in the comparable period in 2020.

From January to November 2021 (the latest available data), hotels, guesthouses, campsites and the like recorded a total of 293 million overnight stays, the Federal Statistical Office said last month.

That was 0.9 percent less than in the same period last year. Due to the pandemic, some federal states had bans on overnight stays for travellers until June 2021.

In 2020, by contrast, only about two months – mid-March to mid-May – were affected by these kinds of bans in the first half of the year.

In November 2021, overnight accommodation in Germany recorded a significant increase with 24.6 million overnight stays by guests from home and abroad. 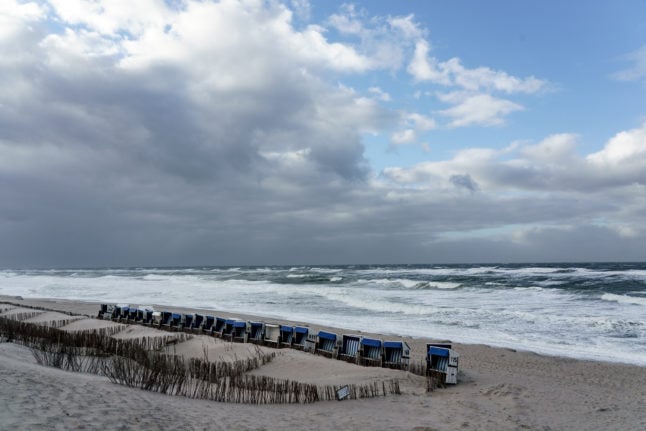 TRAVEL NEWS
What is Sylt and why is it terrified of Germany’s €9 holidaymakers?

The North Frisian Islands, with Sylt in the lead, are seeing a huge spike in property prices, according to the latest Coastal Report published by the Von Poll estate agency.

According to the report, average asking prices on the Schleswig-Holstein islands that lie in the North Sea climbed by 17.1 percent to €14,115 per square metre within a year in the first quarter of 2022.

Meanwhile, in Lower Saxony’s East Frisian islands, which include Norderney, Juist and Borkum, there was a price jump of 5.7 percent to €8,206 per square metre. Despite the increase on this group of North Sea islands, properties there are 42 percent cheaper than the North Frisian islands.

The biggest price driver among the islands is Sylt, where it now costs a whopping €18,740 per square metre for an average house, 21.7 percent more than a year earlier.

Thanks to its sandy beaches, the island of Sylt is one of Germany’s best known domestic tourist destinations. Sylt hit the headlines last week because of fears it will become overrun with tourists due to the introduction of the €9 transport ticket.

“Sylt is as sought-after as ever,” said Martin Weiß, the Von Poll office manager who is based in Sylt. “However, the supply has been reduced to about a third and that causes prices to spiral upwards.”

The district of Nordfriesland, which includes Sylt, Föhr,  Amrum, as well as Sankt Peter-Ording, was named the most expensive district in Germany by Postbank in its property atlas published at the end of March – with an average price per square metre of €7,977 (2021).

The list of the 10 most expensive districts otherwise includes counties from the Munich area, and from the holiday areas of the Alpine foothills.

The high prices and scarce supply have been leading to social tensions. Many native islanders, who can no longer afford to live on the islands, have already been forced to move to the mainland and commute to the isles for work, according to local reports.

The German Social Association (Sozialverband Deutschland, SoVD) warned back in 2016 of Sylt becoming a place that only rich people can afford to live on.

Sylt has been described as the “German Hamptons” in reference to the area north of New York City that is frequented by the wealthy and famous.

However, locals are trying to fight back. The municipality of Sylt, for instance, recently put together an accommodation plan. The report, which was presented last week, concluded that the amount of misused living space in Sylt is already far too high, and that the island is too full. Now stricter rules are being discussed which could mean that people are no longer allowed to launch new holiday homes.

READ ALSO: How soaring property prices are out of reach for German buyers

According to Von Poll, prospective buyers for real estate on the North Sea islands come from all over Germany, and given the price level, they are increasingly expanding their search radius.

Therefore, the asking prices on the mainland also rose strongly. Property prices spiked by 22.8 percent to €2,544 per square metre and by 22 percent to €2,489 in the East Frisian districts of Wittmund and Aurich.

But this is topped by the North Frisian mainland and the district of Dithmarschen, where prices have risen by an average of 26.2 percent to €2,657 and by 27.6 percent to €2,353 per square metre respectively. Compared to the first quarter of 2021, prices have also risen significantly in Cuxhaven, a seaside town in Lower Saxony. 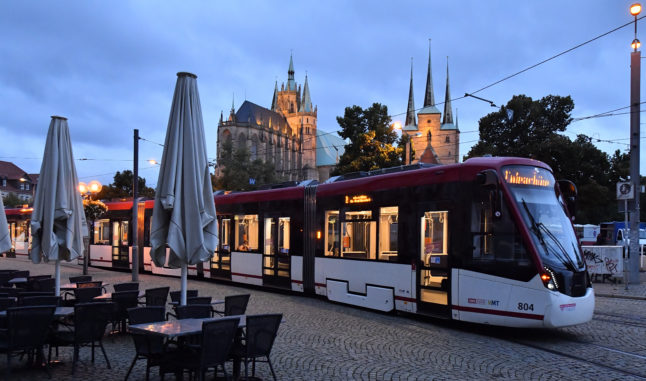 TRAVEL NEWS
How many people in Germany will use the €9 ticket?