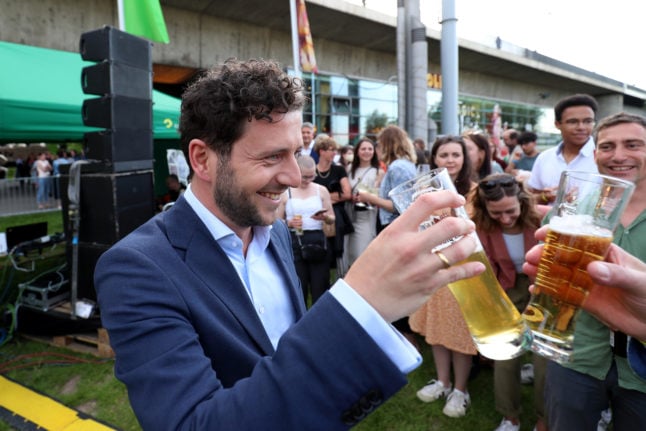 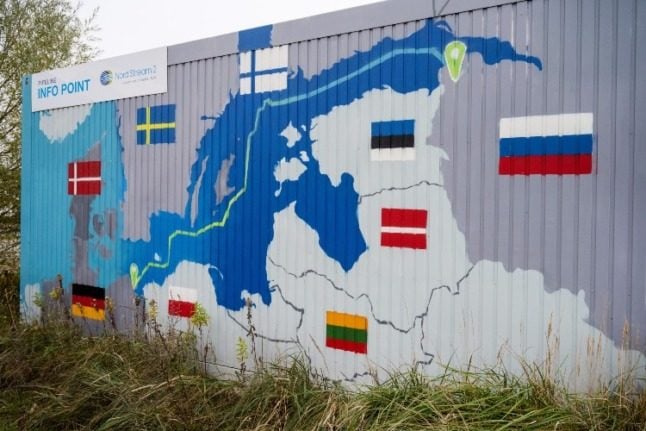 The pipeline, which Germany has defiantly pursued despite criticism from the United States and Eastern Europe, was completed last year but still requires regulatory approval.

Germany has now given a clear warning that it will not allow Nord Stream 2 to begin operating if Russia invades Ukraine, despite a severe energy crisis that has sent gas prices soaring in Europe.

Here is a look at the history of the pipeline, which critics say will increase Europe’s dependence on Russian gas and Ukraine has described as a “geopolitical weapon”.

Running from Russia’s Baltic coast to northeastern Germany, the 1,200-kilometre (745-mile) underwater Nord Stream 2 follows the same route as Nord Stream 1, which was completed over a decade ago.

Like its twin, Nord Stream 2 will be able to pipe 55 billion cubic metres of gas per year from Russia to Europe, increasing the continent’s access to relatively cheap natural gas at a time of falling domestic production.

The pipeline was completed in September 2021 but German authorities in November suspended the approval process, saying it needed to first become compliant with German law.

The operating company behind the project, Swiss-based Nord Stream 2 AG, said this week it had founded a German subsidiary as it presses ahead despite the rising diplomatic tensions.

Why is it controversial?

Ukraine, in conflict with Russia since Moscow’s 2014 annexation of Crimea, also believes Nord Stream 2 will be used by Russia to exert political pressure.

In past disputes with Russia, Ukraine has had its gas supply cut off several times.

The US shares those concerns. As do several European nations, particularly Poland and eastern European countries wary of becoming too reliant on Moscow for energy security.

A 2018 report by German think-tank DIW said the project was unnecessary and based on forecasts that “significantly overestimate natural gas demand in Germany and Europe”.

Why was Germany so keen?

Europe’s top economy imports around 40 percent of its gas from Russia and believes the pipeline has a role to play in the transition away from coal and nuclear energy.

The previous German government under Angela Merkel deflected calls to abandon the project even as tensions rose with Russia over spying allegations and the poisoning and jailing of Kremlin critic Alexei Navalny.

Now, with energy prices soaring across Europe — and Russia allegedly restricting existing gas supplies to put pressure on the West — stopping Nord Stream 2 looks like a bigger risk than ever.

What do other countries think?

US President Joe Biden objects to Nord Stream 2, calling it a bad deal for Europe and a security risk.

But Biden, eager to rebuild transatlantic ties after Donald Trump, last year unexpectedly waived sanctions on the Russian-controlled company behind the project.

“We view this project exclusively through the prism of security and consider it a dangerous geopolitical weapon of the Kremlin,” he said last year.

With tensions with Moscow soaring over Russia’s deployment of troops on the Ukraine border, the new German government under Chancellor Olaf Scholz, from the centre-left Social Democrats, has finally brought a change in Germany’s stance on Nord Stream 2.

Scholz warned on his first day in office that there would be “consequences” for the pipeline if Russia makes a move on Ukraine.

This week, German Foreign Minister Annalena Baerbock told parliament that her government was “working on a strong package of sanctions” alongside allies that would include Nord Stream 2.

In Washington, a top official also voiced confidence that an invasion would stop Germany from activating the multibillion-dollar project.

“If Russia invades Ukraine, one way or another, Nord Stream 2 will not move forward,” said Victoria Nuland, the undersecretary of state for political affairs.