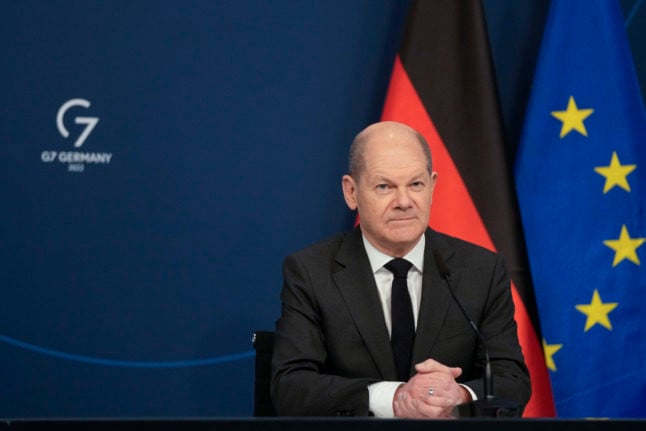 “I will shortly go to the United States… and I will also soon go to Moscow for talks” on the crisis, Scholz said in an interview with the ZDF broadcaster.

The visit to the United States had already been planned for February 7th, but the chancellor did not give a date for the trip to Russia, only saying “an appointment is fixed and will take place soon”.

The West has accused Russia of massing 100,000 troops on the border with eastern Ukraine, and fears the Kremlin is planning to invade its pro-EU neighbour.

Russia denies it plans to invade but has demanded wide-ranging security guarantees from the West, including that Ukraine never be allowed to join NATO.

Scholz on Wednesday stressed the importance of a “coordinated policy with regard to the EU and NATO” on the crisis.

Asked about a possible war in Europe, he replied: “The situation is very serious, and you can’t overlook the fact that a lot of soldiers and troops have been deployed on the Ukrainian border.”

The chancellor defended himself against growing criticism of Germany’s refusal to send weapons to Ukraine and reiterated that Russia would pay a “very high price” in the event of an invasion.

Scholz also denied being influenced by former chancellor and fellow Social Democrat Gerhard Schroeder, who has defended the Kremlin’s positions on Ukraine and championed the controversial Nord Stream 2 gas pipeline from Russia to Germany.

“I haven’t asked him for advice and he hasn’t given me any either,” he said.