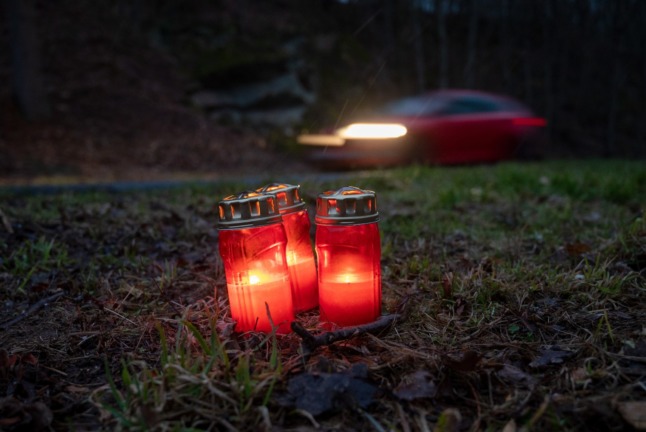 The two suspects, aged 38 and 32, appear to have gunned down the officers “to conceal the poaching”, prosecutor Stefan Orthen told a press conference in the western city of Kaiserslautern.

Dead game had been found in the boot of their car when it was stopped, investigators said.

The shooting in the Kusel district of Rhineland-Palatinate state in the early hours of Monday morning sent shockwaves across Germany.

The victims were a 24-year-old female police officer still in training and her 29-year-old male colleague.

The young woman was killed by a single shot to the head, while the male officer was shot four times, investigators said.

The crime triggered a major manhunt, with police deploying helicopters and sniffer dogs, sealing off roads and warning local residents not to pick up hitchhikers.

The suspects were arrested on Monday evening in the neighbouring state of Saarland after the 38-year-old’s ID was found lying near the body of the female officer.

Police had released a photo of the 38-year-old posing in what appeared to be a bakery and named him as Andreas Johannes Schmitt.

Both suspects are already known to police: the 38-year-old for poaching and fleeing the scene of a traffic accident, and the 32-year-old for fraud allegations.

They were remanded in custody on Tuesday.

“It does not fit with our idea of Germany that someone starts shooting with a hunting weapon in the street just because he was caught poaching,” he said.

Chancellor Olaf Scholz on Monday said the act had left him “deeply saddened”.

Gun crime is relatively rare in Germany, which has some of the strictest gun laws in Europe.

However, just last week, an 18-year-old student opened fire in a lecture hall at Heidelberg University, killing a young woman and injuring three others before turning the weapon on himself.

In September, a 20-year-old petrol station worker was shot dead by a customer angry about being asked to wear a face mask while buying beer.