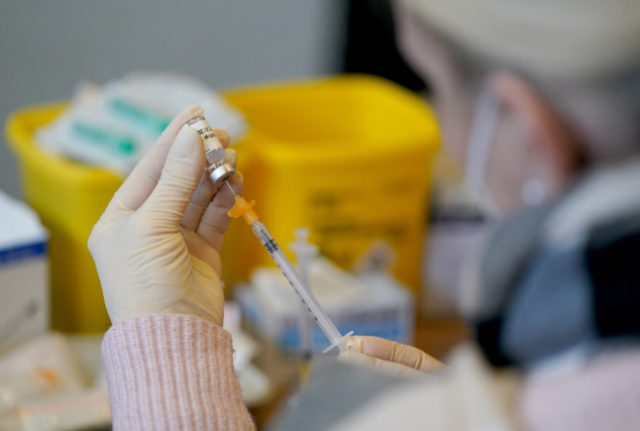 According to a spokesperson for the Federal Ministry of Health, employees of hospitals and care facilities may be able to continue working even after the introduction of a professional vaccine mandate on March 15th – pending a decision by the authorities.

“Until the health authority has made a decision on a ban on entering or working, the employees concerned may in principle continue to be employed,” the spokesperson told Business Insider.

Under a law passed by the federal government in December, health and care workers must prove they are fully vaccinated by March 15th or face a potential termination of their contracts.

But in the last few weeks, there has been growing opposition to the move.

Speaking to DPA on Tuesday, Eugen Brysch, Chairman of the Patient Protection Foundation, warned that the vaccine mandate for health workers must not be introduced “with a crowbar”.

“Health offices, regulatory authorities and employers do not see themselves in a position to implement the mammoth work by March 15th without serious upheaval,” he said.

His views were echoed by the deputy chairwoman of the Federal Association of Public Health Service Doctors, Elke Bruns-Philipps. Speaking to the Rheinische Post on Tuesday, Brans-Philipps estimated that around 5-10 percent of health and care workers may not be able to provide either proof of vaccination or a validity exemption in time for March.

“Examining each individual case is a considerable burden which the health authorities can’t cope with in a timely manner,” she said. “In principle, a procedure is envisaged with a new deadline set by the health office for the submission of vaccination documents and a hearing.”

Until a final decision is made, employees can remain in their jobs, the Health Ministry confirmed.

Beyond the administrative issues for public servants, there are fears that the change could spark a wave of resignations in an already stretched healthcare sector.

Since the start of Covid, stress and long working hours have already caused of exodus of workers from hospitals and care homes: a recent poll suggested that a further 40 percent were considering changing professions.

Some state and local authorities have already signalled that they would refuse to implement the vaccine mandate to avoid further losses. Others have asked the government to postpone the implementation of the mandate until a new protein-based vaccine, Novavax, is available on the market.

This so-called inactivated vaccine is believed to be more palatable for vaccine sceptics than the newer Covid-19 vaccines because it it relies on the traditional technology used in flu and cold vaccines for decades.

Speaking to the Rheinische Post on Tuesday, Gerald Gaß, the head of the German Hospital Association, suggested that the deadline for having full vaccination protection could be extended beyond March.

If the health authority bans an unvaccinated person from entering the workplace, the person concerned would be released from work without continued payment of wages, Gaß explained.

“But if an individual has already had the first vaccination, the other vaccinations can be made up quickly,” he added. “In these cases, we can imagine pragmatic solutions, such as an extension of the deadline, in order to retain the employees.”