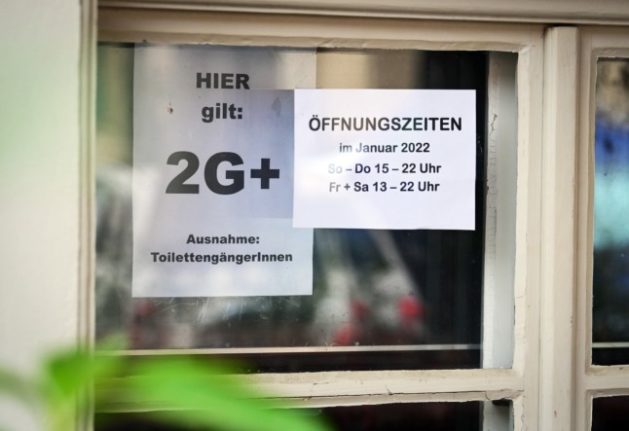 Germany has a range of measures in place that aim to slow the spread of Covid-19, including banning the unvaccinated from most parts of public life, and testing for people who haven’t received their booster vaccination.

But there are growing calls for the government and states to look towards easing the rules.

Andreas Gassen, head of the National Association of Statutory Health Insurance Physicians (KBV), urged politicians to come up with a concrete plan.

“Regardless of the fact that at the moment there are still very high infection figures, it is necessary to show citizens perspectives on how we can get out of the phase of permanent state of emergency after the Omicron wave,” Gassen told RND.

Gassen said: “People must be able to rely on these perspectives. It should not be the case that – as has happened several times in the recent past – either no strategy is available or openings are reversed after a few weeks.”

He also said there should be a uniform approach from the states when easing measures.

“Furthermore, a federal patchwork should be avoided – as far as the infectious process allows,” Gassen said.

Some states – including Baden-Württemberg and Bavaria – have already started to relax Covid measures.

Finance Minister Christian Lindner (FDP) agreed that a debate on easing measures should be on the cards, but argued that Omicron still posed a challenge.

Germany extended a range of measures, including the 2G-plus rules (meaning vaccinated and recovered people need to show proof of a booster shot or a negative test to get into many public places) in January. The next round of Covid talks is scheduled for February 16th.

It comes as some other countries have been lifting measures.

Denmark on Tuesday became the first EU country to lift all of its Covid restrictions despite record numbers of Covid cases.

READ ALSO: How worried should we be about Germany’s rocketing Covid rates?

Health policy spokesman Tino Sorge (CDU) agreed that the German government needed to look ahead to the period after the Omicron peak, expected in mid-February.

He suggested “gradual opening steps” depending on the situation in hospitals as well as other factors.

“Restaurant owners, event organisers, associations and many other players want to prepare for the spring,” said Sorge.

He called on the government’s Council of Experts to put together step-by-step guidelines for the reopening of public life.

However, the German government insists it has things under control.

“The moment we feel we can relax responsibly, this federal government, all state governments will take exactly that step,” government spokesman Steffen Hebestreit said on Monday.