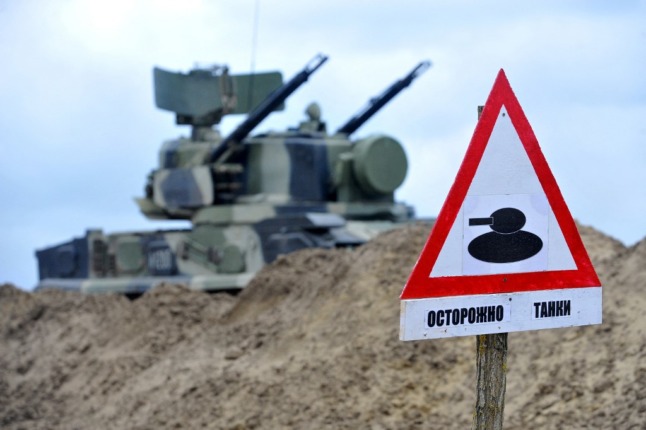 In an interview on Friday, a senior Ukrainian security official told AFP that there was no risk of an imminent Russian invasion.

This came as Russia announced on Saturday that more than 10,000 troops had finished month-long drills near Ukraine, amid Western accusations that Moscow was plotting an invasion of its ex-Soviet neighbour.

The defence ministry said in a statement that the drills for Southern Military District forces had taken place in a host of southern regions including Rostov, Krasnodar and Crimea, which Moscow seized from Ukraine in 2014.

But the drills also took place further afield, including in Stavropol, Astrakhan, North Caucasus republics and even in Russia’s Caucasus ally Armenia.

The defence ministry said the troops were returning to their permanent bases and that stand-by units would be readied for the New Year’s holidays.

Western countries have accused Russia of massing upwards of 100,000 troops near Ukraine ahead of a possible winter invasion.

According to Kiev’s estimates, the number of Russian troops along Ukraine’s borders has increased from around 93,000 troops in October to 104,000 now.

Russia says it is free to move its forces on its territory how it sees fit and denies that it is planning a large-scale attack.

It has presented the West with sweeping security demands, saying NATO must not admit new members and seeking to bar the United States from establishing new bases in former Soviet republics.

Kiev has been battling pro-Russia separatists since shortly after Moscow annexed Crimea in 2014 in a conflict that has claimed over 13,000 lives.

The West has long accused the Kremlin of providing direct military support to pro-Russia separatists in eastern Ukraine. Russia denies the claims.

READ ALSO: Russian gas must not be ‘weapon’ against Ukraine: German Chancellor Merkel