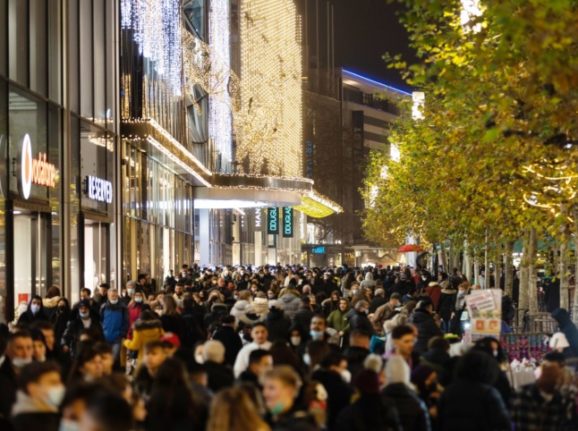 In light of the spread of the Omicron variant, the federal and state governments are set to discuss the Covid situation, and fresh measures to stave off a new wave of infections on Tuesday.

A first draft of a proposed resolution emerged on Monday, and it gives a glimpse of what Chancellor Olaf Scholz will discuss with state leaders.

It comes after the German government’s Covid Expert Council called for action “in the coming days”.

They said there was a need for “well-planned and well-communicated contact restrictions”.

Here’s what the draft proposals from the government and state leaders say. Keep in mind that they are subject to change before the final agreement is reached on Tuesday.

– The draft includes a plan for restricting social gatherings from December 28th for vaccinated and recovered people.  According to the plans, a maximum of 10 people would be allowed to meet privately – indoors and outdoors, not counting children aged 14 and younger from this date. “In particular, New Year’s Eve celebrations with a large number of people are not justifiable in the current situation,” the document says.

– As soon as an unvaccinated person attends a gathering, the contact restrictions for the unvaccinated would apply: meaning that meetings would be limited to your own household and a maximum of two other people from another household. However, this proposed regulation is still to be discussed in more detail.

– The draft also includes a renewed appeal to the unvaccinated to get their jabs and for everyone who is eligible to get their booster shot, along with a call to continue the vaccination campaign over the holidays – with all health care providers such as doctors and pharmacies encouraged to participate. The proposals also call on people to quickly take advantage of offers for jabs for 5- to 11-year-olds.

– Operators of critical infrastructure (such as the health service, police and fire service) are asked to review their pandemic plans and ensure that they can be activated at short notice. There are fears that services will buckle if lots of people are off work at the same time when the Omicron wave hits.

– Indoor clubs and discos are to be closed from December 28th at the latest under the proposals.

– The plans also include an appeal to limit the number of contacts at family gatherings over Christmas, and for people to get tested before taking part in these kinds of gatherings with people outside their household.

– The government and state leaders will also discuss how to deal with major events, such as in sports or culture. It is expected that major events are to take place without spectators from December 28th at the latest.

– The nationwide 2G rule (only vaccinated or recovered people) or 2G-plus rule (vaccinated and recovered people have to take a test) will continue to apply to cultural and leisure facilities such as theatres, cinemas and restaurants, as well as in non-essential shops, under the proposals. 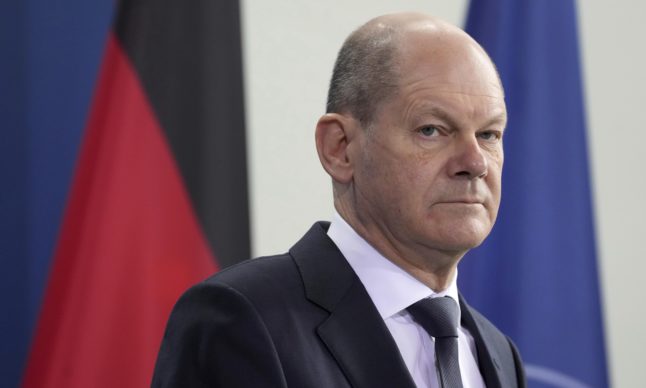 The Chancellor held talks with German state leaders on Thursday to discuss the pandemic, as well as the war in Ukraine and how Germany can better manage and support refugees having to flee their homes.

It came as the German government gets set to drop almost all Covid measures on March 20th. Basic restrictions – like mandatory masks on public transport and in health settings will remain – as well as a ‘hotspot’ mechanism for bringing in tougher rules in areas where Covid cases build up.

The new slimmed-down Infection Protection Act is set to pass through the Bundestag and Bundesrat on Friday.

But German states feel that they have been ignored and fear that the law changes planned by the coalition government will leave them with barely any options for combating the pandemic.

North Rhine-Westphalia premier Hendrik Wüst, who spoke by video link because he is in Covid isolation due to an infection, said the draft law was “legally uncertain and practically unworkable”.

Scholz defended the new law for Covid measures against criticism, saying it was a “legal basis on which to build for the future”.

However, Scholz also praised the “constructive discussion” with state premiers.

He said he was concerned about the high Covid infections. But the Chancellor said the situation in hospitals and intensive care units was not developing dramatically, and the Omicron variant resulted in less severe illness generally. Once again, he appealed to citizens to get vaccinated.

Earlier in the day, the Bundestag exchanged blows for the first time over a possible vaccine mandate in Germany.

MPs debated two bills and three motions for and against compulsory vaccination.

Several speakers warned of new restrictions on freedom in autumn without compulsory vaccination, while others said they were strictly against vaccine mandates.

Health Minister Karl Lauterbach (SPD) told MPs: “We can end the pandemic for Germany for the first time with compulsory vaccination. We’ll be in the same place in autumn as we are now if we don’t seize this unique opportunity together.”

Economics Minister Robert Habeck (Greens) said: “People in this country are fed up. Let’s finally get this pandemic over with, get rid of the virus and then return to freedom.”

Tabea Rößner, of the Green Party, said: “Many are afraid, some report strong reactions to vaccination.”

Left-wing politician Gregor Gysi said: “I was for it (vaccine mandate) with measles because that eradicated the disease, the (Covid) vaccine can’t do that here.”

MPs will vote on the mandate in April.

After the talks on Thursday Scholz said that the federal and state governments were united and wanted to support refugees from Ukraine in Germany.

He admitted that “this will be a big, big challenge”.

Scholz said it was now a matter of providing help quickly and without complications, to make sure that refugees can work and that children can go to school “immediately”.

Scholz also praised the “overwhelming culture of willingness to help” in Germany. According to the Interior Ministry 187,428 refugees have registered in Germany from Ukraine so far – but the real number is probably much higher.

Scholz pledged more funding to districts across Germany to help support people. A working group is to draw up a plan on this front by April 7th.

The Chancellor also emphasised that the invasion of Ukraine was “Putin’s war”. He said it was completely unacceptable for there to be any hostility against Russian people.