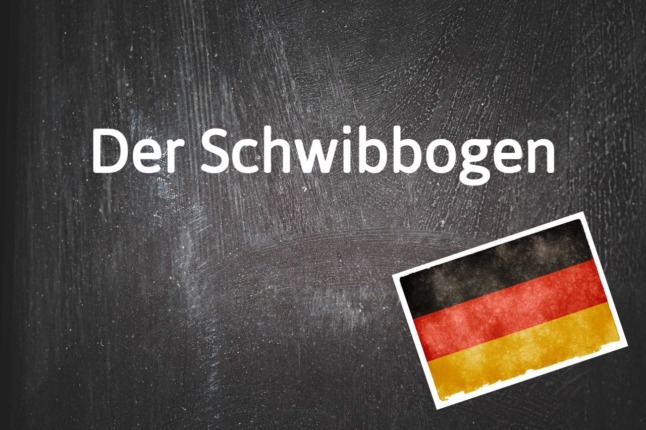 “Der Schwibbogen”, sometimes also called “der Lichterbogen”, is a candle arch originating from the Ore Mountains (Erzgebirge) in the region of Saxony.

The unusual name comes from the Middle High German “swiboge”, which translates to “to hover”.

The arched shape (seen below in the photo) is thought to create a floating effect. The Schwibbogen is usually made out of metal or wood and traditionally features hand carved images of Christmas scenes. Over the years there have been several variations, from complex, detailed depictions of the nativity scene to a simple starry night.

What is the history behind the “Schwibbogen”?

The origin of the Schwibbogen is closely tied to German mining tradition in the Erzgebirge region, with the candles expressing the miners’ longing for light. Due to long shifts, miners rarely saw daylight during the long winter months and so used the Schwibbogen as a symbol of hope.

READ ALSO: From communism to Christmas: Chasing history in Chemnitz

The arch in turn symbolises the entrance of the tunnels, with miners having used a semi-circle shape of torches to guide them out of them. The number of candles varies, with some having only seven candles, and others over 10. Nowadays, many Schwibbogen do not even contain candles; instead, small electric lights illuminate the arch.

The oldest remaining Schwibbogen dates back to 1778 and has made its way into mass production ever since, meaning you can get yourself one from many commercial Christmas stores across Germany – though the traditional hand-carved ones are still made today in the Ore Mountain region.

The design of your Schwibbogen candle arch is so intricate, is it hand-carved?

When we were travelling in the ore mountains, we bought ourselves a traditional Schwibbogen.