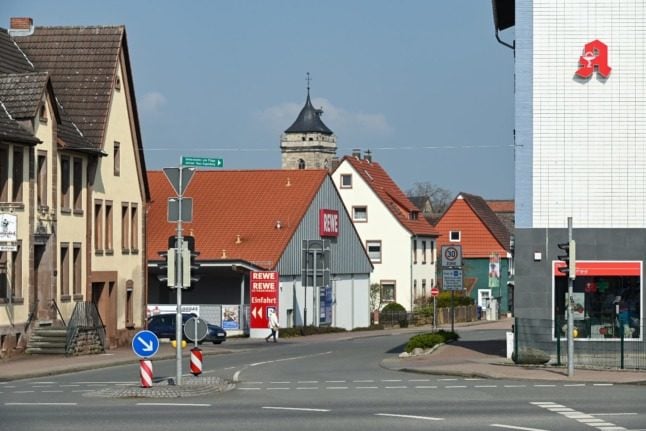 A view of the street in Volkmarsen where Maurice P. drove through crowds during the Rosenmontag parade in 2020. Photo: picture alliance/dpa | Uwe Zucchi

The regional court in Kassel found Maurice P., 31, guilty of tearing through the traditional Shrove Monday (Rosenmontag) parade in the central town of Volkmarsen in February 2020 without braking.

He was convicted of 89 counts of attempted murder and 88 counts of grievous bodily harm.

Maurice P. remained silent throughout the trial, leaving his possible motive a mystery.

However a psychological analysis of the defendant based on his court appearances and job centre files found evidence of paranoia and schizophrenia.

Prosecutors told the court at the start of his trial in May it had been Maurice P.’s intention to kill a “large number of people” and he had accelerated so quickly that his tyres screeched. They said the rampage was premeditated.

Several people were hurtled into the air as the car tore along 42 metres (yards) of the parade at around 50 kilometres (30 miles) per hour. Children as young as three were dragged under the vehicle, they said.

Passers-by eventually managed to stop the rampage by opening the car doors, pulling out Maurice P. and holding him until he was arrested.

He had parked his car in a strategic position the day before the parade, the court found, and had installed a dashcam to film the crime.

He was not under the influence of alcohol, medication or drugs, authorities said at the time.

Germany has been on high alert for car ramming attacks since December 2016, when an Islamic State group sympathiser ploughed a truck through a Christmas market leaving 12 dead.

The country has seen several such attacks since with most carried out by people who were found to have psychological issues.

In December 2020, a German man ploughed his car through a pedestrian shopping street in the southwestern city of Trier, killing five people including a baby.

In January 2019, a German man injured eight people when he drove into crowds on New Year’s Eve in the western cities of Bottrop and Essen. He was
later taken into psychiatric care.

In April 2018, a German man crashed his van into people seated outside a restaurant in the city of Münster, killing five before shooting himself dead. Investigators later said he had mental health problems.