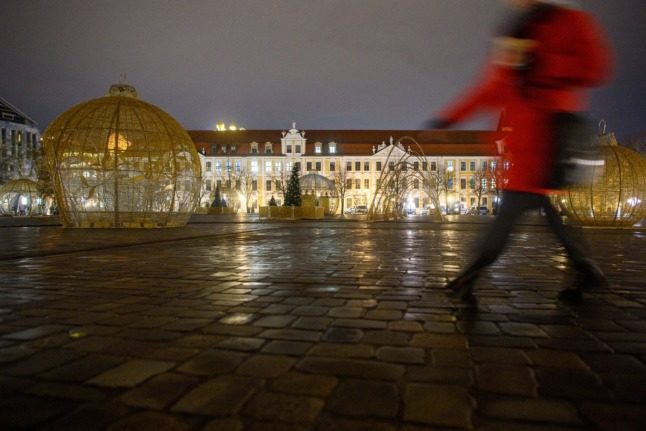 As Covid infections have been easing off in Germany in the last week or so, we’ve all been hoping that the worst of the pandemic is behind us.

But experts say the country is facing another huge challenge – the Omicron variant of Covid.

They say politicians need to act fast to try and prevent the spread and limit damage as far as possible.

In an interview with Germany’s Tagesschau, high profile virologist Sandra Ciesek, from the University Hospital Frankfurt, warned against “running into a catastrophe with our eyes wide open”.

The most research on the variant has been carried out in South Africa, where the strain was first detected. Reports there suggest disease caused by Omicron may be less severe than other strains, although it is more transmissible.

However, experts warned against taking this for granted in Germany. “We don’t have systematic data for Germany yet, nor do we know how severe the diseases are,” Ciesek said.

“You can’t really say anything for sure about the severity of the disease in our country yet, and we shouldn’t compare ourselves one-on-on with South Africa either.” She said different factors include that the population is younger on average, and the previous infection rate is much higher than in Germany.

Berlin-based scientific modeller Dirk Brockmann called for a contingency plan from policymakers on how to respond to different scenarios.

According to modelling studies, Germany can expect a development similar to the UK and Denmark, where the number of cases have skyrocketed.

In the UK, Omicron cases are said to be doubling every two days.

In Germany cases are still relatively low, although climbing. From November 29th to December 5th for instance, a total of 44 Omicron cases were recorded in Germany, but experts say many remain unreported.

“I fear that Omicron will lead to an increase in infection figures again in two to three weeks at the latest, probably also in hospital admissions,” said epidemiologist Gérard Krause from the Helmholtz Centre for Infection Research (HZI) in Braunschweig.

“At the moment, Omicron is still rare in Europe,” said Richard Neher, head of the Evolution of Viruses and Bacteria research group at the Biozentrum of the University of Basel (Switzerland), in an interview published on the university’s website on Monday.

“But if the evolution continues like this, Omicron will be dominant in Europe in about two to four weeks.”

Will there be tighter measures?

The German state of Lower Saxony announced last week that it would be putting in a place a mini partial lockdown between Christmas and New Year to try and reduce contacts due to concern over Omicron.

It’s led to speculation that other states may also consider this action.

READ ALSO: Is Germany heading for a Christmas ‘partial lockdown’?

Christoph Neumann-Haefelin, head of the Translational Virus Immunology research group at the University Hospital of Freiburg also estimates that Omicron will establish itself firmly in Germany by mid-January.

“I hope that politicians will find answers to the worst case scenario,” said Neumann-Haefelin.

Ciesek urged politicians not to solely rely on boosters in the fight against Omicron.

“At the moment, I have the feeling that what is being conveyed is: get boosted and the world will be fine again. It’s not like that,” she said.

The EU health agency ECDC on Wednesday warned that vaccinations alone would not stop the rise of the Omicron variant and said “strong action” was urgently needed.

The booster campaign has been stepped up in Germany in recent weeks, with almost a million people getting their shots on some days.

But German Health Minister Karl Lauterbach revealed this week that the country is on track to experience shortages of Covid vaccines in January. He said he was working on a solution.