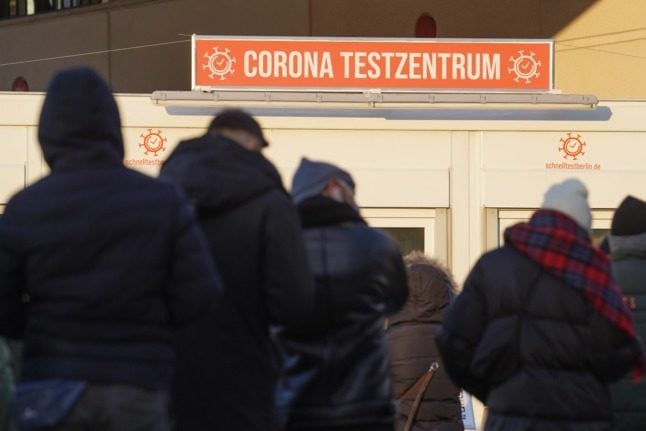 The Omicron variant of Covid-19, which was first detected in South Africa, has also been found in Germany.

It was detected in three travellers in Munich at the weekend. In Hesse another returning traveller from South Africa was also confirmed to have been infected with the new Covid variant, according to the Ministry of Social Affairs.

In the most populous state of North Rhine-Westphalia, there are suspected Omicron cases in Essen and Düsseldorf.

The UK, Canada, Denmark, Belgium, the Czech Republic and Italy have also reported cases of the variant. In the Netherlands, 13 travellers were found to be infected with Omicron.

Researchers are frantically trying to understand how transmissible the new Covid variant is, as well as the severity of disease.

The head of virology at Berlin’s Charité hospital, Christian Drosten, said he was “quite concerned” about the new variant.

“I’m surprised to see so many mutations in this virus,” said Drosten in an interview with German broadcaster ZDF on Monday. However, he added that at this stage no one knows how these mutations affect day-to-day life.

“There have been media reports of the disease leading to mild symptoms but I don’t think there’s much substance to that yet,” he said. “We’ve only seen about 1,000 cases and it still has to be observed. That means we really have to be prepared for all possibilities.

“What we can say however is that infections have been mostly incurring in young people, often in those who have already had the disease and then get it for a second or third time.

“We really don’t know what we’re up against yet. But what we can say with certainty is that it’s better to be vaccinated and it’s even better to have had a booster vaccine.”

Drosten added that it’s better to “take it seriously now” as a precaution.

The virologist, who advises the German government, went on to say that the next two to three weeks would determine whether vaccinations would have to be changed to deal with the variant.

An adaptation of the mRNA vaccines is possible, he said. “Technically, it will be relatively easy to do that. But we are talking about months here.”

The Omicron strain of Covid-19 was first reported in South Africa on Thursday, and the World Health Organisation (WHO) classified it as a variant “of concern”.

EU health authorities have said the new strain poses a “high to very high risk” to the continent.

Countries – including Germany and the UK – have brought in travel restrictions in a bid to contain the spread of the variant.

It comes as Europe battles a drastic fourth Covid wave that has seen Germany experience the highest amount of daily cases ever.

On Monday Germany reported 29,364 Covid infections in the last 24 hours, and 73 deaths. The number of infections is usually lower on Mondays due to reporting delays at the weekend.