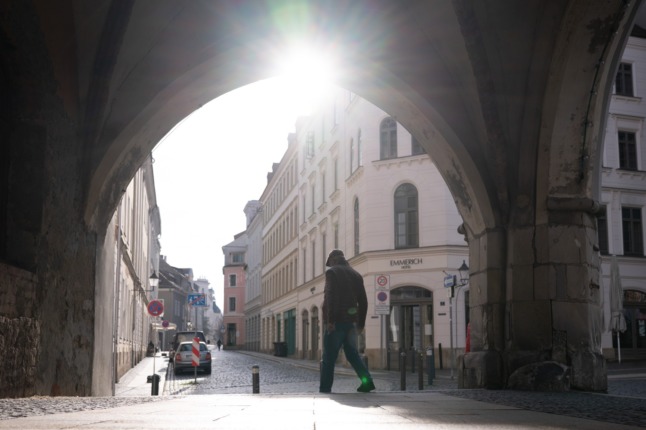 It is the first time Germany has exceeded 50,000 daily cases since the beginning of the pandemic, and comes as infections and deaths have soared since mid-October.

The nationwide 7-day incidence rose to 249.1 Covid infections per 100,000 people, making it the fourth day in a row that it has reached an all-time high.

According to the new data, 235 Covid-related deaths were recorded in Germany within 24 hours. A week ago, there were 165 deaths in the same time period.

Pressure is also building on hospitals, in an outbreak blamed on Germany’s relatively low vaccination rates of just over 67 percent.

The number of Covid-19 patients admitted to hospitals per 100,000 residents within seven days – the most important marker for a possible tightening of restrictions – was 4.61.

The previous record hospitalisation 7-day incidence in Germany was 15.5 per 100,000 people, and it was reached in the Christmas period last year.

Due to the sharp rise in infection figures, the German Hospital Association said intensive care units would get overrun.

“The figure of (Germany seeing) 4,000 occupied intensive care beds (with Covid patients) is practically unavoidable,” said Gerald Gaß, chairman of the board of directors.

He said clinics across the country “must now immediately postpone planned operations.”

In many regions, intensive care units are reaching their limits. This means that hospitals “have to limit their services, regardless of the number of Covid patients in their own hospital, in order to then also be able to stand in for overburdened hospitals”.

Germany is “in a very critical phase of the pandemic,” said Gaß.

Outgoing Chancellor Angela Merkel has described the rise in infections as “dramatic.” She has called for an urgent meeting with state premiers.

“The pandemic is returning in a new spectacular fashion,” her spokesperson said, calling on regional authorities to take further steps to quell the outbreak.

Several of the worst-hit states, including Saxony, Bavaria, and most recently Berlin, have introduced new restrictions aimed at non-vaccinated people, who have been the first to be affected by the rebound in cases.

Over 4.9 million people have been infected by Covdi-19 in Germany since the beginning of the pandemic.