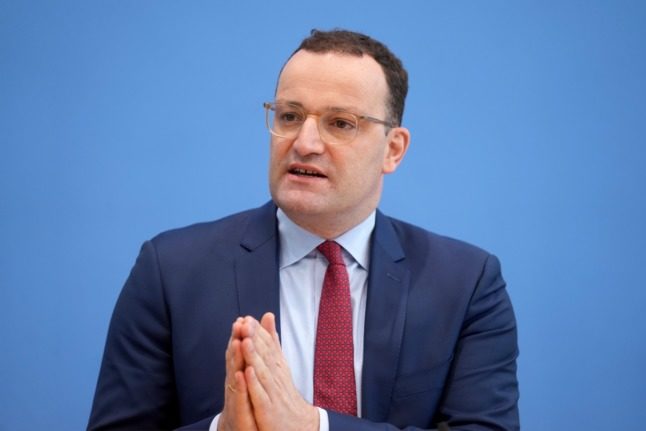 “We are currently experiencing mainly a pandemic of the unvaccinated and it is massive,” Spahn, who is the caretaker Health Minister before the next government is formed, told reporters on Wednesday.

“In some regions in Germany intensive care beds are running out again,” he added.

Germany, Europe’s most populous country with some 83 million people, has been grappling with a fourth wave of Covid-19 cases in recent weeks that has seen the seven-day incidence rate hit highs not seen since May.

The 7-day incidence of Covid infections per 100,000 people dropped for the second day in a row in Germany to 147 from 154, but experts say the Monday public holiday in some states may have affected figures.

The number of Covid patients in intensive care units (ICU) per 100,000 residents within seven days stood at 3.62, up from 3.29 on Tuesday. Germany’s previous highest hospitalisation incidence was around 15.5 at Christmas time last year.

More than 66 percent of the population is fully vaccinated, but Spahn expressed frustration that the uptake of jabs has slowed and that a significant proportion of 18 to 59-year-olds remain unvaccinated.

“The pandemic is not over,” Spahn said. “There would be significantly fewer Covid-19 patients in intensive care units if everyone got vaccinated.”

He urged people to get vaccinated, keep wearing masks and to keep distancing and airing out indoor spaces.

Spahn also called for tougher checks at establishments – such as restaurants and bars – or events where only those who can show they have been vaccinated, have recovered from Covid or have recently tested negative (so-called 3G rules), are allowed to enter.

“My vaccination certificate was checked more often in one day in Rome than in four weeks in Germany,” said Spahn, highlighting that the health pass system in Germany is not enforced consistently.

In some hard-hit regions, Spahn said, access should be limited to those who are fully vaccinated or can show proof of recovery – a system knowns as 2G in Germany.

“It’s nothing to do with vaccine bullying,” he said, “but with avoiding an overloading of the health care system”.

Spahn also mentioned obligatory testing for nursing homes, including tests for vaccinated and recovered people. Some federal states already have this rule, but not all, he said.

Booster jabs ‘should be possible for all’

Spahn’s final recommendation was for a bigger push on booster jabs.

He said the government first started offering top-up Covid jabs in August to residents and and staff in nursing homes.

“In these three months, there have only been two million third vaccinations (booster jabs),” he said, looking visibly frustrated. “That is too little. The pace of booster jabs is not enough, has (not) been for weeks.”

Spahn said the example of Israel showed how much of a difference booster jabs can make to the infection dynamics.

Spahn reiterated his call from last week that anyone who wants a top-up Covid-19 vaccination should be given the opportunity to do so six months after their last jab – regardless if they belong to a risk group or not.

The Standing Commission on Vaccination (STIKO), however, currently recommends a top-up shot only for the over 70s, people who are in need of care, people with pre-existing conditions, and those who work in the healthcare system or with vulnerable people.

People who’ve had AstraZeneca or Johnson & Johnson are also urged to get a booster shot – and those who’ve had J&J can get an mRNA booster vaccine four weeks after their shot.

But Spahn insists that everyone can get one. “After all, the approval is there and we have enough vaccine,” he said.

Spahn said regions should consider contacting older people directly, as is the case in North Rhine-Westphalia and Berlin, to remind people to get their boosters.

Another problem is that many people who want to get a top-up shot cannot find a doctor who will vaccinate them – this is reported to Spahn “every day”, the Health Minister revealed.

“If a 63-year-old wants the booster vaccination and the doctor says ‘no’ – that is not good,” he said.

‘Vaccinated people fall ill much less often than the unvaccinated’

Lothar Wieler, head of the RKI, said at the press conference that vaccinated people are far more protected than those who don’t get jabbed.

“Vaccinated people fall ill much less often than unvaccinated people, and they also have to go to hospital less often”, a look at incidences and hospitalisation figures clearly shows, said Wieler.

At the same time, however, Wieler stressed that vaccinated people – and those who’ve recovered from Covid – should not lull themselves into a false sense of security.

“Freedom is much more than just the individual choice to protect oneself – it is also the choice to achieve the common good. Solidarity remains the order of the day,” Wieler continued.

Leif-Erik Sander, head of the research group for infectious immunology and vaccine research at the Charité hospital in Berlin, emphasised that the probability of contracting the virus and passing it on is lower in vaccinated people.

However, it is also true that “in our own studies, we were able to show that about 40 percent of people over 70 years of age no longer have neutralising antibodies six months after their vaccination”, which increases the risk of breakthrough infections.

Therefore, the booster vaccination is all the more important because it increases protection again, “even significantly above the level after the second vaccination”, he said.

Sander expects that in the medium term, a top-up jab will be officially recommended to everyone in Germany.

From Saturday, masks will no longer be required on commercial flights, though people will still be expected to wear an FFP2 mask on long-distance trains.

States will also be given the option to introduce mandatory masks in other public indoor spaces, including on local public transport and in schools. If they choose to bring in masks, they’ll also have the freedom to introduce exceptions to masks for people who are recently vaccinated or who have tested negative for Covid.

States will also be able to introduce compulsory testing in schools and nurseries.

Speaking at a press conference alongside Robert Koch Institute (RKI) chair Lothar Wieler on Friday, German Health Minister Karl Lauterbach defended the decision to keep Covid rules in place when other countries in Europe have largely got rid of their pandemic measures.

“It’s not for me to criticise what other countries are doing,” said Lauterbach. “We have a particularly difficult winter ahead of us due to the energy crisis, we don’t want to make it worse through the Covid crisis.”

The SPD politician also defended plans for mandatory masks for residents and staff in nursing and care homes. Having 40 or 50 vulnerable people together in an enclosed space is “extremely high-risk”, he said.

Under the new rules set to be introduced on Saturday, residents of care homes will be expected to wear FPP2 masks in all common areas of the home, and will only be able to take them off in their bedrooms.

“For people in nursing homes, the FFP2 mask requirement means a considerable cut in their quality of life,” Regina Görner, chairwoman of the Federal Association of Senior Citizens’ Organisations (Bagso), told DPA:

“The nursing home is their home, in which they can then no longer move freely without a mask.”

Visitors to nursing homes, meanwhile, will have to supply a negative Covid test, while staff will be tested three times a week.

Under the autumn and winter rules, people across Germany will also be required to wear an FFP2 mask at their doctor’s surgery and in medical outpatient facilities such as hospitals.

“We’re better prepared than last autumn,” Lauterbach told reporters on Friday. “We have the infection numbers under control, we have this wave under control.”

As the weather turns colder, the Robert Koch Institute (RKI) has reported a steep rise in respiratory infections, including Covid-19.

Last week, the number of Covid patients jumped dramatically from 500,000 to 1.2 million per week, with cases rising significantly in every age group.

The numbers are believed to be partially inflated by the ongoing Oktoberfest beer festival, which is being held for the first time since the pandemic started. In Munich, the location of the festival, the weekly incidence is almost 800.

Speaking at the press conference in Berlin on Friday, RKI chair Wieler warned people not to get complacent about the threat of infection. 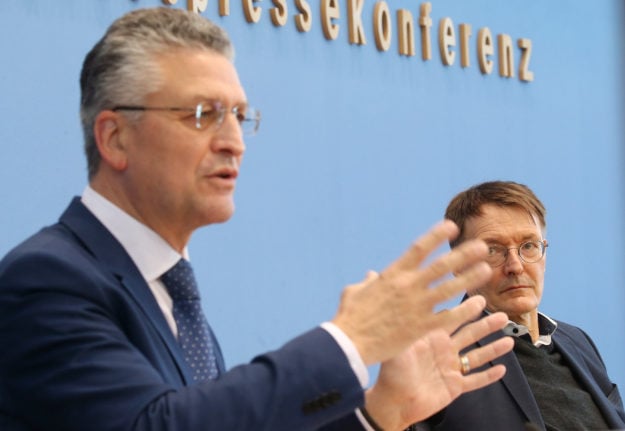 Despite the looming energy crisis, the RKI boss advised the public to ensure that rooms were well ventilated, adding that spaces normally occupied by a large number of people should be aired out more regularly.

He also advised people with Covid symptoms to stay home until they felt better in order to avoid passing on any infections, and warned that people should be especially careful to avoid contact with vulnerable people.

“Just like before, these people need our solidarity,” he said.

Self-isolation and quarantine rules vary from state to state, but people who test positive for Covid generally have to isolate for a minimum of five days and a maximum of 10.

In some cases, people can take an additional Covid test in order to end their isolation early.

The RKI has also recommended that people wear a mask in public enclosed spaces.